When to Buy the Dip in Fastly Stock

Fastly (FSLY) has gripped Wall Street’s attention since bursting higher in May on strong earnings. On Wednesday evening, it was in full focus again, as investors awaited the next quarterly report.

This one didn’t go over quite as well.

While Fastly responded to its first-quarter results with a 45.7% rally on May 7, the stock is reacting with a 20% fall on August 6, as investors digest the results.

The decline comes despite the company reporting better-than-expected earnings and revenue results and again raising its full-year guidance. The key difference? Expectations.

When Fastly reported its prior quarter, the stock was trading at $23. The closing price before its second-quarter results was $108.92. So even though Fastly’s business remains on fire and the results were better than hoped for, the bar was simply too high with shares up more than four-fold from the prior pre-earnings level.

Let’s look at the charts. 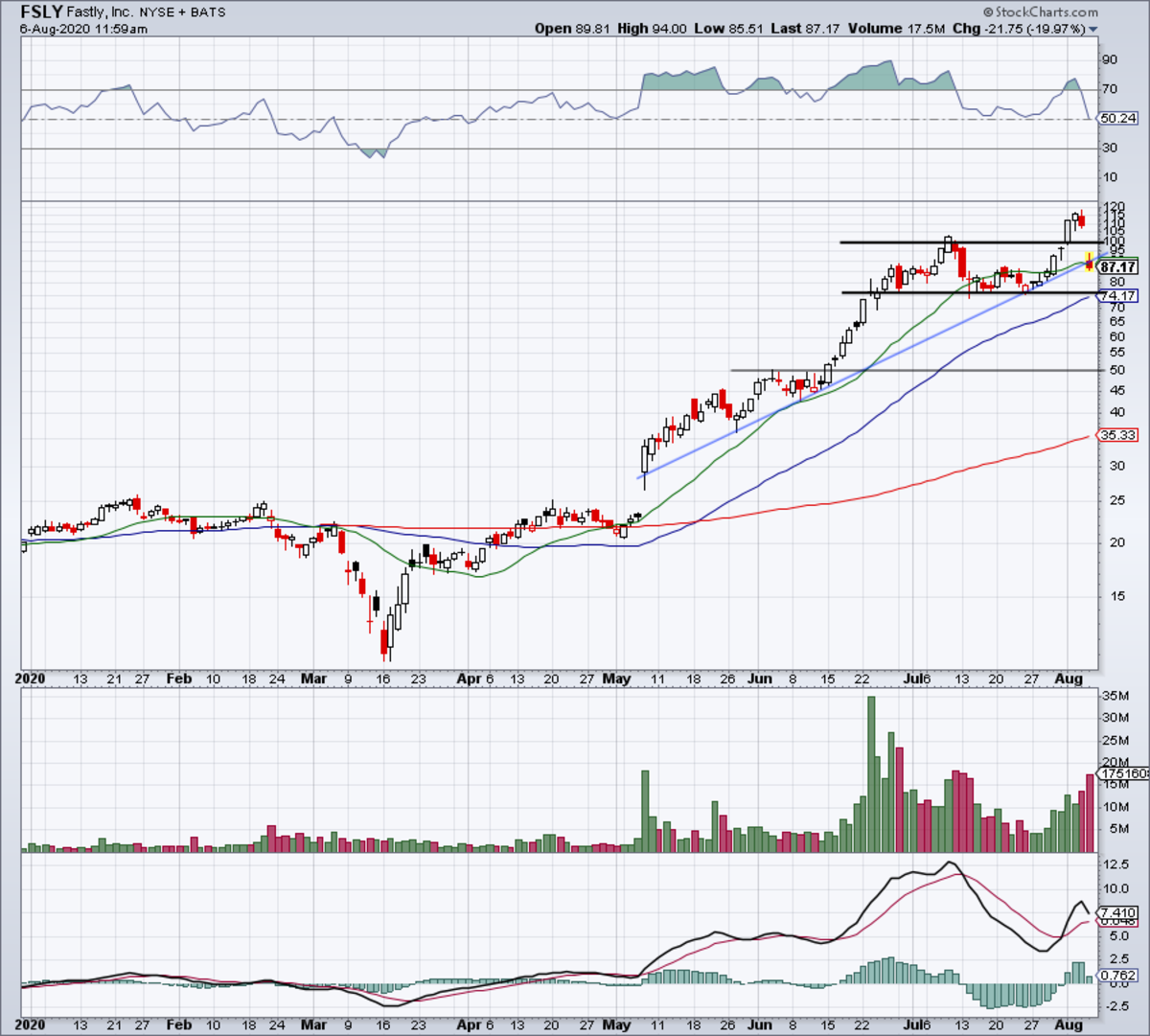 I want to be clear that I am quite bullish on Fastly over the long term and believe that it’s position in edge computing will continue to drive long-term growth. However, from the March low to the August high, shares rallied 1,005%.

A pullback shouldn’t really surprise anyone.

As of this writing, Fastly is down about 20% and currently flirting with a loss of its 20-day moving average and uptrend support (blue line). Below this area and it’s possible we see more selling pressure.

Long-term investors likely feel that $75 is a bargain for Fastly stock, while traders would expect a bounce from this area. It’s worth pointing out that the 261.8% extension from the March low to the 2019 high comes into play at $75.08.

For these reasons, I feel that $75 would be an excellent dip-buying opportunity in Fastly. If it fails as support, shares could head back toward $50, but there should be enough buyers hanging around to keep that from happening -- with the exception that we’re not in a steep and broader market decline.