Unlike Most Cannabis Stocks, This One Actually Makes Money

OrganiGram Holdings (OTCMKTS:OGRMF) is a Canadian company that grows and sells medical marijuana. Its products include various strains, oils, and even vaporizers. Despite being a pot stock, I like this company and am considering buying some shares. Because, unlike most marijuana stocks, OrganiGram actually makes money!

As you are well aware, there is a frenzy occurring in the legal cannabis markets. You can’t turn on the news or surf the web without coming across numerous stories about the marijuana industry. But it is important to understand that most of the cannabis companies are losing money and have no real future prospects.

Consider all of the companies that are trading for fractions of a penny. Most of these companies will eventually become unable to raise cash to run their businesses. They will be bankrupt.

Even well-known companies like Tilray (NYSE:TLRY) and General Cannabis (OTCMKTS:CANN) are losing money.

This type of phenomenon is not new. It has occurred many times throughout history when an innovative new industry is formed. For example, when cars were invented there were soon over 300 companies that produced them. Eventually, there were three. The same type of consolidation happened in the internet boom. 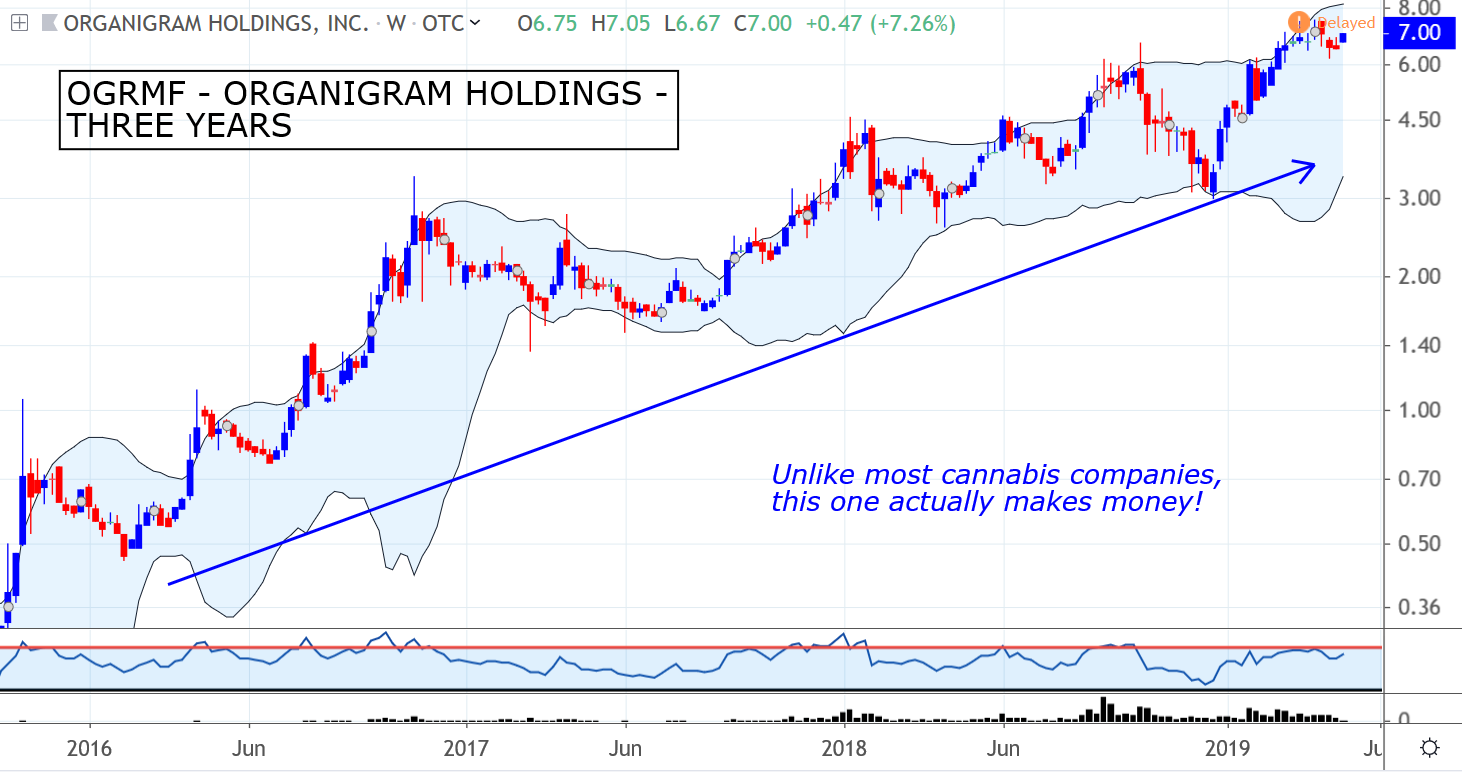 Analysts estimate that OrganiGram will earn even more than that this year. The average estimate is 24 cents and the average price target is $11.65.