For the first time in a long time, concerns about inflation are END_OF_DOCUMENT_TOKEN_TO_BE_REPLACED

The Common Sense Way To Get Rid Of Kim Jong-Un

That will never happen!

Much to the consternation of the little men in that incestuous, insular, politically inbred, inward looking place called Washington DC, young Kim is firing rockets into the air to much fanfare in his desperately poor paradise.

This week, the UN security council unanimously approved sanctions against the naughty boy north of Seoul. Stupid, stupid (which I’ll come to in a moment)!

In the meantime, more brilliance from Washington: 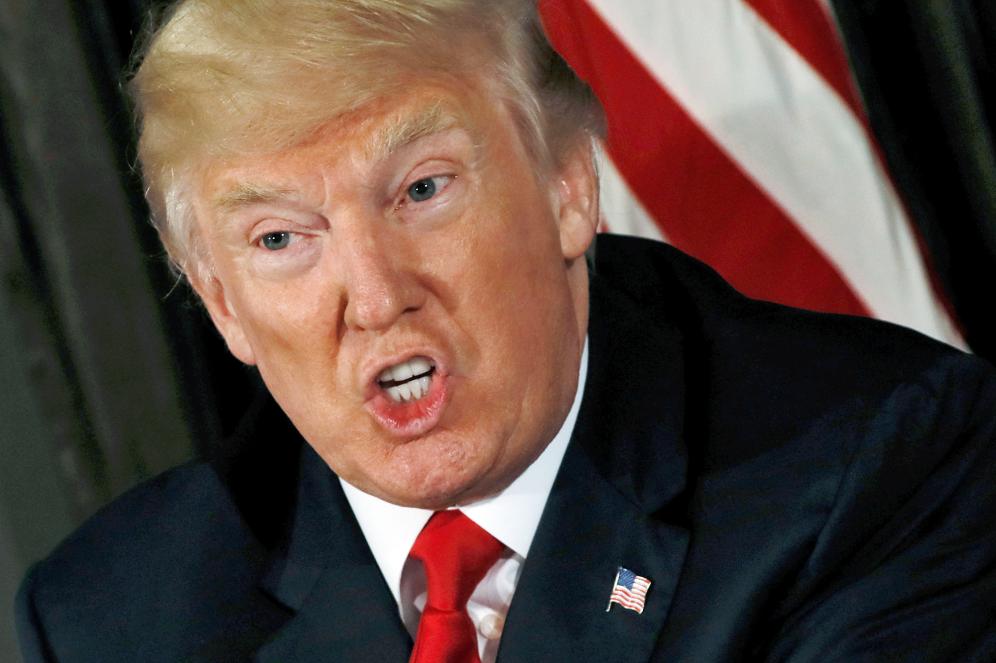 An entire bottle of Kalashnikov vodka laced with Prozac guaranteed to blow your head clean off is required to understand the logic. Hang on while I pour myself a glass.

North Korea poses less danger to the US than a bunch of angry Saudi teenagers with boxcutters and a belief that 72 virgins await them should they kill the infidel.

It’s a topic I discussed recently when suggesting the economics of warfare have changed:

What we’re seeing is power shifting into the hands of individuals or at least small groups as apposed to large groups.

This same dynamic is at work with respect to war.

All wars are won or lost due to either side’s ability to secure supply lines, logistics, transportation, provisions, military hardware, and communications. And the ability to pay for all of them. Just as any business which can’t finance its plans goes belly up so, too, does any army.

Now, imagine an army with the ability to decentralise all of these elements.

This army is actually technologically and economically backward. This doesn’t sound threatening until you realise that:

Would this not be a pretty powerful army?

Surely it hasn’t escaped the geniuses at the UN and in that five sided building that houses more wet-lipped psychopaths than a maximum security prison that nuclear weapons can quite easily be delivered by angry Algerian teenagers in oh, I dunno… a car, a truck, a boat, or a private plane.

And being intelligent readers, you’ll well know that there seems no shortage of angry Algerian teenagers quite willing to carry out such a task. Why, oh why build an incredibly expensive missile system to do what can be done easily, at lower cost, and delivered with greater precision to unguarded targets?

The answer is that young Kim needs a show of force to legitimise his very existence to the North Korean people.

The fact he’s recently stepped up his rhetoric should be treated as evidence of domestic pressures on his regime. And this means that there exists an excellent opportunity to bring down his regime… but it’ll absolutely never be used (more on that in a minute).

This brings me back to sanctions…

Those sanctions just provided Kim more fuel to fire up his domestic popularity than he could ever have garnered on his own. His response was precisely what you’d expect of every self-respecting dictator. He barked at them and used it as further evidence of the evil that “his people” must overcome.

The clowns at the UN sipping US$10 water must have said to themselves, “Well, we’ll hit him hard with these sanctions. We’ll deprive his people of goods and services and Kim will cave in and change his tune.”

Why? Because he cares so much for them and can’t stand to see them starve? Really? Are these people that dumb?

Or maybe they think to themselves, “His people will become so fed up with starving they’ll overthrow him”.

This tactic has worked splendidly before. Oh wait! No, wrong! It’s never worked before.

How it is that the inescapable logic and hard evidence defies entry into their cognitive functions requires another glass of Kalashnikov.

Dictators are bullies by nature, and bullies everywhere operate on a platform of fear, intimidation, and a show of resolute strength. Weakness of any sort is as dangerous as any nuclear weapon to them. Why would Kim risk being seen as weak and ineffective when doing so would threaten his very regime?

This would be like the Pope coming out saying, “Sorry folks it’s all a hoax. There is no God.”

No. Sanctions act only to bolster a dictator’s resolve.

People starved of resources are by nature less resourceful and actually less trusting of foreign influence – the very thing that those who are bringing the sanctions actually say they want. And so overthrowing him becomes even less of a probability. Well done guys!

Typically, the politics behind such things has less to do with logic than it does money. As I mentioned when discussing Trump and Russia, you can’t take away the rice bowls:

Why Washington and the Establishment Need a Russian Enemy

Without a Russian threat the need for NATO is… well, jeez Louise, there isn’t one. Hmmm.

After all, NATO doesn’t need Eurofighters to deal with angry Algerian teenagers. They were built to do combat with Ivan. What if Ivan isn’t the threat they need him to be?

Europe (and NATO) actually need weapons designed for a knife fight in a cubicle. Nuclear submarines seem like overkill for jihadists donning exploding underwear and yelling “Allahu Akbar” in a Paris subway. You sure as hell can’t fight him with a Mig-29. The problem is, none of this works for the lobbying military contractors sucking at the teat of Washington.“

Scrap the 20 F-22 Raptor jets boys. We’ve got an order for… Oh, jeez… An order for… 45,000 stab vests??… No, that can’t be right.”Without NATO Lockheed Martin may not build as many ugly and ludicrously expensive planes.

You have to make the distinction between a government and a people. They’re absolutely not the same thing.

Now, if you want to get rid of the North Korean people, then it makes perfect sense to turn North Korea into glass. That’s easy: Conjure up a reason like weapons of mass destruction and then go at it. We all remember Iraq. On the other hand, if your objective is to “liberate” them, the solution is really quite simple.

You immediately eliminate all sanctions and you absolutely let goods, services, and information flow. Immediately open the borders to allow North Koreans visa access to the rest of the world.

The Berlin Wall fell not because those nasty Commies got bombed to smithereens… or because they saw the light and came around to a smarter way of doing things.

No, it fell because information spread. I’d go so far as to say that it was the fax machine which brought down the Berlin Wall.

It sure as hell wasn’t some busybody know it alls in DC or any of the think tanks that litter the halls of power-like plastic bags on the side of an African highway.

If the West completely opened up to North Korea, there would be a greater infiltration of goods and services into North Korea, and this, much like the fax machine, would bring resources and information to the people of the country (remember, without resources it’s tough to displace Kim). More importantly, it would eliminate the ability of Kim to adequately have a terrible foe.

Show me one country with a desperately poor populace that has posed any real threat to the dictator running the show. Now go and read your history books and you’ll find that when a populace develops a middle class status the risks to the regime are much much higher.

This is where China is now, and it’s a balancing act – one, I might add, that China have been managing remarkably well by providing increased economic freedom while limiting political freedom (not unlike Singapore).

The reason the West will not eliminate sanctions is because our Western leaders refuse to allow overwhelming evidence to influence their repeatedly failed policies.

And so here we are…

The risks ratcheting higher everyday, and we know it only takes one stupid move and we’ll have cities in smoking ruins.

It’ll never be “tactical” or short. Forget about what the generals say.

Wars are more unpredictable than an epileptic on a bronco. Take a look at Iraq. It was going to be a cakewalk as was Afghanistan… and Somalia… and Vietnam.

“There are very few examples looking back over the last 25 to 30 years where sanctions have actually succeeded”. — Nicholas Burns, former US diplomat