Cheap stocks continue to be the land of opportunity for aggressive investors.We END_OF_DOCUMENT_TOKEN_TO_BE_REPLACED

With an actual Republican Congressman breaking ranks over the weekend and calling for impeachment, it's becoming more likely we may finally get to actual hearings. When that will be is another question, but to be prepared for what is likely to overtake the media for weeks on end, it might be wise to think about how markets could react and where gains or losses may show up.

No can predict with certainty but one thing I recall from the 1973 version of this is that it was accompanied, for whatever reason, by something called an "Arab oil embargo." You had trouble some days finding a gas station with gas. Impeachment hearings have global effects unseen and unexpected until they hit.

Who knows how it will unfold this time around, but maybe it'll be wise to follow the price patterns for these ETF's and this stock, just for starters:

iShares MSCI Russia Capped ETF trades on the New York Stock Exchange with an average daily volume of about 290,000 shares. Like a lot of stocks, this ETF hit a late December, 2018 low and then rebounded strongly -- from 30 to 36.5. After hitting a new 52-week high in mid-April, 2019, it's backed off a bit but remains at the upper edge of its yearly range. 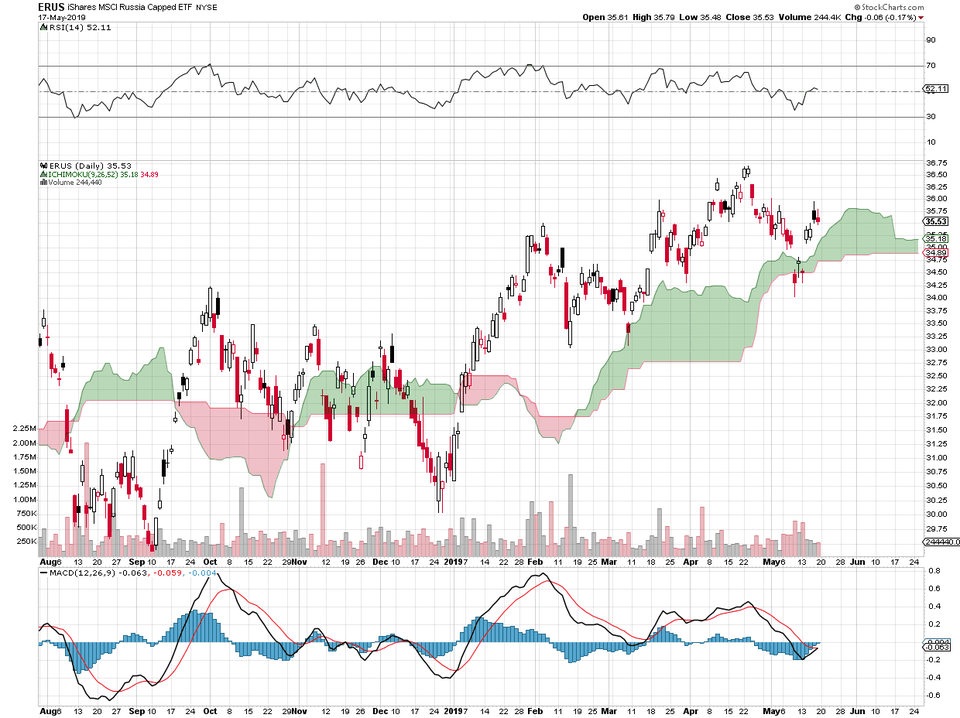 The 2 biggest components of this Russian ETF are energy companies: PJSC Lukoil and and PJSC Gazprom Neft. Those 2 alone make up about 30% of the fund's portfolio --  so the price of oil is more than relevant. How much of the ETF's price is propped up by Putin's close friendship with Trump is likely to be tested by a televised presentation of daily impeachment hearings.

VanEck Vectros Russia Small Cap ETF is another New York Stock Exchange traded ETF but this one might be more difficult to get in or out of at the price you want: average daily volume is a mere 6000 shares. Without the big oil stocks in it, the price has not moved to new highs. 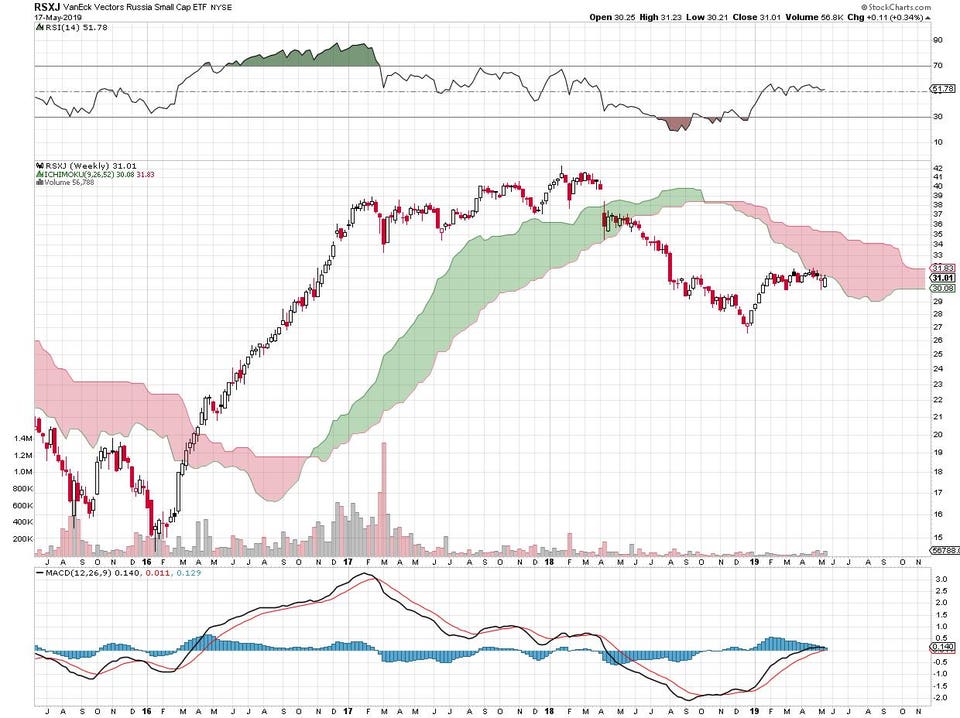 You can see that the rally upward in 2016 -- the first year of Trump's Presidency and a period of warm friendship with Vladimir Putin -- is a spectacular move. After peaking in early 2018, the ETF has struggled to regain bullish momentum. A 3.84% dividend is being paid while shareholders wait to see what happens next.

News Corporation owns and operates the President's favorite cable channel, Fox News, and just reported greater than expected quarterly earnings. This weekly price chart of the NASDAQ-traded stock shows how it peaked at the beginning of 2018 and has been selling off since then. 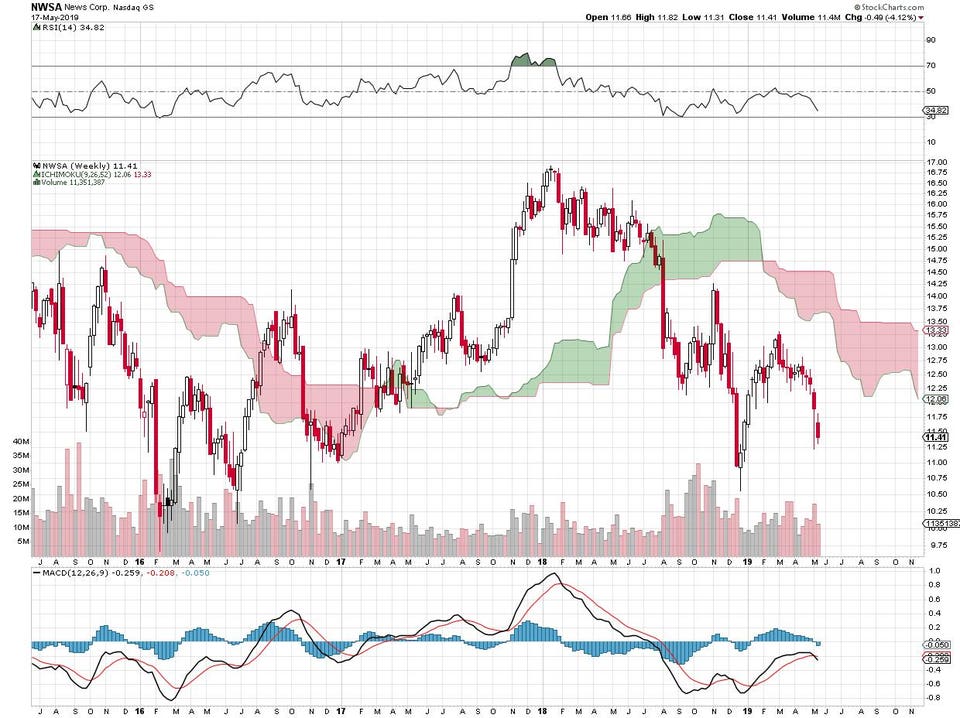 To put it another way, at a time when the NASDAQ Composite as a whole hit higher highs in April of this year, News Corporation has not even come close to higher highs. The stock is trading at a significant discount to its book value and investors receive a 1.75% dividend. Whether it benefits from a huge gain in the Fox News television audience because of impeachment hearings remains to be seen.