Stock Market Could Set New Highs in September, Then Crash in October

When I talk about the stock market, the most important measure is the S&P 500 Index, which is traded using the SPDR S&P 500 ETF Trust (SPY) , known as Spiders.

This ETF is poised for a new all-time high in Sept. as its quarterly and monthly risky levels are $305.22 and $319.09, respectively, above their all-time intraday high of $302.23 set on July 26. The catalyst for this melt-up is the expectation that the U.S. and China will reach a trade deal by October, and given the prediction that the Federal Reserve will cut the federal funds rate when it next meets on Sept. 18.

The October crash will feel like the December 2018 bear market decline. The cause could be a stalled trade war; Fed policy disappointment; or most likely, weaker-than-expected third-quarter earnings and cautious guidance. Failure to hold semiannual and annual pivots at $294.72 and $285.86 will provide warnings. The downside risk is to the "reversion to the mean" by year-end, which is the 200-week simple moving average now at $248.76.

The Daily Chart for Spiders 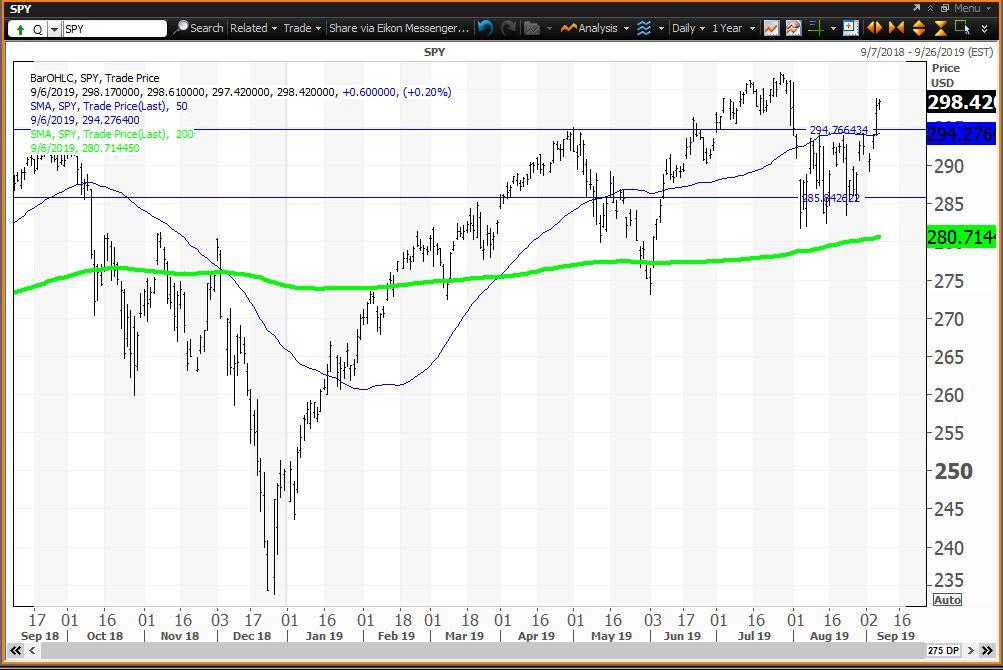 The daily chart for Spiders shows the ETF above a "golden cross" that formed on April 2, when the 50-day simple moving average rose above the 200-day simple moving average to indicate that higher prices lie ahead. When this bullish signal is in play, the trading strategy is to buy weakness to the 200-day SMA, which was doable on May 29 when the average was $277.32. Note how the technicals turned on a dime on Dec. 26 with a daily "key reversal" when the close of $246.18 on Dec. 26 was above the high of $240.84 on Dec. 24. Strategists who only track closing lows missed this important buy signal as they say the cycle low was the Dec. 24 close at $234.27.

The Weekly Chart for Spiders 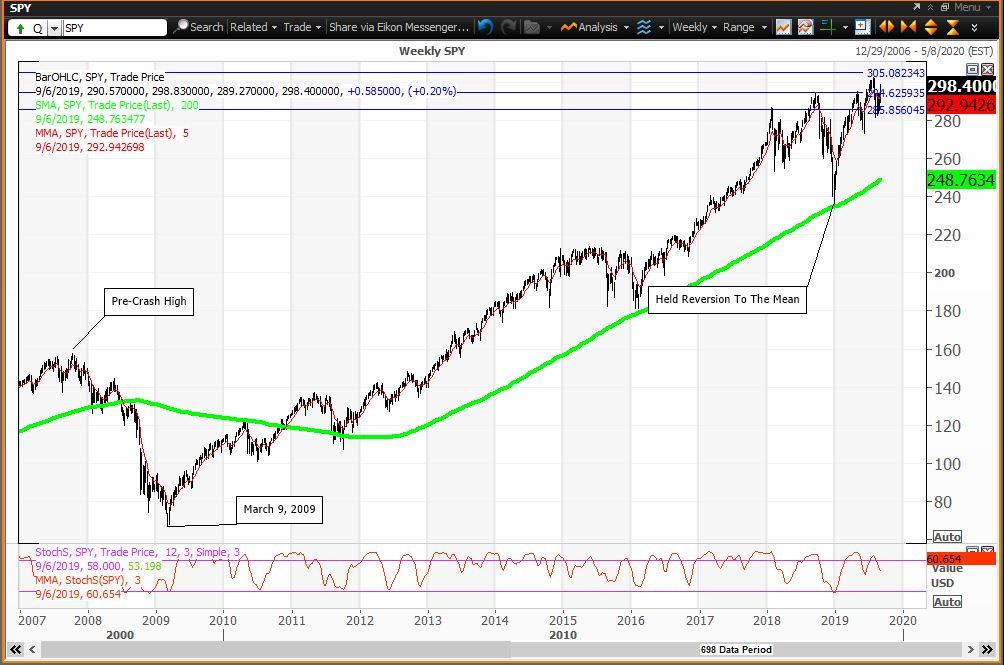 The weekly chart for Spiders is neutral with the ETF above its 5-week modified moving average at $292.82. SPY is well above its 200-week simple moving average or "reversion to the mean" at $248.76 after this average held at $234.71 during the week of Dec. 28. The 12x3x3 weekly slow stochastic reading is projected to end this week at 60.60 down from 61.98 on Aug. 30. If the melt-up continues, the stochastic reading will be rising again at the end of next week.