Our man Jay Powell is talking a little more about raising rates. END_OF_DOCUMENT_TOKEN_TO_BE_REPLACED

Cheap stocks continue to be the land of opportunity for aggressive investors.We END_OF_DOCUMENT_TOKEN_TO_BE_REPLACED

After a seemingly unstoppable surge higher for years, March was a tough one for tech stocks, as the curtain was lifted exposing Oz-like machinations behind the scenes that spooked investors enough to pop the bubble of delusion so many were living in.

After a magnificent 2017, Cryptocurrencies also started 2018 off poorly as yet another ‘bubble’ popped.

However, there was one ‘asset’ that had a tremendous 2017, and has gone on to greater and bubblier things in 2018.

Bitcoin has bust, FANG stocks are FUBAR, but The SNB is accelerating.

As we noted previously, The SNB made 32 times more than 85 Swiss private banks… and owns a record $100 billion-plus of American stocks…

$11,589.01. – That’s the US dollar amount of American stocks the Swiss National Bank owns on behalf of every man, woman and child in Switzerland.

Let that sink in. 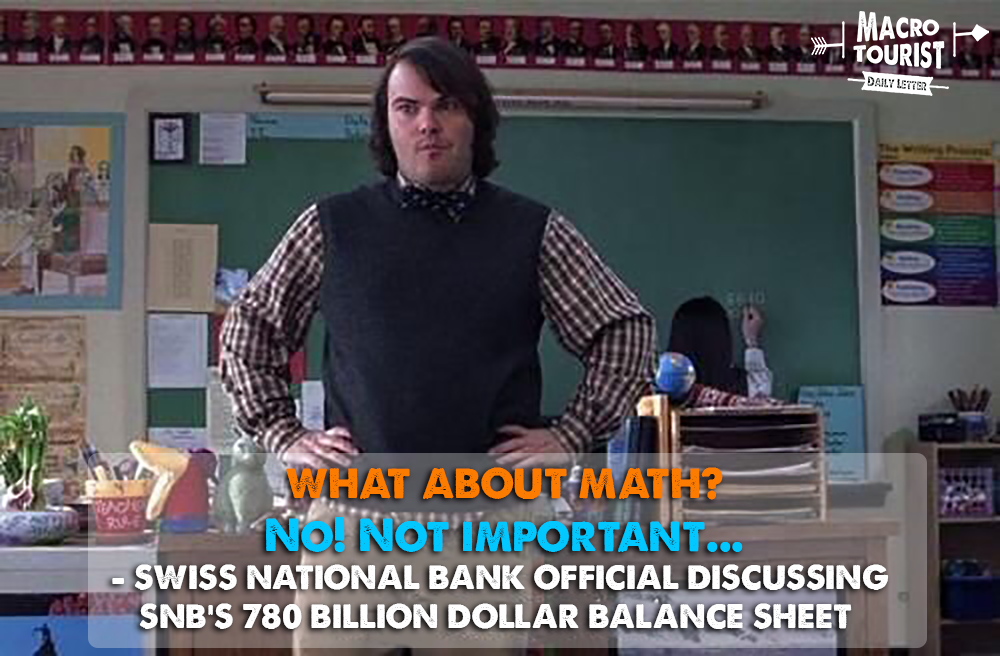 A Central Bank has taken on itself to expand its balance sheet and invest in the proceeds, not in gold, nor sovereign debt – heck not even in corporate bonds. Nope, the SNB has taken it upon itself to “invest” that money in another country’s most risky part of the capital structure – equity. 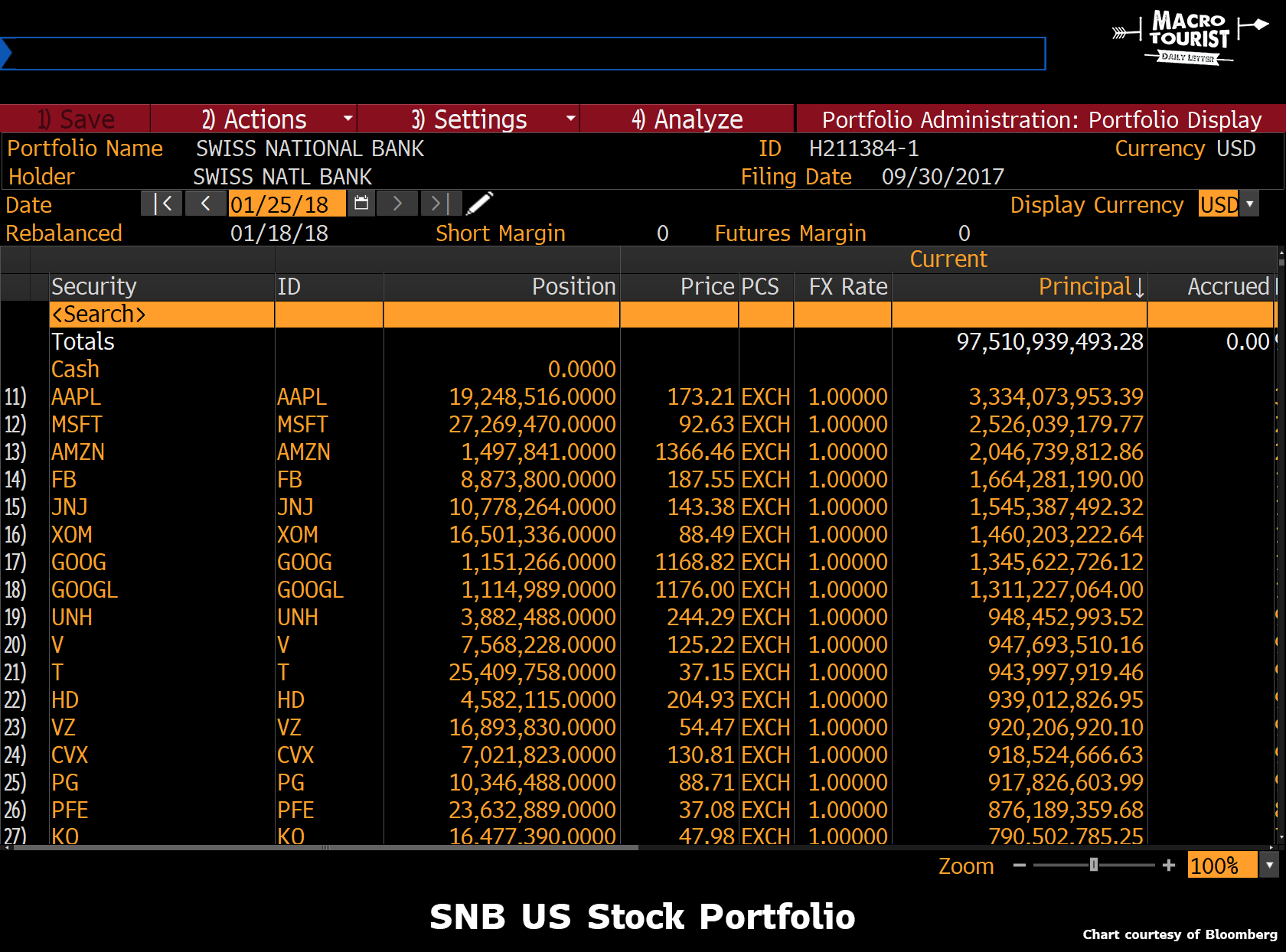 In a strange twist of fate, the Swiss National Bank is not only Switzerland’s Central Bank, but also a publicly traded security.

However, as Holger Zschaepitz notes, the market cap of the Swiss National Bank remains below CHF1bn amidst a profit of CHF54.4bn.

As Macro Tourist’s Kevin Muir concluded previously, I worry that right now, Central Banks are being rewarded for keeping their balance sheets as big and risky as they can stomach. It appears to be a trade with no cost, and in fact, helps out by both keeping their currency weak, and in the meantime, making some money. It encourages them to be extremely slow easing off the accelerator.

The idiocy of Central Banks taking this sort of risk is beyond description, but no sense arguing about it – it is what it is.

But, if this sort of Central Bank insanity continues at this pace even though the global economy is firmly in the green, then it only affirms my belief that Bill Fleckenstein was correct when he said, “the bubbles will continue until the bond market takes away the keys.”

PS: If the Federal Reserve decided to invest $11,589 in the US stock market per American citizen, they would need to buy $3.75 trillion of stocks… That would mean they would have to almost double the already inflated balance sheet. That’s the level of absurdity from the Swiss National Bank.