Sell AMD Between These Levels as Stock Is Extremely Overvalued

Advanced Micro Devices reports its second-quarter earnings after the closing bell on Tues., July 30. My call is to reduce holdings with the stock between its monthly pivot at $32.68 and weekly risky level at $36.48. The stock is extremely overvalued with a P/E ratio of 113.40 without paying a dividend, according to Macrotrends.

Analysts expect AMD to earn 8 cents to 9 cents a share when it reports quarterly results after the closing bell on July 30. Wall Street bulls say that AMD will benefit from robust demand for graphic processor chips used in gaming, automobile and blockchain applications. The key will be guidance as some say demand for chips in the graphics and memory sectors is weakening. Last week Wedbush raised its price target to $39 per share.

The Daily Chart for AMD 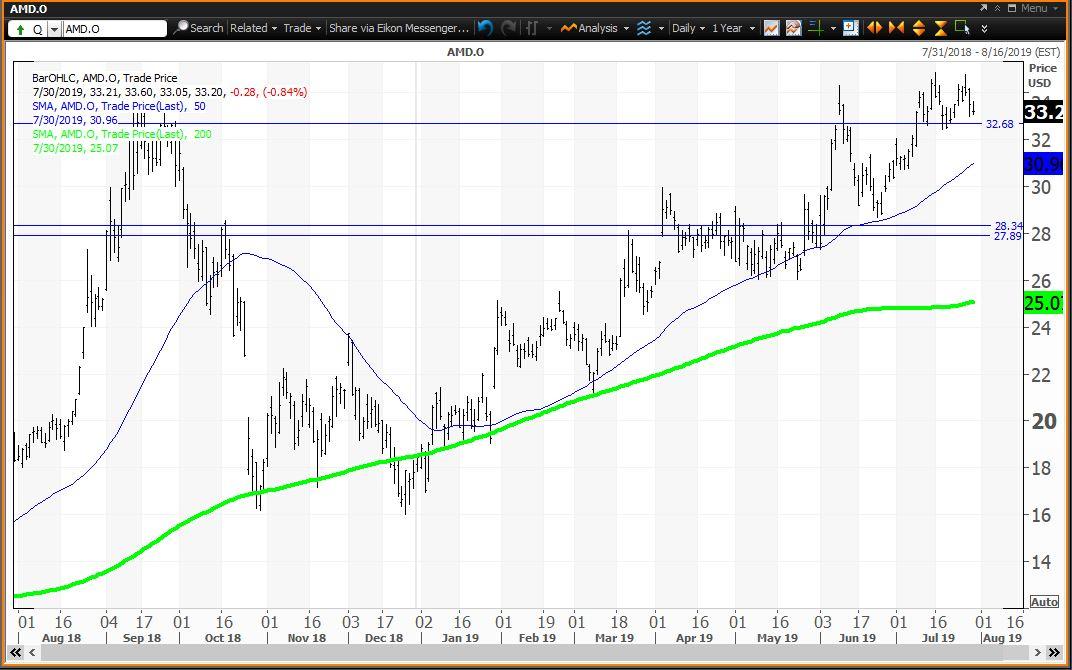 The daily chart for AMD shows that the stock has been above a "golden cross" for more than 52 weeks. This "golden cross" was confirmed on June 13, 2018 when the 50-day simple moving average rose above its 200-day simple moving average and indicate that higher prices would follow. This tracked the stock to its 52-week intraday high of $34.86 set on July 16. Note how many times investors could have bought along the 200-day SMA as it rose between Oct. 29 through Jan. 29 when the average was $19.45. The close of $30.37 on June 28 was an important input to my proprietary analytics. The monthly pivot for July is $32.68 and the third-quarter value level is $28.34 with the second-half value level at $27.89. Note that when the stock traded as low as $16.03 on Dec. 26, it closed that day above the Dec. 24 high. This is called a "key reversal" favoring higher prices.

The Weekly Chart for AMD 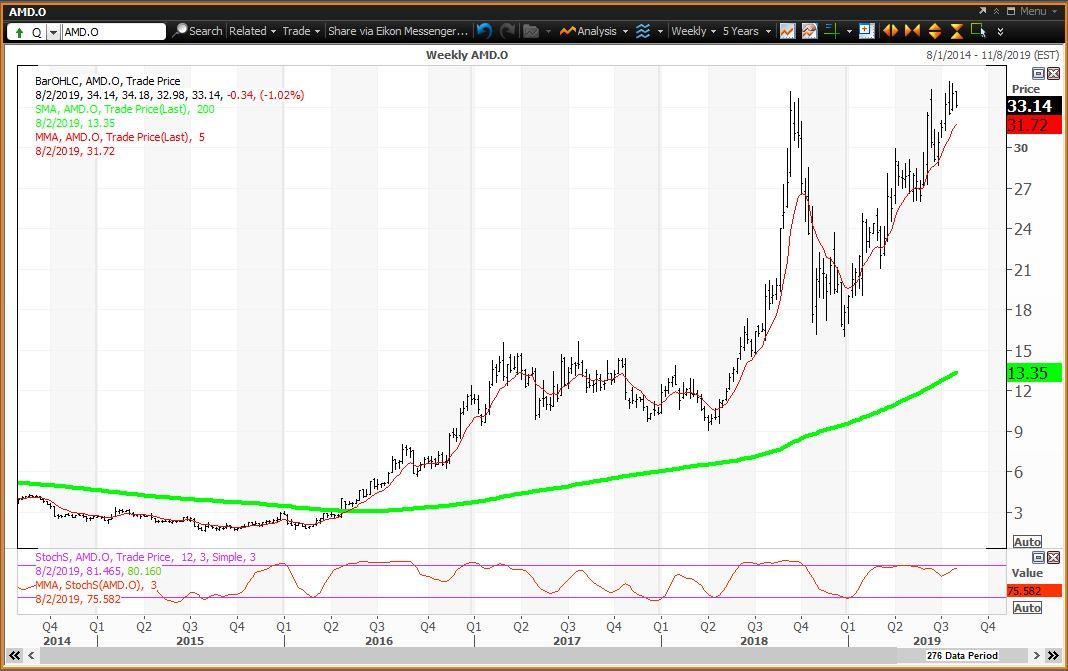 The weekly chart for AMD is positive with the stock above its five-week modified moving average of $31.71. The stock remains well above its 200-week simple moving average or "reversion to the mean" at $13.35. The 12x3x3 weekly slow stochastic reading is projected to rise to 75.49 this week up from 72.64 on July 26.

Trading Strategy: Buy weakness to the quarterly and semiannual value levels at $28.34 and $27.89, respectively, and reduce holdings with the stock between its monthly pivot at $32.69 and on its weekly risky level at $36.48. The monthly pivot has been a magnet since July 9.