Last year was probably the toughest in recent history on airline stocks. END_OF_DOCUMENT_TOKEN_TO_BE_REPLACED

GameStop (NYSE:GME) is up 85% over the past month through June 8. END_OF_DOCUMENT_TOKEN_TO_BE_REPLACED 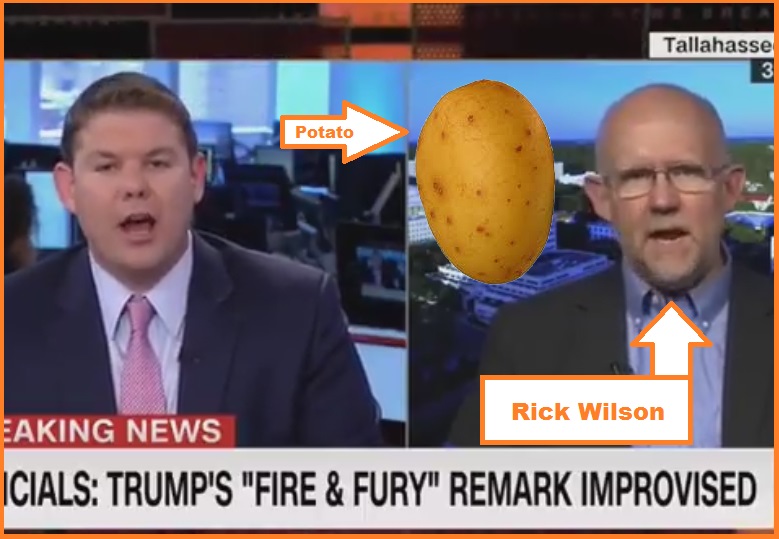 GOP #NeverTrumper Rick Wilson, whose head resembles a potato, got into a heated exchange with CNN’s conservative pundit Ben Ferguson over President Trump’s “Fire and Fury” threat to North Korea.

Wilson, a huge fan of general McMaster – whose burning desire to see the President fail is rivaled only by the likes of Maxine Waters, Chuck Schumer, and Adam Schiff – appeared to have a potato-related mental block regarding Trump’s comments – insisting that “fire and fury”could only mean nuclear weapons.

“Ben’s answer to you betrays a level of naïveté about nuclear weapons and about the Korean peninsula in specific that is utterly staggering,” Wilson told CNN host Brooke Baldwin. “That is some weapons grade stupidity right there.”

The two pundits argued back and forth over the semantics of Trump’s comments for nearly ten minutes. ‘Potato Rick!’ employed a broken-record approach, droning on about ‘muh binary definition’ while an astounded Ferguson couldn’t seem to penetrate Wilson’s mushy potato-skull.

“You’re turning this into second grade here,” Ferguson said, adding “Listen carefully because you’re having a hard time understanding this. There are other options militarily besides only nuclear options. ‘Fire and Fury’ does not necessarily mean only push the red button for a nuclear war. It is incredibly incompetent and ignorant to imply that the only option our military has is to actually do nuclear war.”

Check out some of Rick’s retarded tweets and responses below: 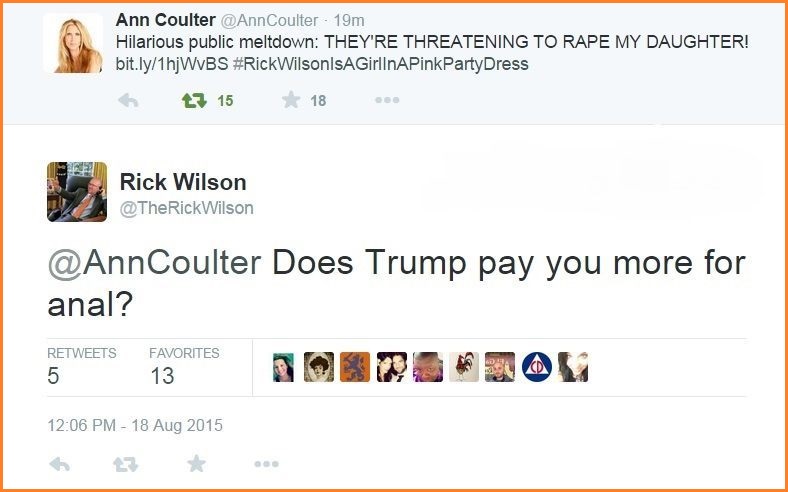