Short sellers are rarely popular, but their job is important. As I END_OF_DOCUMENT_TOKEN_TO_BE_REPLACED

Bank stocks, admittedly, are not the sexiest investment vehicle. After all, with END_OF_DOCUMENT_TOKEN_TO_BE_REPLACED

When screening the market for stocks that are trading at fair prices, END_OF_DOCUMENT_TOKEN_TO_BE_REPLACED

The Morning Joe staff have been energetically suggesting the Trump presidency would mark an end to the Republican Party as we know it.

Just before the recent elections, which demonstrated widespread support for the GOP, former republican, Joe Scarborough predicted widespread losses for the party of Lincoln. 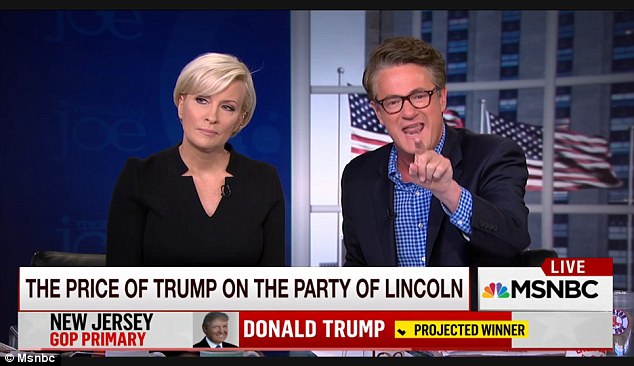 After the exact opposite occurred, Joe took to the teevee in shock — hemming and hawing about how America could still vote for the party of Lincoln, in spite of Trump. 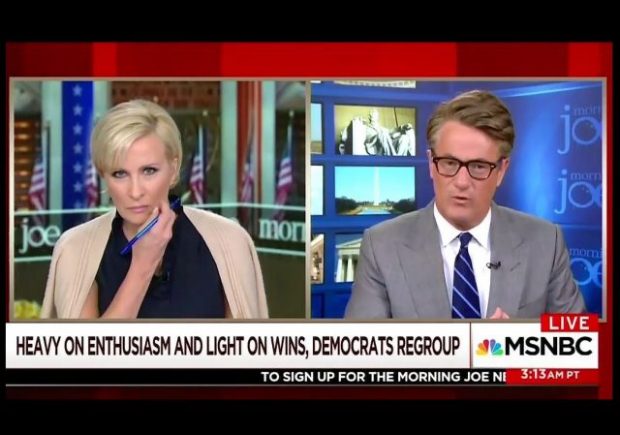 Today, July fundraising data showed the RNC absolutely crushed the beleaguered DNC, prompting Joe to find religion as to why this is happening. He concluded that ‘identity politics’ was hurting the DNC, which drew the ire of Share Blue, the DNC backed propaganda arm responsible for spamming conservative websites with pro DNC messages. 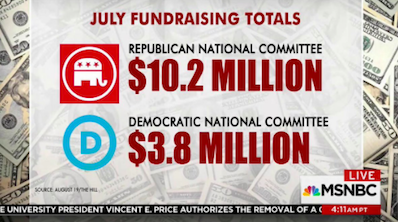 Watch the Morning Joe panel lament over the utter and complete failure of the DNC to capitalize on Trump’s White House discord — pointing to the fact that recent polling shows republican candidates pulling ahead of democrats, out-raising them by 3 to 1.

Morning Joe panel tries to explain how the RNC outraised the DNC by 2-1 in July. pic.twitter.com/nykUxXtRGY

“Maybe they (DNC) can retake the house in 2018 with a completely inept message.”

And here was Joe’s twitter screed, lecturing the democrats on how to beat his former party.

Actually just shocked at how bad the Democratic Party is at finding a unifying message after getting hammered in elections for 7 years. https://t.co/LQJcjRTRsC

They continue to wallow in identity politics instead of finding a unifying message for working class Americans. They can’t help themselves. https://t.co/GgubO2mmYY

How do you fail to find a unifying message when Donald Trump and the Republican Congress are your opponents? Unbelievable. https://t.co/Arm3UN4C9u

Civil rights are under attack by Trump.
And those non-white, non-male, non-straight “identity” folks?
They WORK too. https://t.co/P7GYlnfqeW

Dear Shareblue,
You just proved my point. You racebaiting me on Twitter won’t win a single Democratic seat. That should be your concern. https://t.co/JmQ487fvhC

When you Balkanize voters and then suggest I think “non-white, non-male, non-straight” people don’t work, that’s a problem. https://t.co/nMs1aNRErj

I’m suggesting the Democratic Party needs a unifying message for ALL working class voters. You somehow tried to make that negative. #Unite https://t.co/cgLAywbw2f

Independents and concerned Republicans also need to build a message that unites ALL Americans together as one. #Unite #EPluribusUnum https://t.co/DH6xKpzLzh

Explain how this is happening, democrats?