Microsoft – Three Areas to Buy the Stock Once It Finally Dips

The move comes as the tech giant pledges to become carbon negative by 2030 and is putting together a $1 billion Climate Innovation Fund. It’s simply another sign that climate change is taking front and center - and that goes for the business world too.

It’s one reason Microsoft was chosen as Real Money’s Stock of the Day.

Microsoft and Apple were the only two U.S. public companies with a market cap in excess of $1 trillion. On Thursday, they were joined by Alphabet, putting together a powerful trio of tech titans.

Can the stock continue to run? Let’s look at the charts. 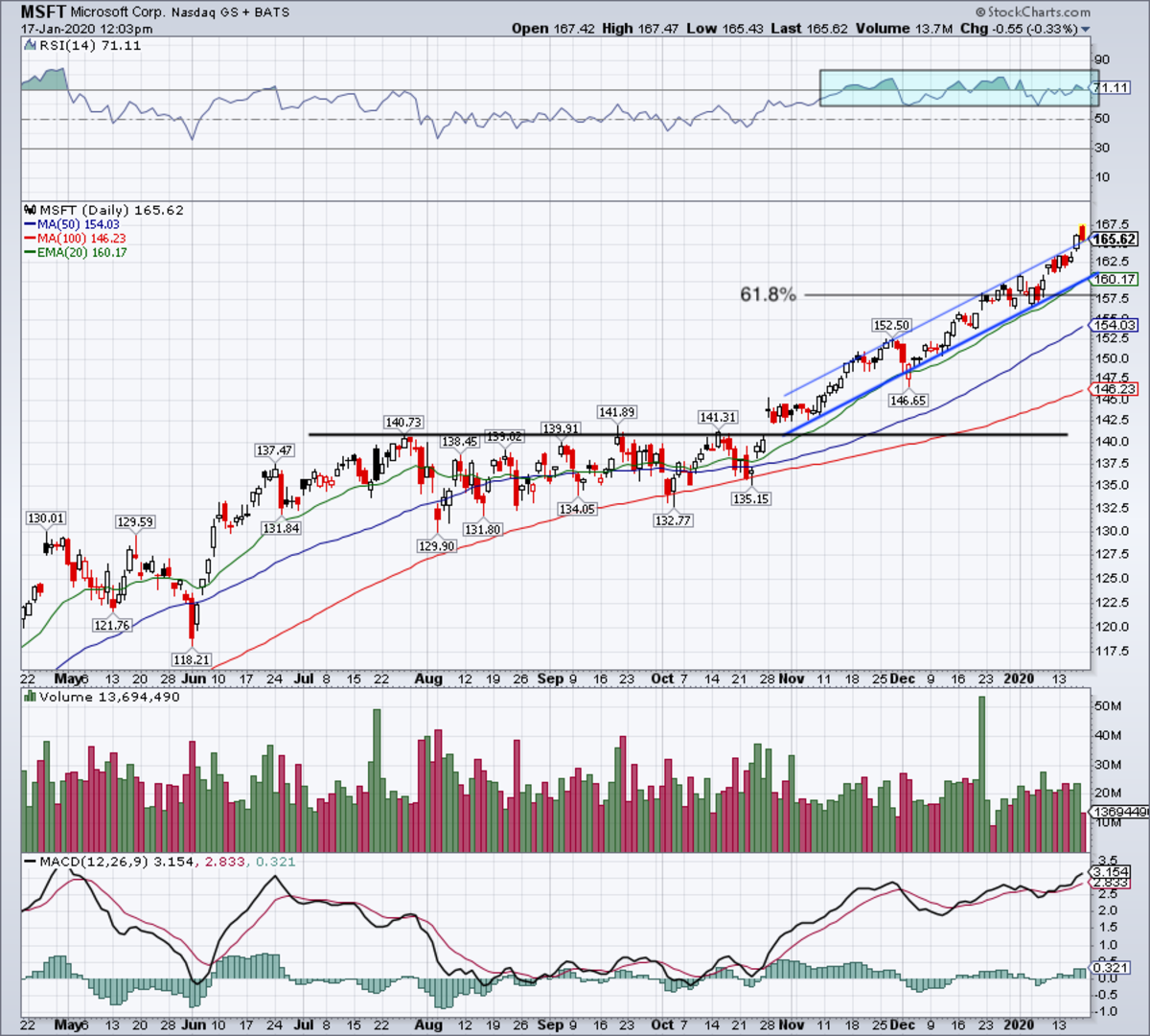 Almost every stock suffered in the fourth quarter of 2018, and Microsoft stock was no exception. However, shares jumped higher at the start of 2019 and just kept on rallying. By the time it was July though, the rally needed to take a break.

Shares digested the recent gains for several months, consolidating between $132 on the downside and $141 on the upside. In October, shares gapped up over range resistance on earnings, chopped sideways for a week or two, then exploded higher.

From the post-earnings low to the most recent high on Friday, Microsoft stock has run 17.5%. Worth noting is that the 61.8% retracement for this range comes into play at $157.84.

Amid this rally, the 20-day moving average and uptrend support (blue line) have been guiding Microsoft shares higher. Currently down near $160, that’s the first buy-the-dip spot for traders to keep an eye on. While the stock will need to cool off eventually, there’s little reason to bet against a trend until it actually breaks.

However, if the trend does break, look to see if the 61.8% retracement buoys the name. That zone becomes extra potent if the 50-day moving average is able to rally up toward it and time up with a pullback. Obviously that may not occur, but if it does bulls likely will have even more confidence buying the dip in this area.

Finally, if Microsoft really takes a tumble, look for the rising 100-day moving average to act as support. Don’t expect this mark to be in play next week, but in the coming weeks and months Microsoft stock may very well pay it a visit.