Market Charts and Data Are Showing Some Cracks

With the state of the charts and data combined with valuation, we are shifting our outlook for the major stock indices.

Charts saw a bit of deterioration Wednesday while the data is starting to see some potential cautionary signs appear as well.

All of the major equity indices closed lower Wednesday with negative internals as notable selling pressure appeared in the last hour of trading.

All closed at or near their intraday lows.

Some negative events occurred as the Dow Jones Transports closed below support, turning its near-term trend to negative from neutral.

Both the Nasdaq Composite and Nasdaq 100 (NDX) gave bearish stochastic crossovers as the NDX (see below) closed below its short-term uptrend line that shifts its trend to neutral. 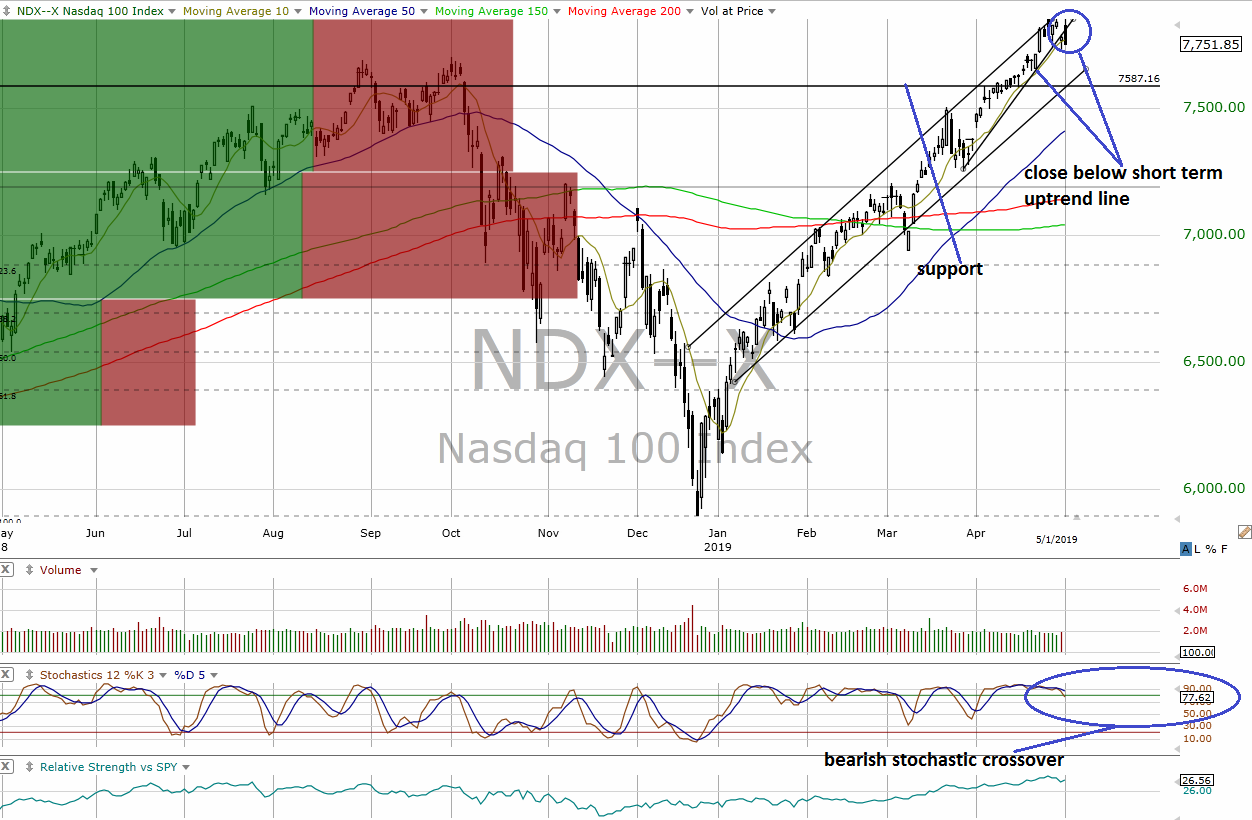 The S&P MidCap 400 Index also broke its uptrend like the NDX with the same shift in trend.

So, we now find the S&P 500, Nasdaq Composite and Russell 2000 in uptrends with the Transports negative and the rest neutral.

The Nasdaq cumulative advance/decline line has turned neutral as well.

The data remains largely neutral but with one psychology data point turning cautionary.

The Open Insider Buy/Sell Ratio remains neutral at 48.5 as is the percentage of S&P 500 stocks trading above their 50-day moving averages with a 64.4% reading.

However, crowd sentiment data has now turned more cautionary with the detrended Rydex Ratio (0.85) moving into bearish territory as is the Investors Intelligence Bear/Bull Ratio at 18.4/53.4.

We now are of the opinion that there has been enough of a shift in the charts and data, as discussed above, to alter our near-term outlook for the major equity indices to "neutral" from "neutral/positive."