With one-third of S&P 500 companies declining to provide guidance, picking winners and losers has become a  delicate business.

How can anyone possibly figure out what’s going to happen to earnings when the companies themselves have admitted they don’t know?

Regardless, one of the defining characteristics of stock investors is that ignorance of the future has never stopped them from making bets — big bets, in some cases.

The last few weeks have seen many unusual flows into exchange-traded funds that offer an insight into what those bets look like.

Here are some broader themes:

Is This The Bottom?

How many times have you heard this story? Despite the worst possible outlook, some investors are trying to call bottoms in beaten-up industries like energy and airlines

Shares outstanding in the S&P 500 Energy ETF, for example, have increased 45% since the beginning of April. 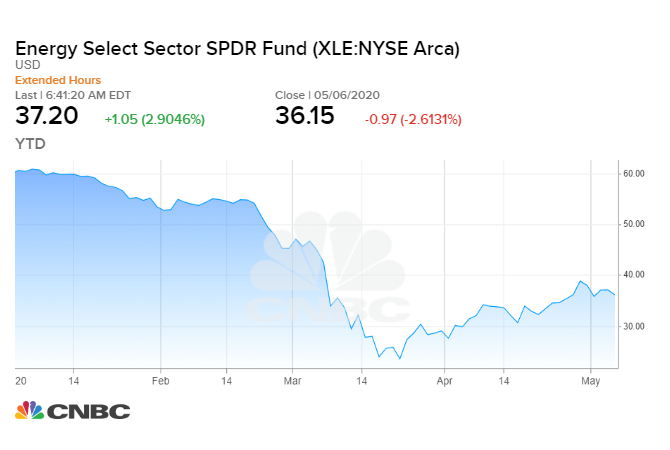 It’s even wilder for U.S. Global JETS ETF, a basket of mostly American airlines. Shares outstanding have gone from 1.5 million at the end of March to north of 40 million shares. 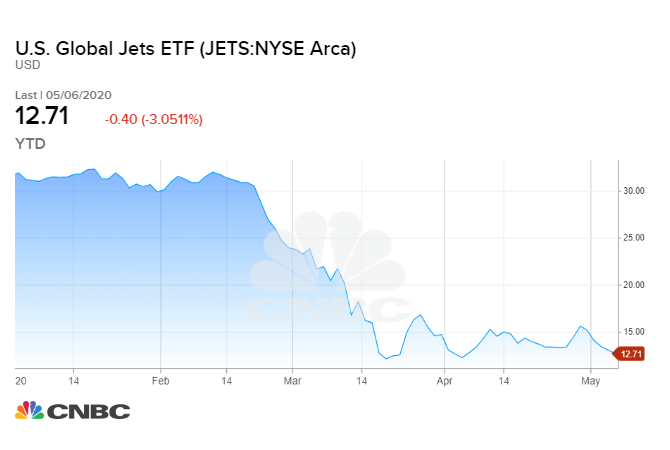 The Winners Will Keep Winning

What they have in common is heavy weighting toward technology (nearly 50% in all cases), and an emphasis on the five largest companies: Amazon, Apple, Facebook, Alphabet, Microsoft, as well as Visa, Mastercard and a few others.

For veteran ETF watcher Dave Nadig, CIO and director of research at ETF Trends, it’s simple to explain: quality and growth. “People are looking for 1950-style blue chips, which today are the Amazons and Googles of the world,” he told me.

A smaller but equally enthusiastic groupis continuing to pour money into gold ETFs. Call them the doom-and-gloomers: those who believe gold is a haven in uncertain times. Investment demand for gold is way up even as jewelry demand in China and India, the two largest jewelry markets in the world, is down.

Shares outstanding in the largest ETF that holds gold directly, SPDR Gold Trust, are at their highest level since 2013, even as gold prices also hit a seven-year high, swelling the value of the fund to over $50 billion. Shares in competitor iShares Gold Trust have also skyrocketed.

Into The US, Out Of Everywhere Else

Another noticeable trend: into America, out of Europe and Asia. There have been outflows in the largest European ETFs, including Vanguard FTSE Europe, SPDR EuroSTOXX 50, iShares MSCI Eurozone and iShares Core MSCI EAFE.

The picture in emerging markets is a bit more nuanced, but in general there have been outflows from the larger funds as well, including Vanguard FTSE Emerging Markets and iShares Core MSCI Emerging Markets ETF.

Todd Rosenbluth, head of ETF and  mutual fund research at CFRA, said it was no surprise investors were reducing exposure to areas with significant China influence. “With expectations that China and other historically fast growing markets experiencing the same pain as the US, investors have chosen to reduce their risk profile,” he wrote to me.

What’s It All Mean?

Rosenbluth says what is happening in ETF flows is just investors playing two of the oldest games in the book.

“Investors are bottoming-fishing and playing ‘let the winners run,’ he said. “It’s a bifurcated investment market. The great thing about ETFs is that enables you to pick the winners and losers that you want.”