How to Make and Lose $2b on Blockchain

In the wild world of blockchain pioneers, Power Ledger founder Jemma Green is a rock star.

The former investment banker oversaw the biggest initial coin offering in Australian history, was chosen as EY's fintech entrepreneur of the year, and won an international start-up competition overseen by Sir Richard Branson. She even stepped in as Perth's mayor last year. 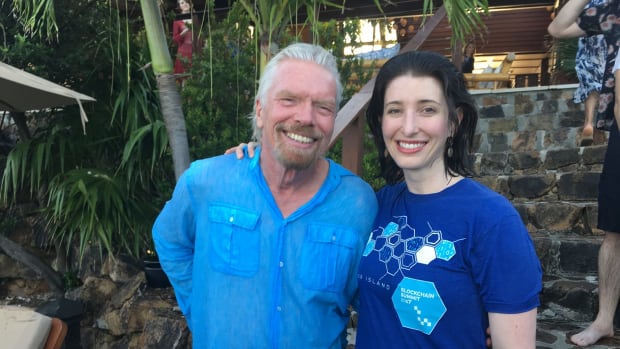 Power Ledger founder Jemma Green won the Extreme Tech Challenge in 2018, which was judged at Richard Branson's private island in the Caribbean.

Green created a virtual currency worth more than $2 billion at its peak. Yet her trading system has a tiny take-up, was rejected by the one big electricity retailer that tested it, and a government-funded trial hasn't met the expectations of some involved.

Now, some experienced tech and green-industry figures are posing an awkward question: does Power Ledger epitomise the over-hyping of blockchain?

"I'm a software engineer by training, have been mucking about online for 35-plus years and am an energy geek," says Melbourne green-energy investor Simon Holmes a Court. "I still don't understand what valuable problem they are trying to solve.

"The basic infrastructure to manage transactions at massive scale already exists – [there's] no need to use Blockchain."

Blockchain, which is the basis for Bitcoin and similar currencies, was invented in 2008 by an unknown person. Despite billions invested in the technology, it is unclear if there are any profitable blockchain businesses not directly involved in cryptocurrencies.

"We've seen a bunch of profitable blockchain applications, but all have been focused on obtaining and trading crypto and their profitability is generally linked to prices – think miners, exchanges and wallet providers," says John Henderson, a venture capitalist at AirTree Ventures.

Part of blockchain's popularity is as much ideological as financial. Encrypted databases spread around the internet, controlled by no one, blockchains represent a technological rebellion against the centralisation of economic power in governments and central banks, whom many hold responsible for global financial crisis.

"Blockchain has been seen as a nirvana – its ideological roots are decentralisation and removal of institutions," says Peter Williams, a partner at Deloitte Consulting who specialises in technology. "The zealots are into self-sovereign ID, everything decentralised and the end of institutions."

Last year, the blockchain enthusiasm drove a global investment wave. Some 1225 initial coin offerings, the blockchain-equivalent of IPOs or sharemarket floats, raised $US7.5 billion through the sale of blockchain tokens or coins, much of it from individual investors, according to the ICO Data website. The technology was predicted to change dozens of industries, from shipping to healthcare.

In Australia, Green was at the forefront of the movement. Her company promised to apply blockchain's anti-authority ethos to challenging big electricity monopolies.

Green had been in London for 11 years. After starting as a trading assistant at the Royal Bank of Scotland, she joined JP Morgan, where she assessed the environmental and social risk of new loans and shares.

In 2013 she returned to Perth, where her father had bred and trained racehorses. She began to ascend the city's business and social hierarchy.

Green enrolled in a PhD at Curtin University, consulted under the brand The Green Enterprise, and ran for the City of Perth council. She joined the advisory board of One Million Women, a female climate change group based in Sydney.

Within four years she was deputy mayor and head of one of the Perth's hottest start-ups. She was tweeting Elon Musk, trying to get him interested. (He didn't reply.) "The motto that I live by is 'anything's possible'," she said at the time.

Green had hatched a plan worthy of her motto: cash in on the bitcoin boom by creating one billion virtual-currency tokens.

Her pitch was almost impossible for outsiders to understand. The ambition was unmistakable.

It sounded like an IPO. It wasn't. Instead, the tokens gave investors the right to use Power Ledger's technology at some point in the future. The weren't entitled to any profits. 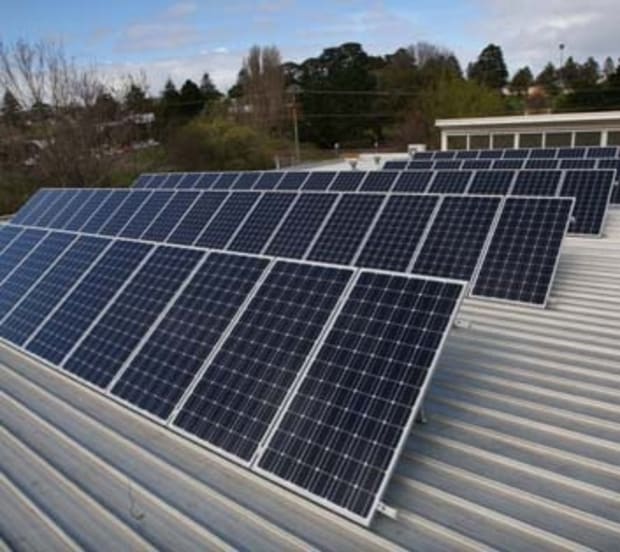 Most companies raising capital use stockbrokers or bankers. Power Ledger turned to what are known in the blockchain world as "bounty hunters".

One-and-a-half million POWR tokens were set aside for individuals to promote the sale on social media. Dozens of newspaper and blog articles were published. The Huffington Post profiled the company and compared blockchain with the early internet.

Articles exaggerated Power Ledger's achievements. The company was often described as operating a retail electricity market, and sounded liked an eBay or Amazon for solar power. In reality, it was building the technology and didn't have a commercial market operating.

Twitter was flooded with posts. Some claimed Musk had asked the company for advice. Fake accounts were rewarded with POWR tokens for their promotional work.

"Some of our bounty group were professional bounty hunters chasing tokens because it's what they do," Power Ledger said in a post a few weeks after the token sale. "Some were bots reporting an astounding 5000 likes of our social media output in a single 24-hour period."

The Australian Securities and Investments Commission disapproves of people spruiking investments without disclosing their interest.

"Certainly in my view it is not good practice for individuals to be promoting ICOs and receiving a benefit if they are not transparent about the benefits they are receiving," says John Price, an ASIC commissioner. 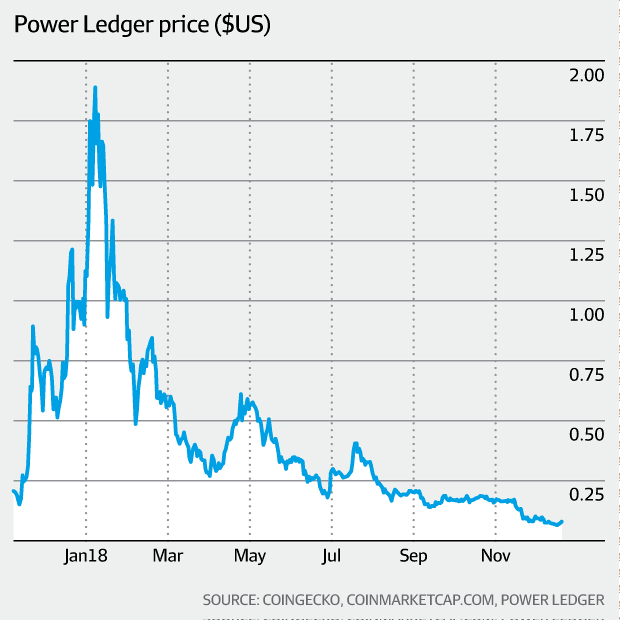 Some experienced tech and green-industry figures are posing an awkward question: does Power Ledger epitomise the over-hyping of blockchain?

Asked why Power Ledger used bounty hunters, Green says she isn't familiar with the phrase. "I don't know what you are talking about," she says.

Later, in an email, Greens says Power Ledger, unlike some other blockchain companies, works hard to be transparent. "We ran the ICO through a corporate structure, through our proprietary limited business," she says. "We have tax exposure. We had a proof of concept before going to market. And we did all of those things because we realise we need to bring legitimacy to our space and the ICO and crypto space more generally."

In almost perfect timing, Power Ledger raised $34 million a couple of months before bitcoin peaked. No other Australian blockchain company was as popular.

Initially, the tokens were a great investment. Sold by Power Ledger for US8.38¢ each, within five weeks they were trading at $US1.79. In a year and half, a company with fewer than 30 staff had created $2.4 billion in wealth.

Tokens allocated to Green, other private investors and key staff were worth $360 million. The former traders' assistant had been hit by what is known in the tech circles as the "money truck".

Green became a bona fide tech celebrity. She turned up at the World Economic Forum in Davos to help launch the Global Blockchain Business Council. EY named Green as one of its entrepreneurs of the year.

The accounting firm had fast-tracked her through the process. Contenders in other categories were required to go through applications, interviews, presentations over many months. Green's name was simply forwarded to the judges with a few others.

A Market That Doesn't Exist

The adulation was based on Power Ledger's home-to-home trading idea, which it says is "perfect for any household, office or retailer connected to the electricity grid".

But the system doesn't operate outside a few pre-established trials that cover a tiny number of people. The low-cost of electricity, the ubiquity of supply and efficient exiting payment systems pose significant obstacles, critics say.

There is no way to sign up to Power Ledger's trading system. Electricity companies are needed – the Power Ledger website urges consumers to lobby them – but Origin Energy carried out a simulation and decided not to go ahead.

Asked how many buildings around the world use Power Ledger's system, Green says, "I don't know exactly off the top of my head".

Her CEO, David Martin, says the number is less than 100. All are trial sites, except for three Perth apartment buildings that were part of Green's PhD thesis. "We have never said that anyone can get on and start trading," she says.

The government has provided $2.6 million to test the system out on some 40 houses in Fremantle. The project is billed as the first electricity market where residents can set their own prices. It is a chance for Power Ledger to fulfil its core promise to generate higher prices for solar power producers and lower prices for consumers – the classic example of an efficient market.

One participant, who asked not to be named, says the trading system isn't worth using. A former manager in the energy industry, she her own solar panels and electric car. She sells electricity to the grid for 7¢ per kilowatt, and buys it for 26¢ per kilowatt.

Using Power Ledger, she expected to trade electricity with her neighbours between 7¢ and 26¢, saving both sides money. Power Ledger takes a cut of about half a cent a kilowatt.

But the local electricity retailer and power grid, Synergy and Western Power, charge a connection fee of $3 a day to trial participants. The overhead makes trading uneconomic for her. 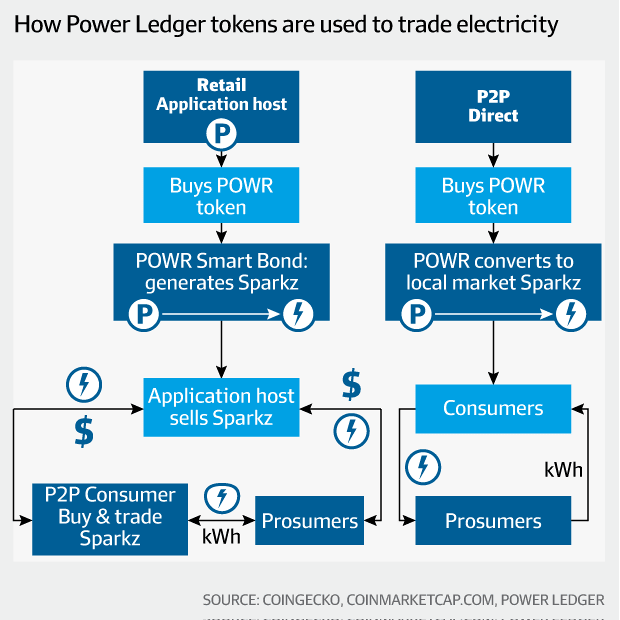 Initially, the tokens were a great investment. Sold by Power Ledger for US8.38¢ each, within five weeks they were trading at $US1.79. In a year and half, a company with fewer than 30 staff had created $2.4 billion in wealth.

"I was quite disappointed because I find the idea of energy trading very exiting and I really wanted to experiment with it," she says.

The project's manager, Karla Fox-Reynolds of Curtin University, says other houses are buying and selling. "They are feeling empowered and enabled to participate in the energy market," she says. The project is advertising for more recruits.

'The Road Is Not Always Straight'

Any criticism about Power Ledger's small take-up rate is unfair, Green says, because it is such a young company. "The road is not always straight," she says. "I think the value of it over time will be immeasurable."

Even some blockchain boosters are sceptical. Fred Schebesta, who owns a cryptocurrency broker, says he can't see what would drive the token price up.

"I think that they will need millions or hundreds of thousands [of customers] to be viable or really take off," he says. "The value of the token holders is not well aligned to the value of the business."

Now the bitcoin boom seems to have passed, many tech industry leaders are questioning if the ICOs were an investment fad that shifted wealth rather than created it.

"The ICO craze is and was way worse than the dot-com boom, where capital raised was at least a share of the upside and was subject to regulation," says Williams, the Deloitte partner.

After spectacularly peaking in January, POWR tokens crashed with the rest of the bitcoin market. Today they trade around 6.5¢, about 20 per cent below their issue price.

The company continues to reward bloggers who promote the virtual currency. One of the boosters is a price-comparison website, Finder.com.au, which invests in cryptocurrencies.

"Power Ledger is an ambitious project but one that nonetheless has the potential to transform the energy industry around the world," one of the site's contributors, Tim Falk, wrote last month.

Falk, who recently wrote about 2018's top carpet cleaners, has punted on POWR tokens himself.