Home Depot in the Tuesday premarket reported another earnings beat but missed on sales. The stock closed Monday by testing its quarterly risky level at $237.72 with an all-time intraday high of $239.30.

The Atlanta home-improvement giant's stock dipped to its semiannual pivot at $226.61 at the open Tuesday. From high to the morning low of $225.55, the stock dropped by 5.7%.

My call is to be patient and buy the stock on weakness to its annual value level at $207.32. If it rebounds, reduce holdings on strength to its quarterly risky level at $237.72.

Monday's close before the earnings prompted technical warnings to sell the stock. The shares were testing a risky level, and its weekly slow stochastic reading was above 90 on a scale of 00 to 100, which I call an inflating parabolic bubble.

Another warning is that this week will likely confirm a negative weekly key reversal. This happens when a stock sets its all-time high, then closes the week below the prior week's low, which is $230.18.

Home Depot is a Dow Jones Industrial Average component and is not a cheap stock. The shares trade at a p/e multiple of 23.26, and the dividend yields 2.29%, according to Macrotrends.

The Daily Chart for Home Depot 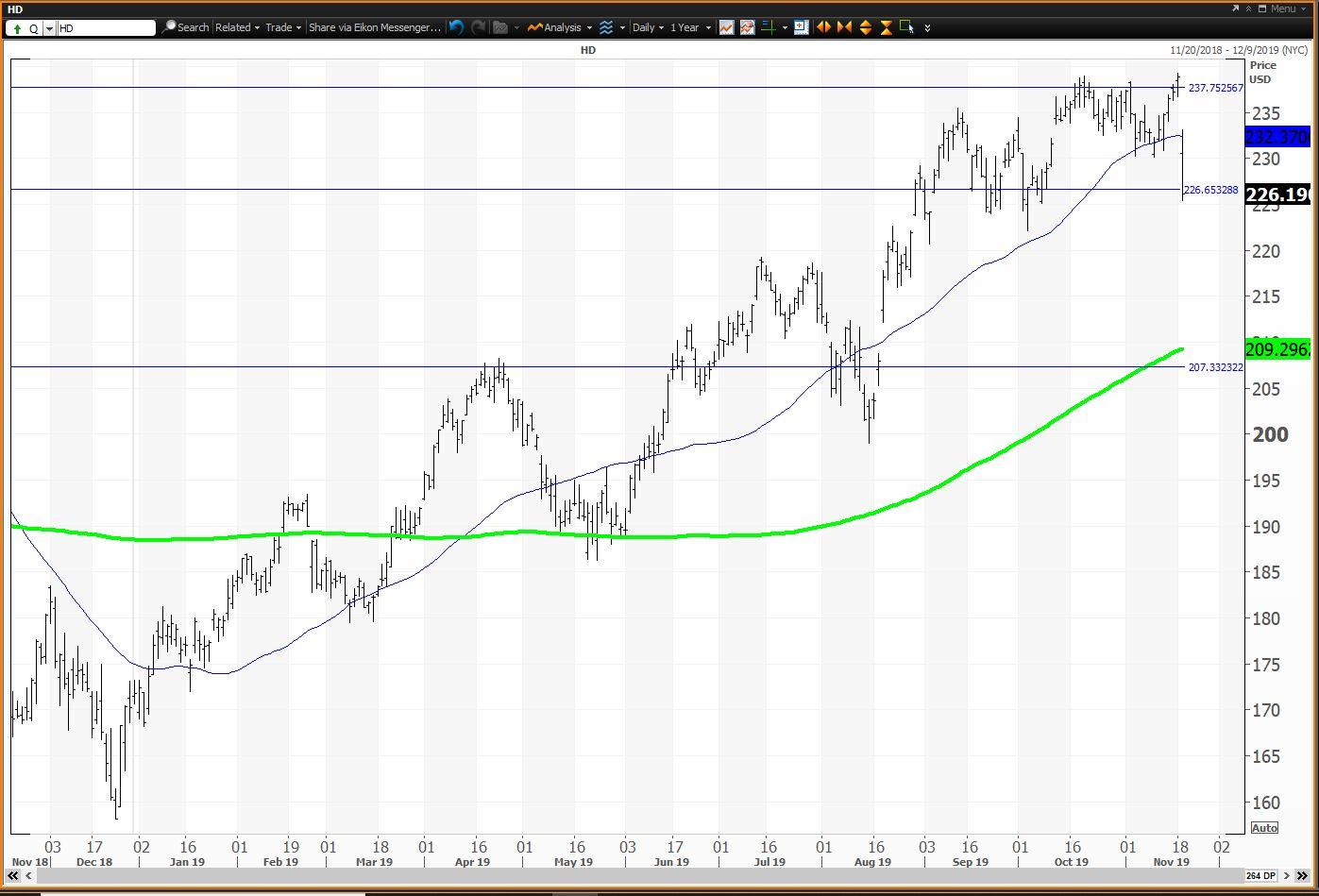 The Weekly Chart for Home Depot 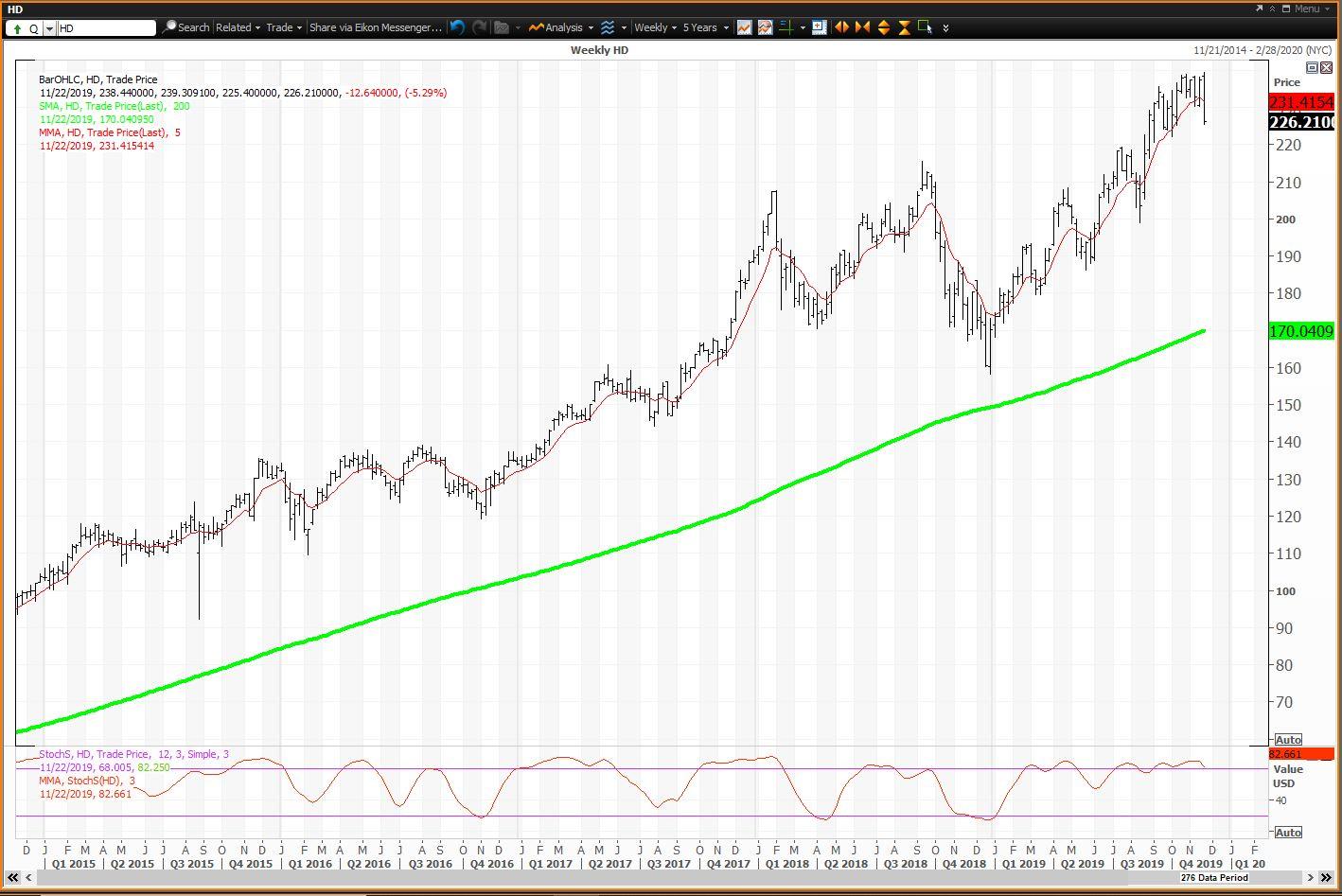 The weekly chart for Home Depot shows how fast the technicals can change for a stock. Before earnings this was positive but overbought with its 12x3x3 weekly slow stochastic reading above 90 as an "inflating parabolic bubble." Now the chart shows a potential downgrade to negative this week or next week. The stock below its five-week modified moving average of $231.37. The stock is well above its 200-week simple moving average or "reversion to the mean" at $170.04. Now the 12x3x3 weekly slow stochastic reading is projected to decline to 82.54 down from 89.99 on Nov. 15. If this reading ends the week below 80.00 the weekly chart will be negative.