Have Insiders Been Selling Adobe Inc. (NASDAQ:ADBE) Shares This Year?

We’ve lost count of how many times insiders have accumulated shares in a company that goes on to improve markedly. On the other hand, we’d be remiss not to mention that insider sales have been known to precede tough periods for a business. So shareholders might well want to know whether insiders have been buying or selling shares in Adobe Inc. (NASDAQ:ADBE).

What Is Insider Selling?

Most investors know that it is quite permissible for company leaders, such as directors of the board, to buy and sell stock in the company. However, rules govern insider transactions, and certain disclosures are required.

We don’t think shareholders should simply follow insider transactions. But it is perfectly logical to keep tabs on what insiders are doing. As Peter Lynch said, ‘insiders might sell their shares for any number of reasons, but they buy them for only one: they think the price will rise’.

The Last 12 Months Of Insider Transactions At Adobe

Over the last year, we can see that the biggest insider sale was by the Executive VP of Strategy & Growth and CTO, Abhay Parasnis, for US$13m worth of shares, at about US$350 per share. That means that an insider was selling shares at slightly below the current price (US$480). As a general rule we consider it to be discouraging when insiders are selling below the current price, because it suggests they were happy with a lower valuation. While insider selling is not a positive sign, we can’t be sure if it does mean insiders think the shares are fully valued, so it’s only a weak sign. This single sale was 52% of Abhay Parasnis’s stake.

In the last year Adobe insiders didn’t buy any company stock. You can see a visual depiction of insider transactions (by companies and individuals) over the last 12 months, below. 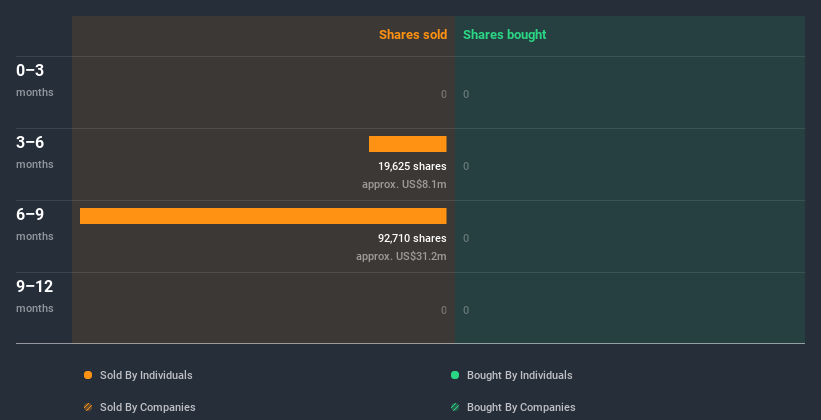 For a common shareholder, it is worth checking how many shares are held by company insiders. A high insider ownership often makes company leadership more mindful of shareholder interests. Adobe insiders own about US$716m worth of shares (which is 0.3% of the company). This kind of significant ownership by insiders does generally increase the chance that the company is run in the interest of all shareholders.

So What Do The Adobe Insider Transactions Indicate?

It doesn’t really mean much that no insider has traded Adobe shares in the last quarter. While we feel good about high insider ownership of Adobe, we can’t say the same about the selling of shares.

But note: Adobe may not be the best stock to buy.