AT&T (NYSE:T) continues to face strong pressures on multiple fronts and the END_OF_DOCUMENT_TOKEN_TO_BE_REPLACED

Over the trailing year, we’ve seen one of the most paradoxical developments END_OF_DOCUMENT_TOKEN_TO_BE_REPLACED

For the first time in a long time, concerns about inflation are END_OF_DOCUMENT_TOKEN_TO_BE_REPLACED

In response to Google firing engineer James Damore (who just got on Twitter as @Fired4Truth) for his politically incorrect #GoogleMemo, a series of guerrilla street art installations have cropped up in Venice and Santa Monica, CA in protest of the Silicon Valley search bohemoth. 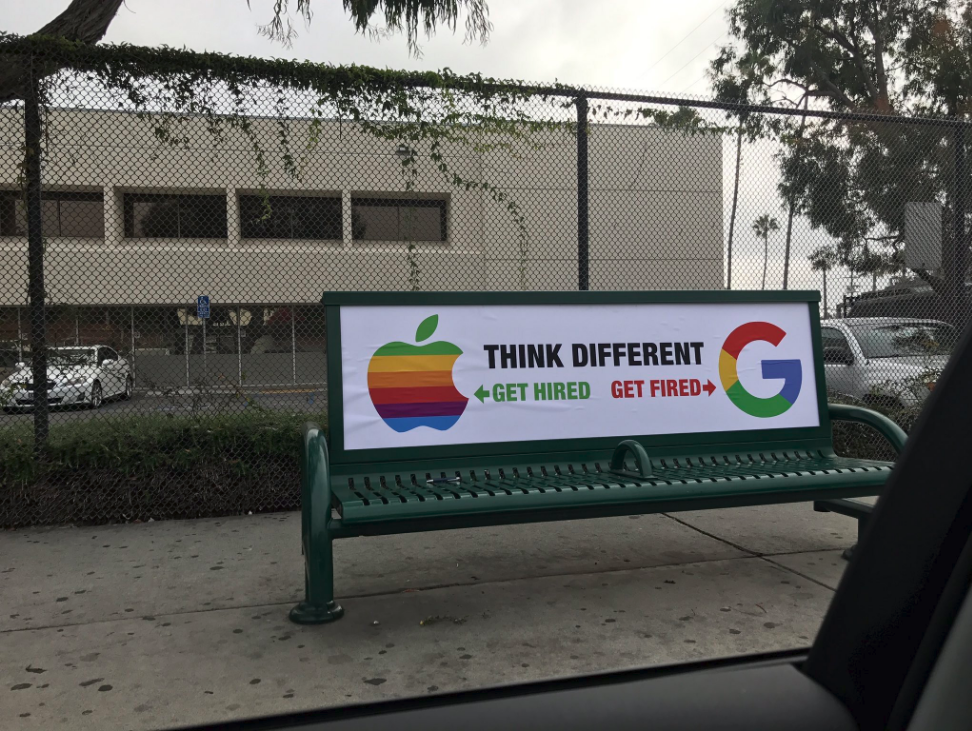 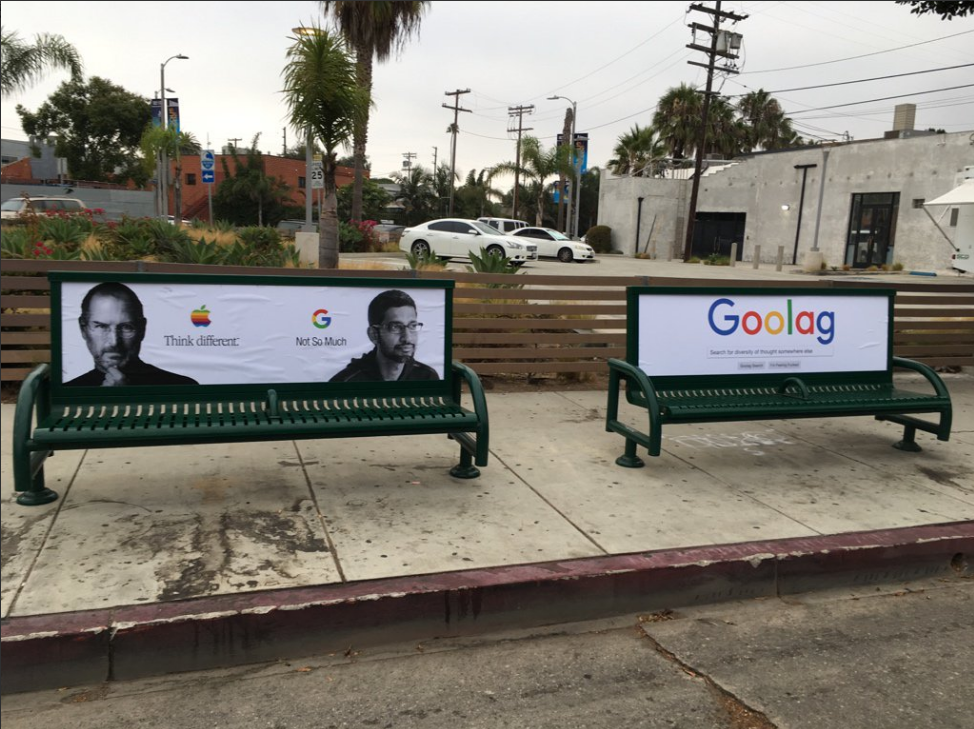 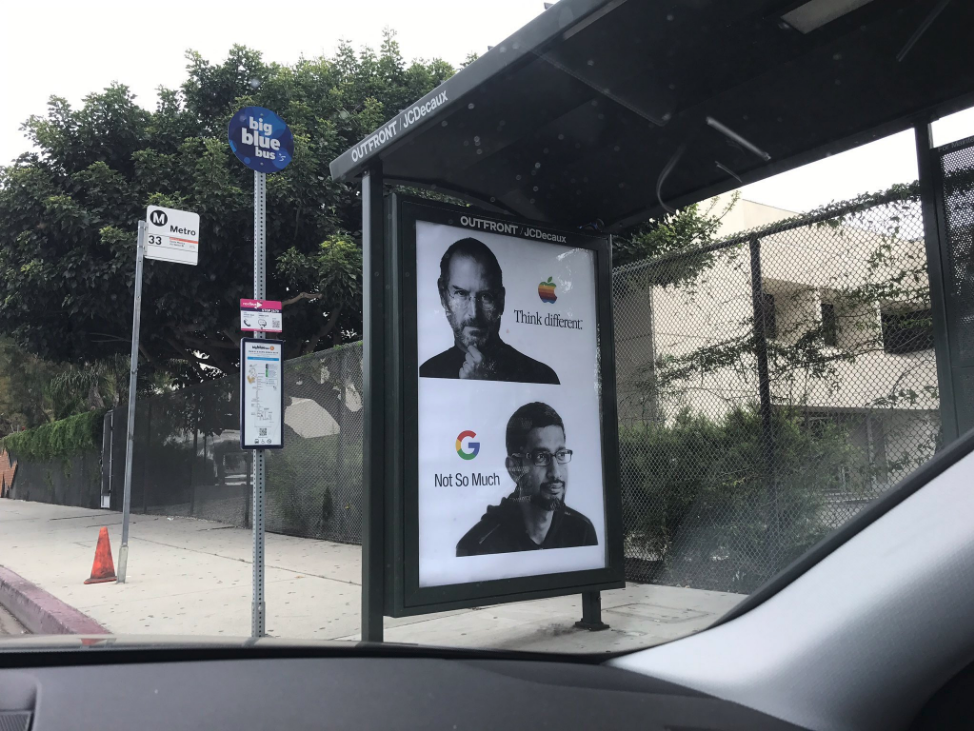 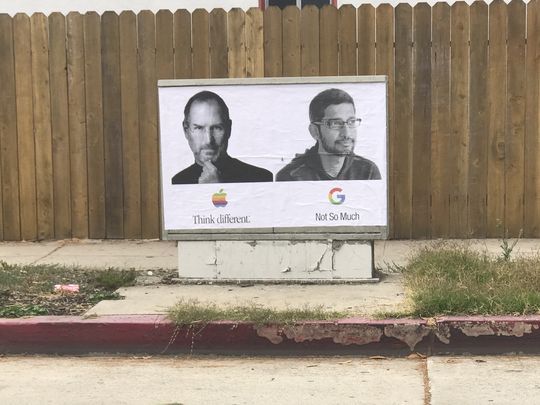 Conservative pundit and founder of the Proud Boys “pro-Western fraternal organization” says the individual responsible for the street art is a member of his organization.

For the record, this street artist is a #ProudBoy. For all the allegations of racist violence, this is what we actually do. @unsavoryagents https://t.co/3Pdj1vB0FN

“We are going to raise awareness about Google’s one-sided bias and campaign against dissenting opinions and voices,” Posobiec said, adding “Google’s firing of James Damore is the flashpoint here. An engineer fired for simply expressing an opinion that ran counter to Google’s politically-charged atmosphere of an “Ideological Echo Chamber” (Also the title of Damore’s memo).

Hundreds of people have reportedly signed up for the marches since Wednesday’s announcement.

How do you make the world a better place while battling the Diversity Industrial Complex? @fired4truth

In addition to a huge swell of internal agreement with the controversial memo among Google employees, there has been an outpouring of conservatives offering everything from kind words to jobs in support of Damore from the likes of Wikileaks and Twitter alternative Gab.ai.

1/ Censorship is for losers. @WikiLeaks is offering a job to fired Google engineer James Damore. https://t.co/tmrflE72p3

We want to hire the Google employee who wrote this beautiful work of art. pic.twitter.com/oOIFwDTyzP

Gab CEO Andrew Torba elaborated on his job offer in an interview with Breitbart Tech.

“Gab supports the free and open expression of all ideas. What this document and the reaction to it prove is that Silicon Valley exists in a bubble world where Wrong Think is not permitted,” Torba claimed. “They preach tolerance and yet are intolerant of any conservatives ideas. They praise diversity and yet shun conservatives out of their workplace. They applaud the bravery of folks who speak out when it aligns with their own far-left agenda, but scorn a conservative who dares to stand up for what they believe in.” via Breitbart

Shockingly, the NYT and Chicago Tribune have both published articles coming out against Damore’s firing – with the NYT op-ed suggesting Google CEO Sunday Pichai resign!

Conservatism is truly the new counterculture…