Last year was probably the toughest in recent history on airline stocks. END_OF_DOCUMENT_TOKEN_TO_BE_REPLACED

GameStop (NYSE:GME) is up 85% over the past month through June 8. END_OF_DOCUMENT_TOKEN_TO_BE_REPLACED

General Electric (GE) has been under immense pressure over the past 2 years. 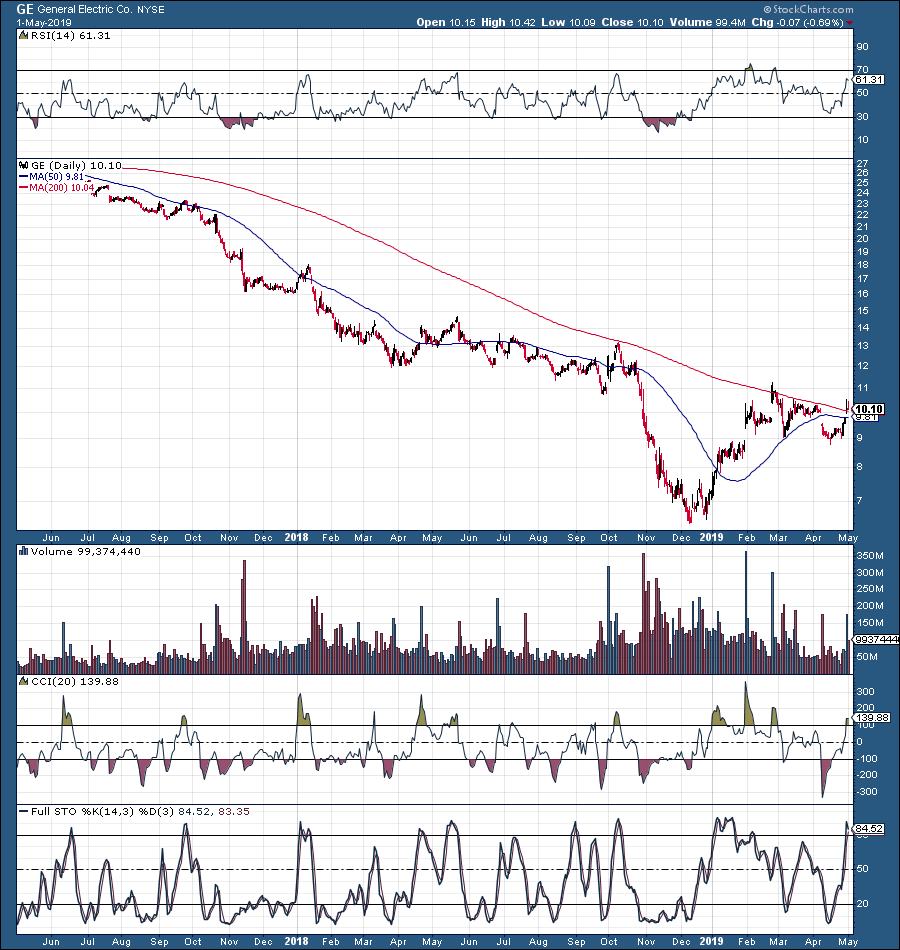 In fact, shares are still down by around 66% from their highs in late 2017. However, the company is finally starting to show signs of improvement, and the turnaround process, while likely a lengthy one, should prove to be constructive and fruitful for shareholders.

GE delivered better-than-expected earnings, and the company's businesses continue to appear drastically undervalued. While this turnaround process will likely prove to be a lengthy one, GE should be a lot higher in 1-3 years.

While the company's market cap is only $88 billion, and its enterprise value is at $144 billion, the company's businesses appear to be worth a lot more, about $100 billion more.

GE's new CEO Larry Culp appropriately described 2019 as a "reset year". Prior to this (2017/2018), GE was in a period of steep decline. 2019 is a transition/stabilization year, and future years like 2020/2021 should enable GE to significantly restructure and improve operations.

Beyond that, GE could return to its industrial dominance in various sectors and could deliver much higher EPS that many market participants currently expect.

GE's Earnings: It's Not About the Past. It's All About the Future

GE is clearly experiencing an earnings decline right now. Due to poor management and other elements, GE's EPS fell by around 70% in recent years, to an expected EPS of just 56 cents this year.

So, What Could GE Earn Going Forward?

I know it is difficult to give GE credit for potentially beating EPS in the future, but I believe it is quite possible, especially with new CEO Culp at the helm, and with such low expectations for the company.

UTX is just a single random example, but other industrial companies with similar operations trade under comparable dynamics. What makes GE so unique is its ability to produce higher-than-normal earnings growth over the next several years. This essential element makes GE such a compelling stock to hold over the next 3 years.

I've done the sum of GE's part analyses in numerous other articles, and the conclusion I arrived at in my latest piece is that GE's businesses are worth approximately $275.5 billion.

Once we subtract the approximate $29 billion in unfunded liabilities, the estimated worth of GE's businesses is about $246.5 billion.

GE's current enterprise value is only $144 billion, providing a disconnect of about $102.5 between the worth of GE's businesses and the company's depressed EV. 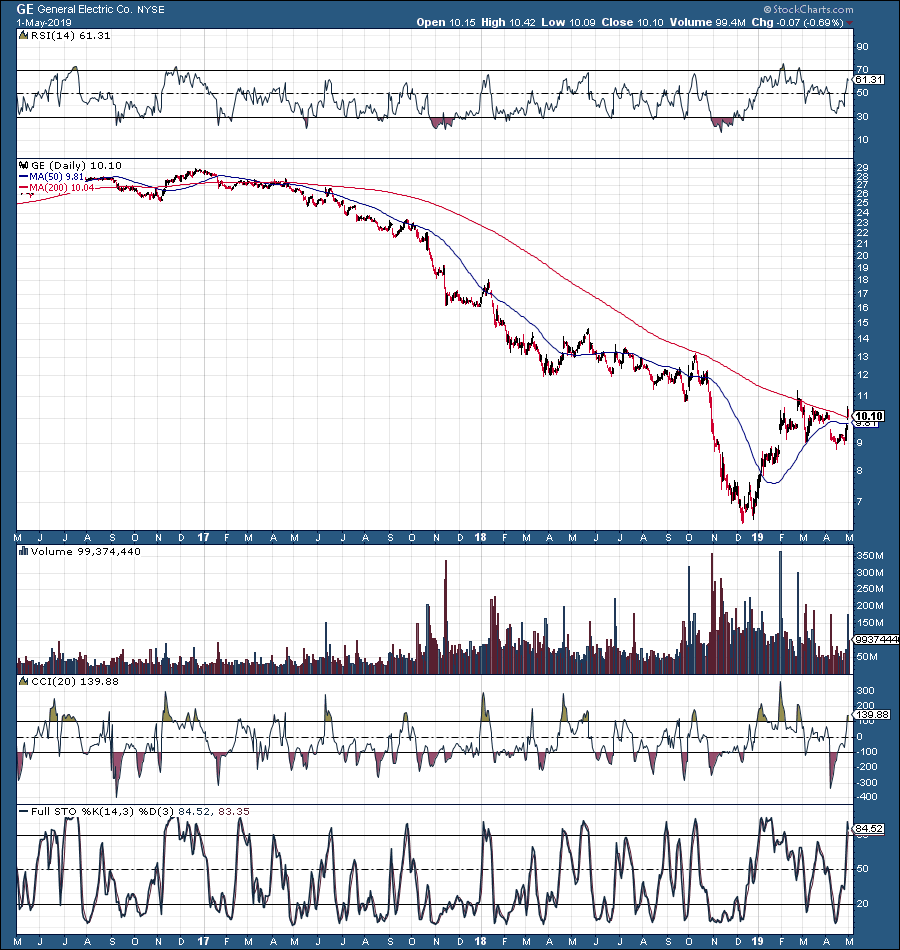 Nevertheless, we're not likely to see rapid appreciation in share price at this time, as there are still various fundamental elements plaguing the company. However, the problems appear to be mostly transitory and fixable. Ultimately, GE's stock should move higher after a period of somewhat volatile sideways price action.

JPMorgan's Stephen Tusa, a well-known GE bear who recently lowered his GE price target to just $5 found "optimism in Q1 results". Tusa has done some excellent work on GE and has made some great calls on the stock price in the past.

However, the tide has turned, and it is likely that as GE continues to improve, Tusa may find more optimism to deal with. This will likely result in higher price targets by Tusa and other analysts, putting GE's stock price on a sustainable upward trajectory at the same time.

Moreover, while Tusa may be the most bearish analyst on the street, many are not nearly as pessimistic. For example, Jim Corridore of CFRA Research rates GE a buy and has a $12 12-month price target on the stock.

In fact, the current consensus 12-month price target on GE is $12.50, with higher end estimates ranging up to $16.

Undoubtedly, GE's turnaround process will not be a quick and easy one. Yet, with new management, and a strategy designed to make GE a much leaner and more efficient enterprise, the company has significant upside potential over the next 1-3 years.

GE is already showing signs of delivering better than expected results, and the company's EV value is only $144 billion right now, arguably undervalued by roughly $102.5 billion. This implies the EV would likely need to rise by around 70% to better reflect the businesses combined value.

Since the increased value of GE's businesses would enable the company's market cap to rise by about $102 billion (per my estimates), this implies the $88 billion market cap could grow to around $190 billion, implying a possible stock gain of roughly 116% from current levels. A 116% gain from current levels would elevate GE's stock to $21.60.