Big banks will start releasing their quarterly numbers this week. The outlook END_OF_DOCUMENT_TOKEN_TO_BE_REPLACED

"Men, it has been well said, think in herds; it will be END_OF_DOCUMENT_TOKEN_TO_BE_REPLACED 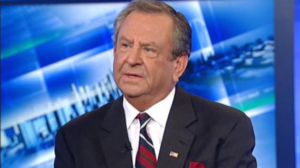 “Bob Mueller should have never been offered nor accepted the job as special counsel as he has a huge conflict of interest,” Jim Kallstrom tells Breitbart News. “He should have recused himself.”

Kallstrom points to the fact that Mueller – a former FBI director is investigating ‘matters’ which occurred under the watch of his predecessor and good friend, James Comey.

When Fox News host Ainsley Earhardt asked President trump in June whether he thought Mueller should recuse himself, Trump replied “well he’s very, very good friends with Comey which is very bothersome… We’re going to have to see.”

Radio Host Mark Levin elaborated at the time, stating on his show:

John Legato is a former deep cover FBI special agent – and he writes that Comey and Mueller – their families have vacationed together, have had picnics together, hours spent at the office together, had a few cocktails after work. So Mueller can’t possibly be impartial here. Not when he’s very close friends with a key witness.

The point is this – he’s not independent.

Indeed, one wonders how Mueller’s probe can remain impartial while leading a team of anti-Trump investigators, two of whom – Peter Strzok and Lisa Page were fired in August for texting anti-Trump messages during an extramarital affair.

As Axios reported in June, several of Mueller’s other investigators are huge supporters of the Democrat party and Hillary Clinton:

Also on Mueller’s team are:

“If they used the phony dossier as the predicate for the FISA order they obtained, that could be a huge problem,” Kallstrom tells Breitbart News. “If they knew the information was phony, that is a felony. If they did not know it was phony, they were incompetent.”

Of note, veteran FBI investigator Peter Strzok – who was kicked off Mueller’s probe along with his mistress Lisa Page – was formerly in charge of the investigation into alleged connections between the Trump campaign and Russia. As part of his investigation, Strzok relied on the anti-Trump ‘Dirty Dossier’ created by opposition research firm Fusion GPS and assembled by former MI6 agent Christopher Steele.

House investigators told Fox News they have long regarded Strzok as a key figure in the chain of events when the bureau, in 2016, received the infamous anti-Trump “dossier” and launched a counterintelligence investigation into Russian meddling in the election that ultimately came to encompass FISA surveillance of a Trump campaign associate.

The “dossier” was a compendium of salacious and largely unverified allegations about then-candidate Trump and others around him that was compiled by the opposition research firm Fusion GPS. The firm’s bank records, obtained by House investigators, revealed that the project was funded by the Clinton campaign and the Democratic National Committee. –Fox News

And as former assistant FBI Director Kallstrom told Breitbart, “This whole matter with the dossier and the investigations that ensued, including FISA surveillance and the unmasking of hundreds of names, in my view, will prove to be violations of the rules set down by the Congress for unmasking, or worse, will be found to be violations of federal law,” Kallstrom concludes. “The Justice Department should find out if the FBI paid for this phony dossier and should inspect the affidavit that was given to the FISA court to determine the accuracy of their probable cause.”

Strzok, under former FBI director James Comey, was also in charge of the FBI’s investigation into Hillary Clinton, concluding that while Clinton was “careless,” in her mishandling of classified information, the anti-Trump FBI veteran found “no proof of intent,” an opinion which former FBI director James Comey based his recommendation not to prosecute. Comey, as it turns out, drafted Clinton’s exoneration letter long before the FBI had finished reviewing evidence in the case.

So here we have a former FBI director, Mueller, investigating what appear to be egregious violations of the law in regards to surveillance and data collection on the Trump campaign, based largely on a dodgy Trump-Russia dossier, funded in part by Hillary Clinton and the DNC, which was created by a DNC-linked opposition research firm Fusion GPS, and which relied on the cooperation of two senior Kremlin officials.

And now the DOJ’s Office of Inspector General is looking into Strzok and his “roles in a number of other politically sensitive cases,” a probe which should be completed “very early next year,” according to Fox News.