AT&T (NYSE:T) continues to face strong pressures on multiple fronts and the END_OF_DOCUMENT_TOKEN_TO_BE_REPLACED

Over the trailing year, we’ve seen one of the most paradoxical developments END_OF_DOCUMENT_TOKEN_TO_BE_REPLACED

For the first time in a long time, concerns about inflation are END_OF_DOCUMENT_TOKEN_TO_BE_REPLACED

Authored by Mac Slavo via SHTFplan.com,

Despite being outnumbered 15-1, ISIS forces swiftly captured the Iraqi city of Mosul in 2014, before declaring their monstrous caliphate. It was the victory that put them on the map, and it left hundreds of thousands of refugees in its wake. But three years later, Iraqi forces have nearly finished retaking the city, and are in the process of mopping up the few remaining ISIS fighters who are clinging to several acres of territory along the Tigris river. It’s taken 8 months of near constant fighting, but the city of Mosul, which was once the largest city ruled by ISIS, has nearly fallen.

So what does a city look like after being fought over for nearly a year? Recently released drone footage has revealed the extent of the damage, most notably the destruction of the Grand Al-Nuri Mosque, which used to look like this: 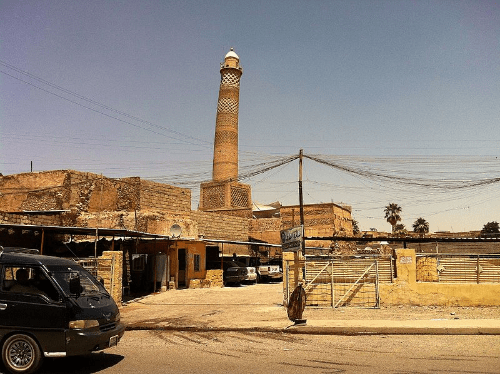 But now looks like this after ISIS detonated the building just before it could be captured by Iraqi forces:

As you can see however, the rest of the city looks pretty bleak as well. That’s because the population has declined from roughly 1,800,000 people to 664,000 people over the past three years.

Take note. This is what a city really looks like when the SHTF.