When screening the market for stocks that are trading at fair prices, END_OF_DOCUMENT_TOKEN_TO_BE_REPLACED

Bouncing back with incredible force, the S&P 500 has gained 50% over END_OF_DOCUMENT_TOKEN_TO_BE_REPLACED 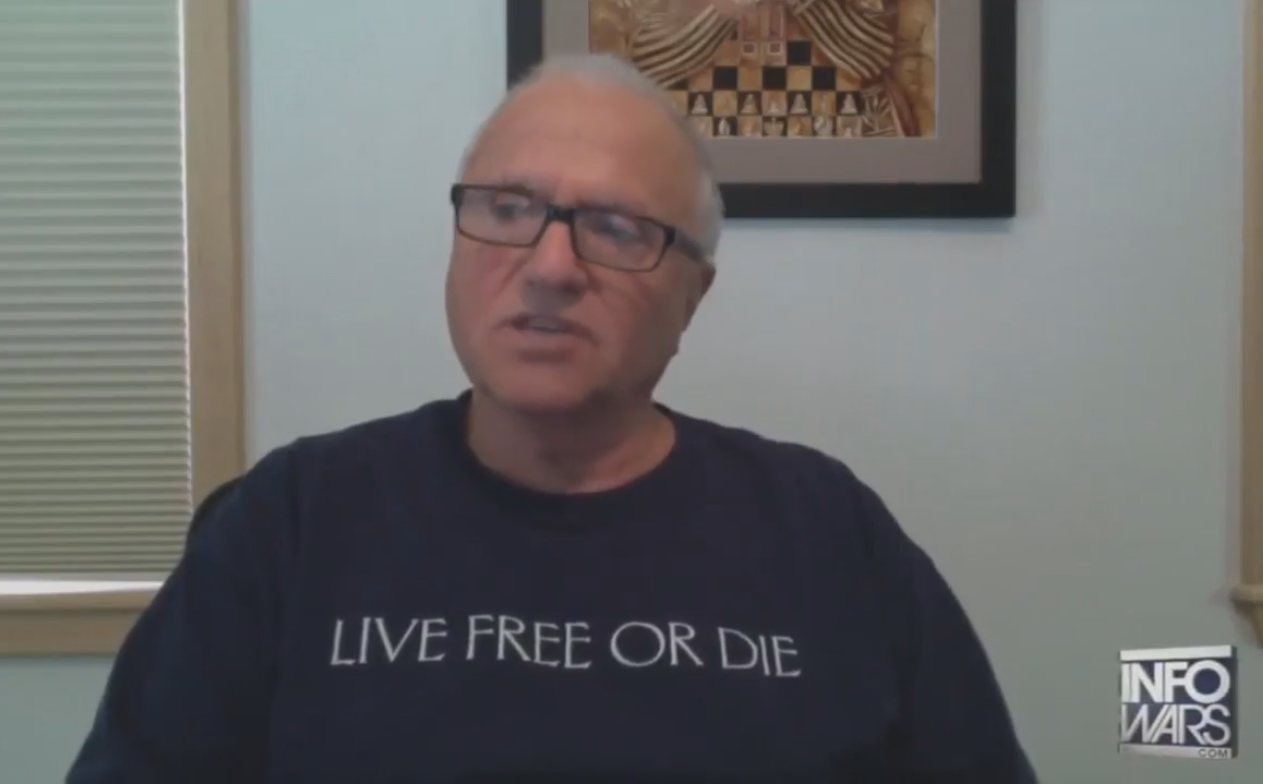 Dr. Steve Pieczenik went on an expletive-filled 20 minute rant today on Infowars – blasting everyone from Trump to McMaster to ‘Mad Dog’ Mattis over the decision to send more troops into Afghanistan.

No need to flash Dr. Pie’s full list of credentials again – for the unaware, just know that he’s an expert in all types of warfare and counterintelligence, ran PsyOps for the CIA, and served under 5 previous administrations. Tom Clancy based the “Jack Ryan” character on Dr. Pie, and if we are to believe him – he speaks for a splinter element of ‘white hat’ intelligence officials who worked with Julian Assange to expose Hillary Clinton and her operation.

While Alex Jones currently supports President Trump’s troop surge in Afghanistan, Dr. Pie let loose in a fire-spitting rage over what he considers a massive lie to the American public.

Highlights from the interview (video below):

Trump again repeats that we were attacked on 9/11. This is always about 9/11.I told you from day one, when I came on this show it was about guys like me and others who said; these generals are cowards. They’re moral intellectual cowards. I’ve known that about McMaster because we paid him. I knew that about Mattis.

This is a disaster. There is no strategy. McMaster is an idiot.

Trump is now on notice that we will work against him.

Alex Jones: How did they get [Trump] to do this when he’s very pig headed and always does what he thinks is best?

Dr. Pie: Because you gotta remember, when his father wanted to get rid of him and put him into disciplinary action, he was sent to a military academy. He then refused to fight in Vietnam. So he basically looks to generals as if they’re mentors and fathers. These generals are what I call idiot savants. They know what they read but they don’t know how to create a war and win a war.

Does Trump deserve ANY credit?

Alex Jones: Does Trump not get any credit though that he controlled them so far, and didn’t let them expand the war in Syria?

Dr. Pie: No, he gets no credit whatsoever. This is not a question of a grade. This is a question of what we call the ‘existential moment.’ You want to go to war, it takes 6 seconds to go to war. You want to get out of war, it’s taken us 17 years to find out what the hell we’re doing there. We don’t belong there. Men are dying there every day – we have no strategy, and putting more men into this place is not principaled rationality.

Alex Jones: Why are they doing it?

Dr. Pie: There’s six trillion dollars in that war, and whose going to make money: KBR. Who makes money in Africa, KBR. What are we doing in Djibouti, the same thing. I’ve got soldiers who come back and say what the hell was I doing in Africa? Why was I in Djibouti, Sudan, Somalia? The soldiers have no idea what they’re doing.

‘I guarantee you we will have another bloodbath.’