The Dow Jones Industrial Average (DJI) is looking to snap its five-day win streak today as Wall Street continues to keep an eye on the coronavirus outbreak in China that has already claimed four lives. The S&P 500 Index (SPX), and Nasdaq Composite (IXIC) are cooling off from last week's all-time highs, as well. Meanwhile, pipeline blockades in Libya, which are threatening to shut down crude production in the region, have done little to change February crude futures, which are down 0.3% to trade at $58.39 per barrel.

Continue reading for more on today's market, including: 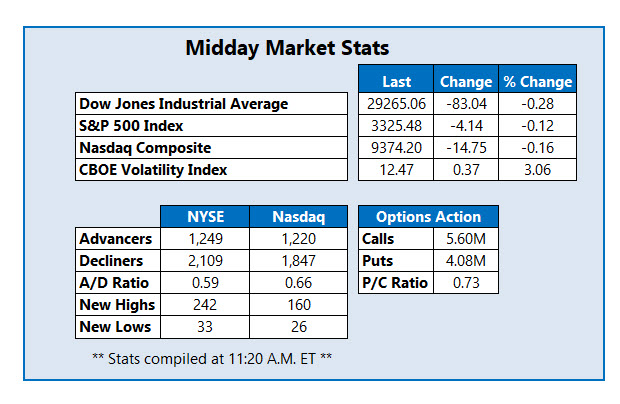 Intel Corporation (NASDAQ:INTC) is seeing an unusual amount of options activity after at least three analysts lifted their price targets, including Jefferies, which also upgraded the blue chip to "hold" from "underperform." This round of bull notes comes just ahead of INTC's quarterly earnings report, which is slated for release after the close on Jan. 23. So far, 31,000 calls and 21,000 puts have crossed the tape, which is two times the intraday average. It looks like a sizable chunk of positions are being sold-to-open at the September 62.50 call. The weekly 1/24 61-strike call is also quite popular, with positions being bought to open here. At last check, INTC is up 2% to trade at $60.78.

CSS Industries Inc (NYSE:CSS) is one of the best performing stocks on the New York Stock Exchange, nearly doubling by midday after it was revealed that IG Design Group (IGRI) plans on acquiring the gift manufacturer for $9.40 per share in an all-cash deal valued at $88 million. The stock is up 99.4% to trade at $9.34 at last check, hitting a one-year high, and pacing for its first close atop the 320-day moving average since January 2018.

One of the worst performers on the Nasdaq is Arrowhead Pharmaceuticals Inc (NASDAQ:ARWR) which has shed 13.4% to trade at $48.88 after SVB Leerink initiated coverage with a $32 price target, which is less than half the consensus 12-month price target of $68. The analyst also slapped ARWR with an "underperform" rating, predicting a challenging year ahead for the biotech company, based on an uncertain safety profile and regulatory path, as well as high expectations and a crowding of competition. The stock is eyeing its first close north of recent support at its 60-day moving average since early October in response. 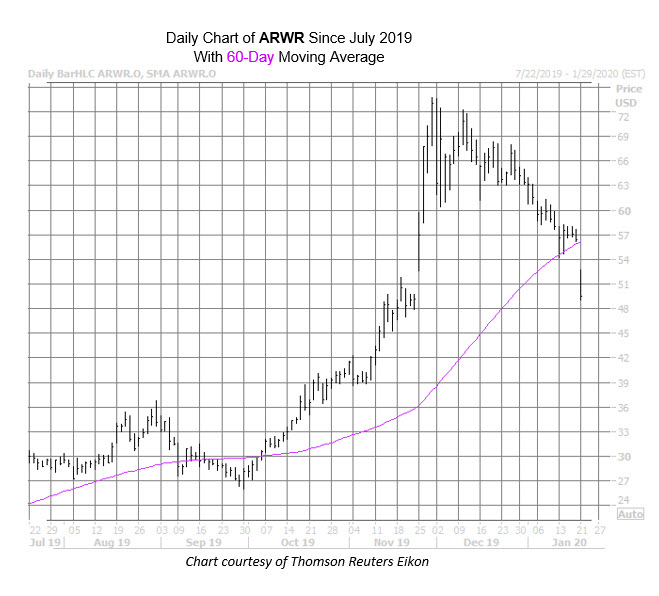