“Disney is just an annuity stream,” Cramer said Monday on “Squawk on the Street.”

Disney’s stock has been on a tear this year, climbing nearly 30%, on the back of the company announcing a new streaming service, Disney+, and releasing several recording-breaking films. This past weekend, “The Lion King” earned an estimated $185 million in the U.S., the highest opening in July ever. The reimagining of the 1994 classic follows Disney’s release of “Avengers: Endgame,” which was crowned the highest-grossing film of all time.

“This movie machine is extraordinary,” said Cramer. “There was not, that I saw, a good review of ‘Lion King’ and it just didn’t matter.”

“The Lion King” broke records despite garnering a Rotten Tomatoes score of 55% from 260 reviews heading into opening weekend. Critics had mixed feelings about the movie, with some calling the film’s musical numbers boring. The Rotten Tomatoes audience score was 89% on Sunday. 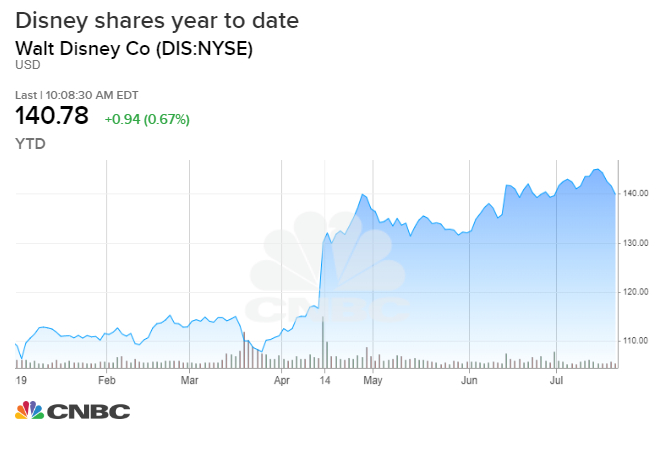 Disney is well liked on Wall Street, with 68% of analysts giving the stock a buy rating. Disney also pays a 1.25% dividend yield. An annuity is a type of investment which pays a fixed sum of money over a set period of time.