Buy Verizon for Its Content, Services and Generous Dividend

Verizon is a component of the Dow Jones Industrial Average and has been a perennial member of the "Dogs of the Dow" and the dividend yield above 3% will qualify the stock for the dog pound in 2020.

Verizon has a stable of innovative products and services. Their new smart dash-cam helps truck drivers stay safe on the highways. Verizon Wireless is the largest cellphone carrier in the country. The company is well-positioned to have significant growth in the world of 5G today and over the next few years. Content its king and Verizon has Oath, which means solid Internet content from AOL and Yahoo. A positive that goes unnoticed is that Verizon owns the content and email platforms Yahoo and AOL. This is now marketed as Verizon Media. The AOL feed is loaded with key headlines and stories. Yahoo focuses on news from the financial markets including streaming video services.

The Daily Chart for Verizon 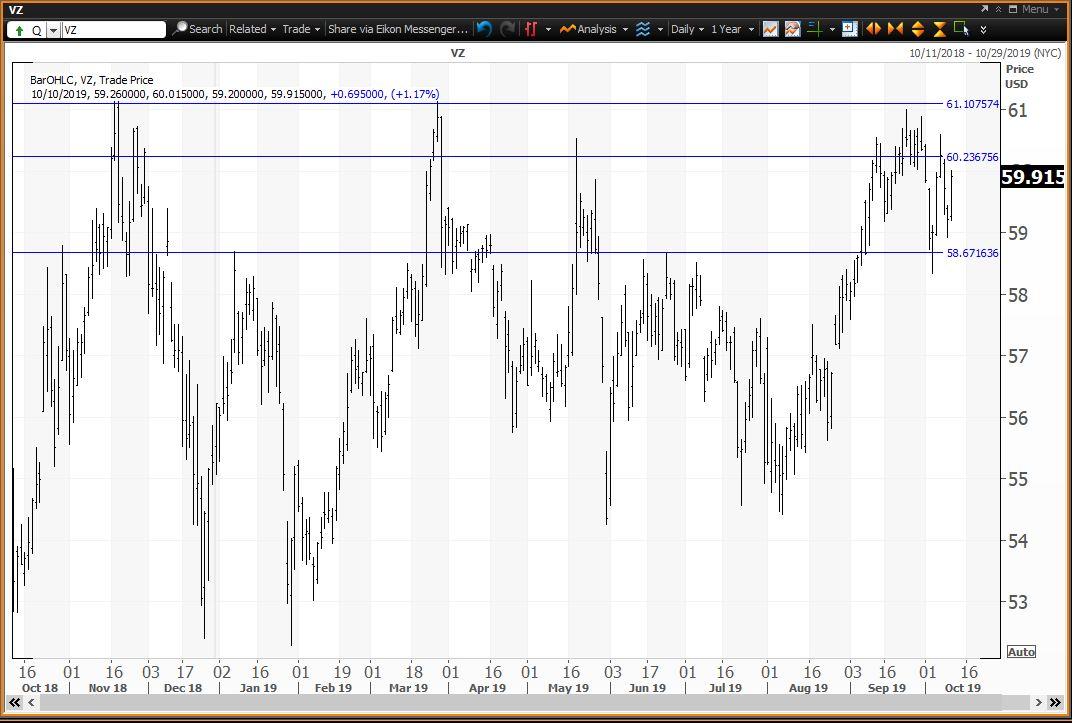 The Weekly Chart for Verizon 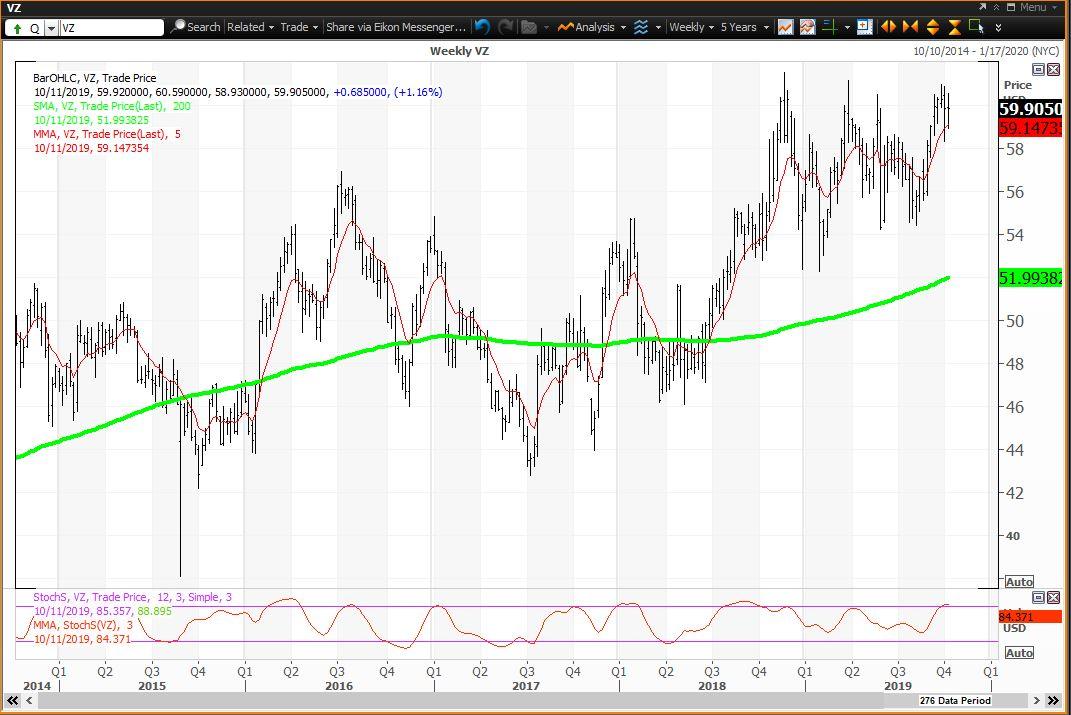 The weekly chart for Verizon is positive but overbought with the stock above its five-week modified moving average at $59.14. The stock has been above its 200-week simple moving average or "reversion to the mean" since the week of June 29, 2018, with this average now at $51.99. The 12x3x3 weekly slow stochastic reading is projected to rise 84.35 this week up from 83.88 on Oct. 4.

Trading Strategy: Buy Verizon between semiannual and monthly pivots at $58.68 and $60.24, respectively, and reduce holdings on strength to its annual risky level at $62.95, which would be a fresh 20-year high. There is a quarterly risky level at $61.10 for short-term traders looking to book profits.