The meme stock rally has taken off in recent weeks. Shares of END_OF_DOCUMENT_TOKEN_TO_BE_REPLACED

Warren Buffett is a proponent of value investing, which looks to find stocks that are undervalued compared to their intrinsic value. Financial metrics like price/book (P/B), price/earnings (P/E), return on equity (ROE) and dividend yield carry the most weight on the Buffett scales. In addition, he seeks out companies that have what he calls "economic moats" - high barriers to entry for a competitor who may wish to invade the market and erode profit margins.

The Nike (NYSE:NKE) name is synonymous with high-performance shoes, but the company has expanded far beyond just footwear and is now a leader in apparel, sporting goods, and just about anything else for the athletically inclined. Nike is No.1 in just about every market it participates in, leading to high profit margins. Nike also has a strong balance sheet, with nearly $4 billion in cash and barely any debt to speak of. This company is also making big inroads in China and other developing economies, and has one of the strongest and most recognizable brands in the world. 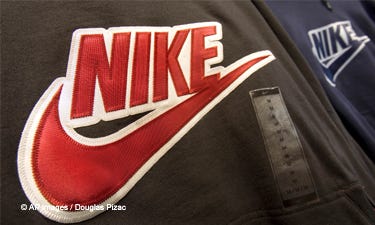 Buffett really believes in this company - so much so that put $34 billion on it on November 3. This freight railroad operator either owns or leases nearly 50,000 route miles of track in the United States and Canada. Burlington Northern (NYSE:BNI) transports nearly everything that makes an economy go, from consumer goods and autos to lumber, petroleum and coal. 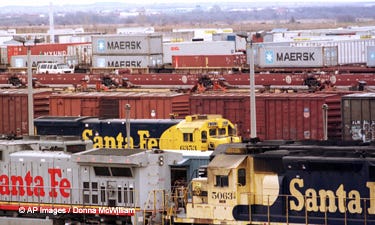 Railroad operators like BNI are considered "early cycle" beneficiaries of a strengthening economy; when activity picks up after a recession, transport companies tend to be among the first to see higher orders, sales and earnings growth. Burlington Northern also sports a below-market average P/E and a handy 2% dividend yield.

ConocoPhillips (NYSE:COP) is an integrated energy company participates in all parts of the oil and gas industry, doing everything from drilling to refining to end sales of refined products like gasoline, natural gas and petrochemicals for industrial use. 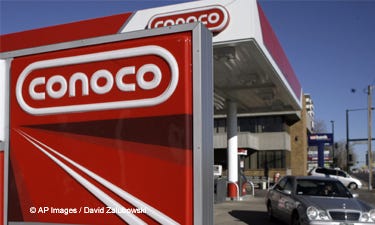 Company shares were more than halved in the past 18 months, as the global recession punished energy prices, and refining margins fell to their lowest levels in over a decade. But a rebound in crude oil and some prudent decisions by management to scale back spending have helped to put a floor under the stock, which trades for barely 12 times earnings while paying a nearly 4% dividend yield.

This operator of discount warehouses has been the definition of "slow and steady" for decades. Operating under a strict philosophy of capping profit margins so that customers get lower prices whenever Costco (Nasdaq:COST) does, the company has built a loyal following that borders on religious. Members pay an annual fee to Costco for the right to shop at the stores, and most Costco cardholders will tell you that they can save more money than the membership cost in a single visit. Those membership fees, meanwhile, drop like a rock to Costco's bottom line as net income. 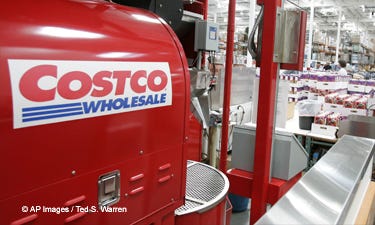 Costco sells mostly grocery items, produce and consumer goods, but you can find just about anything in a Costco warehouse, including clothes, electronics, seasonal goods, jewelry and home improvement items.

Buffett has owned the eponymous soft drink maker for decades, and it has been one of his most successful holdings. Coca-Cola (NYSE:KO) continues to grow around the world, following a unique strategy of selling mainly syrup and concentrate to bottlers and restaurants, which then formulate the finished products that you see in grocery stores and restaurants. 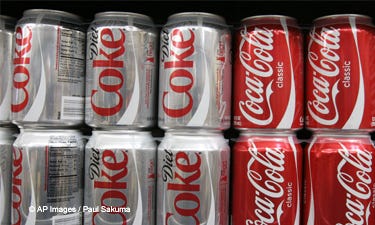 While the U.S. market is somewhat saturated, the leading brand and high profit margins make Coca-Cola a cash cow - a source of dependable earnings, year in and year out. In addition, the company generates the lion's share of sales overseas, and sports strong product growth rates in emerging markets like India, where sales grew more than 25% in the past year. Adding to the value proposition for this stock is a 3% dividend yield.

It's a safe parlor bet to say there's at least one Procter & Gamble (NYSE:PG) product in every home in America. The company is a consumer products Goliath, with brands like Tide, Bounty, Pampers, Head & Shoulders, Gillette, Olay, Crest, Oral-B, Dawn, Downy and Duracell (whew!). P&G's long-term strategy is to only compete in markets where it has a No.1 or No.2 market share, and pare off products when it can't obtain that leadership position. Having a top market share allows PG to easily raise product prices when the cost to produce items rises. 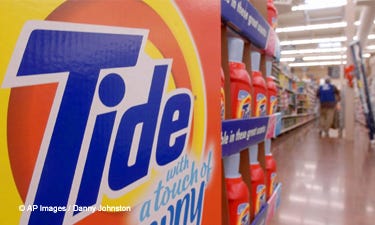 PG also has a 3% dividend yield and a low P/E multiple of 13 times earnings - below the stock market average.

There's no shame in being a coattail investor, especially when that coat belongs to Warren Buffett. While all stock investing comes with some risk, a basket of these six stocks is a diversified way to participate in an economy that is by all accounts growing after the worst recession in decades. These market leaders have high barriers to competition, are fairly priced and, regardless of what short-term stock prices say, should deliver long-term value to shareholders. As Buffett himself said, in the short term the market is a voting machine, in the long term, it is a weighing machine. Buffett has an uncanny ability to pick the stocks with the greatest potential for growth, ensuring that the profit scale will always tip in his favor.