Amazon (AMZN) is an integral part of our lives as consumers. This fact is not going away. I make the argument that during shelter-in-place, shopping on Amazon becomes increasingly habitual.

Further, I contend that AWS has less to do with a high growth revenue rate at present, but more to do with a steady cash infusion, that ultimately provides Amazon with the funds it needs to continue to invest back into its core retail operations.

Although Amazon trades for 5x sales, investors should not expect this great company to go on sale. And that investors attempting to market time their entry are more likely to come out with a loss of omission than anything else.

However, as we go through COVID, we can see the pace of digitization in our society taking place. Indeed, there's simply too much undeniable information that Amazon was not likely to slow down anytime soon. What's more, looking ahead, there are reasons to believe that Amazon is unlikely to hit the breaks just yet.

The Less Understood Characteristic of AWS

Before digging into AWS's potential, let's look back to last week's report from Microsoft (MSFT). Azure's revenue growth rate decelerated from growing at 61% (fx-adjusted) from its quarter ended March 2020 to grow its revenues at 50% (fx-adjusted) for the quarter ended June. This is a marked deceleration, there's no doubt.

Accordingly, even the most bullish Amazon analyst will have to come to terms this week that Amazon's AWS would in the best case also be marked by a level of deceleration.

This may come as a surprise to many, particularly as we had long expected that lockdown would mean a dramatic increase in cloud usage. Well, it's a case of rhetoric to one side but facts to the other.

Having said that, for my bullish Amazon thesis, that's less relevant. Why? Because although AWS only brings in 14% of Amazon's total revenue, it ends up being responsible for approximately 77% of Amazon's consolidated operating income.

Put another way, investors should not think of AWS in terms of a high growth opportunity for Amazon. That's odd? Surely, AWS is absolutely critical to the Amazon thesis? In actuality, I contend that it's not. 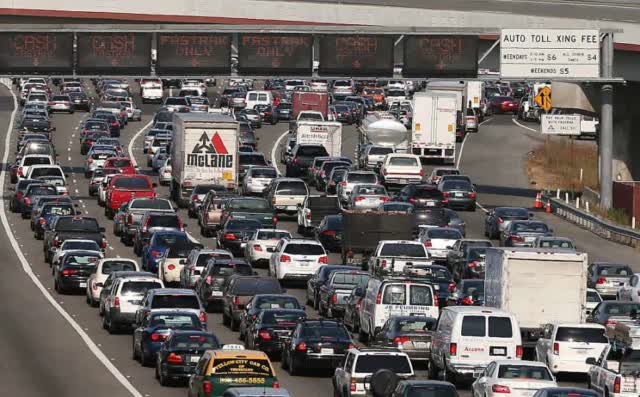 During shelter-in-place, many consumers on a global stage sought out buying from Amazon as a quick and convenient solution to venturing outside. It becomes a habit too difficult to break.

Meanwhile, Amazon for its part acts as a toll bridge on our lives. Although you won't hear Amazon talk up too much its reliance on AI to bid up prices on its platform, over time you can be sure that Amazon is doing just that. Why won't Amazon openly brag about its AI technology being its retail operations? Because Amazon is already in the spotlight for being a monopoly-like company. The last thing Amazon wishes to do is throw even more fuel in the fire.

Amazon knows our shopping patterns and is able to raise prices on merchandise that's going to be in heavy demand (during particular holidays, large events, out-of-the-normal weather patterns).

But the key to Amazon circles back to AWS. Again, AWS is not about being a very high growth opportunity for Amazon. While it was in the past critical to getting Amazon to the size it is, what's increasingly pertinent for Amazon over the coming few years is having funding to continue to find disruptive new markets.

In essence, AWS provides Amazon with the ability to predictably get hold of consistent cash streams so that Amazon does not need to overstretch its balance sheet to get access to cash.

Even though right now, interest rates are close to an all-time low, it would not be overly prudent to have an overstretched balance sheet. But by having this consistent cash infusion, Amazon is able to plan ahead and continue to heavily invest in its retail segment.

Amazon is not the cheapest stock available, nor is it actually cheap. But guess what? Amazon is so rarely on sale. 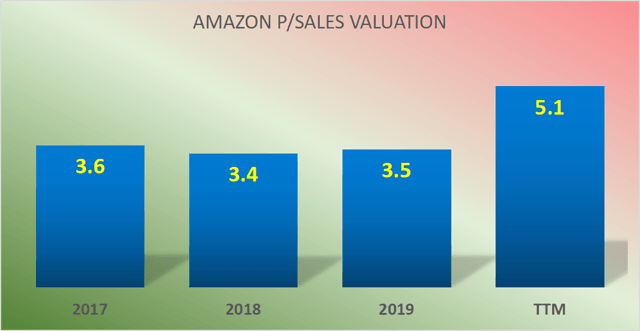 And while many investors are likely to bark at Amazon's razor-thin profit margins and question its high P/E, not only are they missing the big picture, but they are missing out on Amazon's strong gains, too.

For now, Amazon would much rather have razor-thin margins, and over-invest will continuing to grow mindshare with consumers, rather than temporarily satisfying shareholders.

Chains of habit are too light to be felt until they are too heavy to be broken.

Throughout my analysis, I make the argument that investors are not too late to become Amazon shareholders. In fact, investors can still expect positive rewards to come from staying long Amazon. Despite its size, Amazon is able to continue ticking along, taking fees along the way, as the habits of shelter-in-place become increasingly difficult to break.

Ultimately, shopping online on Amazon is just too convenient to leave room for other players. This stock is worth adding to one's portfolio.