Second-quarter earnings season is upon us, and the outlook from Wall Street on how this earnings season will go isn’t too rosy. For the second quarter in a row, analysts are expecting the S&P 500 to report a year-over-year earnings decline. That marks the first time since 2016 that earnings are expected to drop for multiple consecutive quarters.

Despite the not-so-rosy outlook from analysts, stocks have broadly sprinted to all-time highs ahead of Q2 earnings. The pre-earnings rally in stocks can mostly be attributed to macro factors, such as the U.S. and China agreeing to a trade war truce, and Fed Chair Jerome Powell indicating openness to potential rate cuts.

Those macro factors are big positives for stocks. Still, the present situation is that you have stocks trading at all-time highs ahead of what’s projected to be a not-so-great earnings season.

That combination ultimately means that some stocks are due for big pullbacks over the next few moths thanks to disappointing second-quarter numbers.

Which stocks fall into that category? Let’s take a closer look at seven stocks to sell this earnings season.

The Thesis: Shares of fast-casual Mexican eatery Chipotle Mexican Grill (NYSE:CMG) are up more than 90% over the past 7 months, have sprinted to all-time highs, and are trading at a super rich 44-times forward earnings multiple. In other words, this stock is flying really high ahead of Q2 earnings.

To be sure, some of this enthusiasm is warranted. Through menu innovations, an expanded digital business, and a change-up in marketing strategies, Chipotle has been firing off strong growth numbers over the past few quarters. Further, food services retail sales are up big over the past few months.

But, fellow high-flying restaurant chain Domino’s Pizza (NYSE:DPZ) just delivered disappointing U.S. growth numbers this past quarter. That’s not good news for Chipotle. Broadly, it means that even though all the trends are right here, there’s a not-so-insignificant chance that Q2 numbers aren’t great. If they aren’t great, that could cause some serious damage to the stock, which is trading at an ultra-rich valuation.

The Thesis: Ever since the company reported solid numbers last quarter, shares of athletic apparel company Under Armour (NYSE:UAA) have been on an uptrend. Investors are expecting that last quarter’s reduced inventory levels will pave the path for reinvigorated sales growth over the next few quarters. 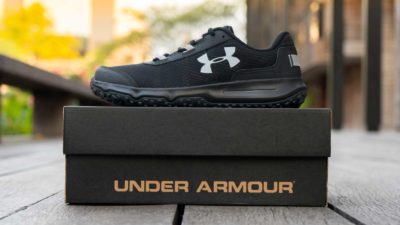 But, reduced inventory levels just allow the company to put new product out there. That new product still has to be relevant in order to drive demand. Unfortunately, it appears Under Armour’s new product continues to misfire.

Under Armour remained one of the clothing brands most quickly losing relevance among young consumers in Piper Jaffray’s most recent Taking Stock With Teens Survey. At the same time, domestic search interest trends related to Under Armour have remained sluggish over the past few months, while global search interest trends are starting to flatten out.

All in all, Under Armour’s numbers this quarter likely won’t be good enough to justify the stock’s near-20% rally since the last earnings report. 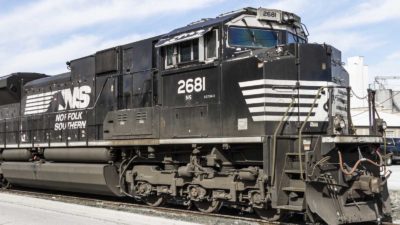 NSC stock will drop on those bad numbers because it currently trades at a relatively extended 16-times forward earnings multiple. That’s a rich multiple for a rail transport stock. As such, bad numbers plus a rich valuation make NSC stock a no-go this earnings season.

The Thesis: Shares of meal kit maker Blue Apron (NYSE:APRN) have been in a secular downtrend ever since the company went public back in mid-2017. That’s because the growth narrative here has remained persistently weak, driven by a shrinking customer base, revenue erosion, and weak margins. 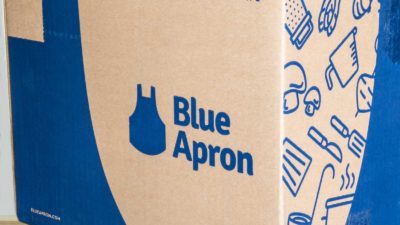 APRN stock popped in a big way recently after the company announced a partnership with Beyond Meat (NASDAQ:BYND) wherein Beyond’s plant-based meat products would be available in Blue Apron’s meal kits. That is a positive development for this depressed company, and it could ultimately spark growth back into the business.

But, the deal won’t materialize until late August, which means that second quarter numbers won’t be reflective of this catalyst. Further, Blue Apron is set to report earnings in early August, and at that point in time, management won’t have any data points to update investors with regarding this Beyond Meat partnership.

As such, it seems that APRN stock has jumped the gun on the Beyond Meat catalyst. Second quarter numbers will likely be disappointing, and there’s not much management will be able to say on the call to save the day. This dynamic ultimately implies that APRN stock could be due for some serious pain this earnings season.

The Thesis: Shares of global coffee retail giant Starbucks (NASDAQ:SBUX) have sprinted to all-time highs ahead of the company’s next earnings report, and the stock now trades at a multi-year high 28-times forward earnings multiple.

There are few things wrong with this. First, Starbucks continues to suffer from traffic declines. Second, competitive pressures in the U.S. are only building with McDonald’s (NYSE:MCD) continuing to jump more aggressively into the breakfast drinks and snacks category, and indie coffee shops continuing to pop up everywhere. Third, Starbucks has a bunch of exposure in China, and China’s economy just reported its slowest quarterly GDP growth in nearly 30 years. Fourth, Luckin Coffee (NYSE:LK) is rapidly expanding in China, and Starbucks’ growth trend in that country will be adversely impacted as a result of Luckin’s expansion.

All in all, then, there are ton of headwinds in the SBUX growth narrative. Yet, the market has ignored those headwinds, and this stock trades at an all-time high with a rich valuation ahead of Q2 earnings. That combination broadly implies that SBUX stock could be due for a big pullback this summer.

The Thesis: Restaurant and services reviews platform Yelp (NASDAQ:YELP) reported ugly first quarter numbers back in May which comprised decelerating ad business growth. Investors freaked out in response, and YELP stock plummeted from $40 to $30 in a matter of days. 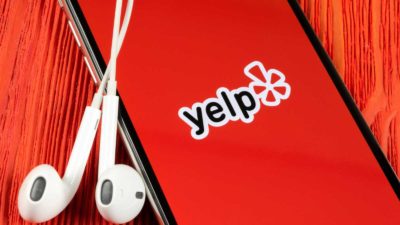 YELP stock has since rebounded, and now trades around $35. But, that’s mostly because of broader market strength than anything Yelp-specific. From where I sit, there actually aren’t many signs that the Yelp narrative has materially improved over the past few months.

As such, heading into the Q2 print, YELP stock has rallied in a big way without much justification for that rally besides broader market strength. If the Q2 numbers look like the Q1 numbers (which is the most likely outcome), then you could get another big post-earnings plunge in YELP stock.

The Thesis: Department stores have been the eyesore of a struggling retail segment for several years now, mostly because these stores are mall-centric and their value props have been eroded by the emergence of all-in-one e-commerce platforms like Amazon (NASDAQ:AMZN). Nothing about this trend has changed recently. Over the past three months, while retail sales are up 3.4%, department store sales are down 5.9%. 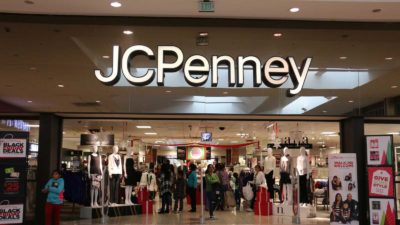 Consequently, investors should expect more bad numbers out of department store operators this quarter. In this dour group, J.C. Penney (NYSE:JCP) is the consistent worst performer, with negative comparable sales growth, eroding margins, and a huge debt load. As the consistent worst performer in a group that has had a rough past three months, JCP’s second quarter numbers will likely be pretty bad.

Those pretty bad numbers will reinforce the idea that this stock has a very realistic chance of going to zero. If that idea does get reinforced, JCP stock will drop.