Last week, President Donald Trump ordered United States companies to move their China-based operations elsewhere. The news sent the S&P 500 down by more than 2.5% in a single day of trading. The decline provided investors with some cheap stocks to buy.

A quick scan of stocks with market caps of $300 million or more that were down more than 10% over the past week brings up a total of 123 options, the largest being Dow (NYSE:DOW) at $31.3 billion and the smallest being Zynex (NASDAQ:ZYXI) at $300.9 million.

In terms of sectors that were down, healthcare saw the most carnage with 36 stocks losing more than 10% last week, followed closely by basic materials at 35 and services at 21.

I’ve recommended two of them in my group of seven cheap stocks to buy down more than 10% last week.

Over the past five days of trading through August 26, Dow stock lost 10.5%.

Dow’s stock has been under pressure due to two downgrades in a less than a month from Bank of America Merrill Lynch. The analysts expect lower demand of the company’s chemical products to hurt future earnings. 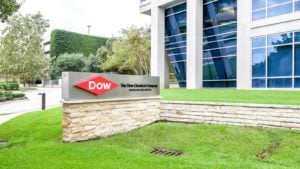 On July 26, Bank of America Merrill Lynch cut Dow’s rating from “buy” to “neutral” suggesting its chemicals business was stuck in the mud with not much optimism for growth in the near term. This came one day after releasing second-quarter 2019 results that included a 14% decline in sales to $11.0 billion, a 3% decline in volumes and a 35% drop in operating earnings before interest and taxes to $1.1 billion.

“In spite of challenging market conditions, our results reflect the benefits of Dow’s streamlined and more focused portfolio, continued cost synergy savings and stranded cost removal. In the quarter, we faced margin compression in our intermediate products in both our core business and equity earnings,” stated CEO Jim Fitterling.

Then on Aug. 16, Bank of America Merrill Lynch downgraded DOW stock a second time to “underperform” from neutral.

“We do continue to hold a favorable relative view on the long-term supply for caustic soda over polyethylene, but see these commodities driven in the near-term by sluggish demand,” the firm said in a note to clients.

Dow stock currently yields 6.8%. Get paid 70 cents a quarter to wait for these commodities to recover.

It’s a Brazilian company that uses renewable resources to manufacture pulp and paper made from eucalyptus forests planted specifically for this purpose. It is the first pulp and paper producer in Brazil to use eucalyptus pulp in its products. 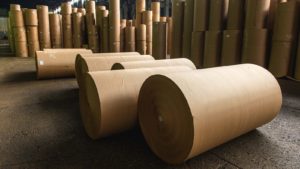 Started in 1924 by Leon Feffer, the company originally was a reseller of domestic and imported paper for business cards, writing pads, etc. In 1930, it bought its first machine and began making its own paper. The rest is history.

The Feffer family and related parties own approximately 46% of the company’s shares. David Ferrer is currently the company’s chairman of the board.

It has 13 million hectares of tree plantations, the equivalent of 200 times the size of Manhattan. It has approximately a 40% share of the Brazilian paper market with more than 35,000 clients. Suzano is by far the biggest pulp producer in Brazil with more than 10.9 million tons capacity in 2018. Over the past four years, it’s lowered its cash cost by 12% from $171 per ton to $150 per ton.

In April, Suzano completed its $9.3 billion acquisition of Brazilian rival Fibria Celulose to become the world’s largest cellulose producer. Why is Suzano’s stock down?

In the first half of 2019, there was a significant imbalance between pulp supply and demand leading to lower pulp prices. As a result, Suzano’s net revenues in the second quarter fell by 20% over last year while its cash cost per ton increased by 11% reducing the division’s profitability.

Suzano’s paper business did much better in the second quarter with net revenues 15% higher and its adjusted earnings before interest, taxes, debt and amortization 45% higher. This compares to a 28% decline in adjusted EBITDA for its pulp segment.

Long term, I like the company’s prospects, but it first has to get through the current pricing weakness in the industry due to low global demand.

The cause of last week’s decline in Elanco’s stock price had everything to do with the company’s announcement that it would pay $7.6 billion to buy Bayer’s (OTCMKTS:BAYRY) animal health unit. Elanco is paying $5.32 billion in cash and issuing approximately 68 million shares of its stock. 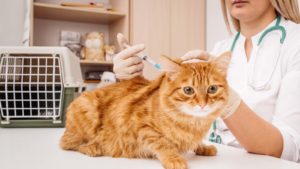 As a result of the deal, which will double the size of Elanco’s companion animal business, the company’s debt will increase to five times its adjusted EBITDA. Not only that, but Elanco’s share count will increase by 18%, seriously diluting existing shareholders.

As a result of the additional debt, S&P and Fitch suggested that the deal could result in a credit rating downgrade from the rating agencies. Analysts believe that Bayer got top dollar for its animal health assets.

While Elanco does plan to reduce its debt to adjusted EBITDA ratio to a multiple of three from five currently, the markets believe it might have overpaid for the assets. The merged company will be the second-largest animal health business in the world behind Zoetis (NYSE:ZTS).

Although there is some question about Elanco’s future growth, opportunities to buy quality assets like these don’t come around every day. Long term, this deal should turn out to be a good one for Elanco shareholders.

As if things weren’t going poorly enough for the owner of Victoria’s Secret and Bath & Body Works, then-CEO and founder Les Wexner got his name all tangled up with the late financier Jeffrey Epstein, who pretended to be a talent scout for the lingerie retailer. 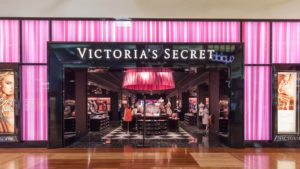 Worth several billion dollars, investors started to wonder if the man who trusted such a sinister person with some of his finances could be trusted to turn around a struggling Victoria’s Secret.

Now, the company has been hit with a financial class-action suit that alleges the company and its executives, including Wexner, made misleading statements about its finances and ability to pay a high dividend despite an ongoing deterioration of its top and bottom line.

Essentially, the suit claims that Wexner and company were way too optimistic about the business’s overall financial condition in order to keep the stock price as high as possible.

However, the worst blow to LB stock came Aug. 22 when it reported poor second-quarter 2019 sales that pushed L Brands stock to levels not seen since December 2009.

That’s a trifecta of doom that no stock can overcome.

“L Brands still believes Victoria’s Secret problems are product related, but we believe they are brand and competition related which means these problems are difficult to fix,” Jefferies analyst Randal Konik said in a note to clients. “Bath & Body Works comps are slowing and margins are compressing which means the biz has peaked.”

If not for the success of Bath & Body Works in the past two or three years, L Brands stock would likely be in single digits. Now that Bath & Body Works growth is slowing somewhat, the only investors who should consider investing are aggressive investors willing to accept a ton of risk.

As a contrarian bet, I like it. After all, when investors get fearful, it’s time to get greedy.

The company that owns the New York Knicks and Rangers as well as the iconic Madison Square Garden among its many assets, announced Q4 2019 earnings Aug. 21 that was much worse than expected. The consensus estimate for the fourth quarter was a loss of $2.51 a share with revenue of $270.1 million. MSG actually delivered a loss of $3.08, 57 cents worse than expected, and revenue of $263.6 million; a miss on both the top and bottom line. 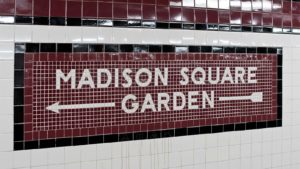 The biggest investor concern seems to be the company’s spherical entertainment venue that it’s building in Las Vegas. At the same time it announced earnings, company president Andrew Lustgarten let investors know that the project would cost between $1.2 billion and $1.7 billion by the time it’s completed.

MSG Sphere, a partnership between the company and Las Vegas Sands (NYSE:LVS), is a state-of-the-art 18,000-seat arena that’s expected to open in 2021. Unfortunately, investors see the T-Mobile (NASDAQ:TMUS) Arena just down the road that was built for $375 million in 2016, and can’t help but think it’s nothing but CEO and controlling shareholder James Dolan’s ego project.

While it might be Dolan’s ego driving the project in Vegas, I’m sure the venue will become just as highly visited as the rest of MSG properties.

Down 15% over the past year, the poor optics of MSG Sphere make the current correction a perfect time to buy MSG stock.

Over the five days of trading through Aug. 26, CrowdStrike (NASDAQ:CRWD) stock lost 10.6%.

The California-based cybersecurity company has only been a public company for a little over two months selling its stock to the public June 11 at $34 a share. On its first day of trading, it gained 70.6%; it’s up 161.4% through August 27, making it one of the more successful IPOs in 2019, tech or otherwise. 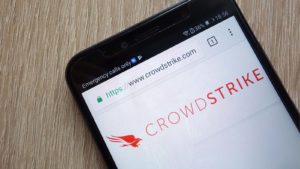 CrowdStrike delivers its second quarterly report as a public company on Sept. 5. If Q2 2020 results are as good as the results in its first quarter, investors can rest easy.

At the time of its earnings release, CEO George Kurtz said that the company — which provides endpoint network protection for companies whose employees access remote devices such as smartphones, laptops, tablets and other wireless devices — is benefiting from the ongoing move by corporations to the cloud.

Even its non-GAAP losses were 30% lower in the first quarter compared to a year earlier.

While I try not to invest in money-losing businesses, the need for CrowdStrike’s Falcon platform is real. In a couple of years, you will have forgotten that it once lost money.

Over the five days of trading through Aug. 26, OrganiGram (NASDAQ:OGI) stock lost 10.6%.

Cannabis stocks, in general, have taken it on the chin in recent days and weeks. The ETFMG Alternative Harvest ETF (NYSEARCA:MJ), which has total net assets of $1 billion and is the largest cannabis ETF listed in the U.S., has seen its shares lose 4.9% over those five days, 16.2% over the past month, and 28.3% over the past three months.

So, the fact that the OrganiGram lost almost 11% in the past week should not come as a shock.

OrganiGram is one of only four licensed producers that have supply agreements for all 10 Canadian provinces, it is ideally positioned to benefit from the growth in the Canadian cannabis market.

It had a surprise loss of $10.2 million CAD in the third quarter, down from a profit of $2.8 million CAD a year earlier. But CEO Greg Engel is very excited about the company’s future.

“We are very excited for fiscal 2020 which should build upon an already successful 2019,” the company stated in its press release. “By the first half of fiscal 2020, we expect to benefit from record harvests of high-quality indoor-grown dried flower, the sale of a variety of vape pen products as well as our initial edible product forms.”

The company’s state-of-the-art three-level indoor cultivation facility’s expansion in New Brunswick will be completed by the end of 2019. At that time, it will have 113,000 kilograms of cannabis production capacity to meet the needs of all 10 provinces.

As for edibles and derivative products, it expects to complete the 56,000 square-foot addition to its Moncton facility by the end of October at a cost of $48 million CAD. It is well-positioned to benefit from Canadian legalization in December. OrganiGram’s chocolate products alone should bring it significant revenue in 2020.

This is one of the cannabis companies I haven’t paid much attention to but you shouldn’t repeat my mistake. The stock’s correction makes it an excellent time to take a closer look.

I know I will.