When the S&P 500 (SPY) returns around 30%, there are not a lot of losers. In this article, I want to highlight the worst performing decile of the S&P 500. Notably, not even 50 companies generated negative total returns on the year. Like with this article's companion piece on the 50 Best Performing S&P 500 Stocks of 2019, I think it is instructive to look at the tails of the return distribution to understand the drivers of the best and worst performers of the last year as wee look forward towards 2020.

In the table below, I have listed the 50 worst performing current S&P 500 constituents. 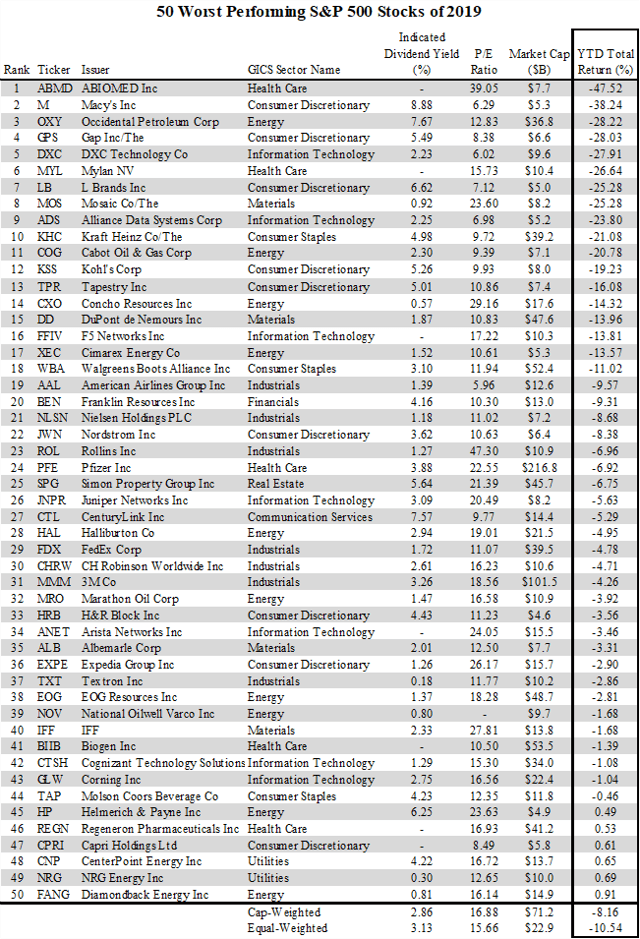 Here are some of my takeaways from this list of laggards: 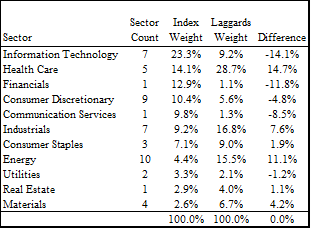 In what was the best year for the S&P 500 since 2013, the tail of the distribution was not so painful for investors. Not even 50 of the S&P 500 companies lost investors money on the year. Energy and Retail were over-represented on the list, but the overall list of laggards was fairly broad-based. I hope this depiction of the tail of the return distribution was useful in framing the themes that hurt investors in 2019.