Last year was probably the toughest in recent history on airline stocks. END_OF_DOCUMENT_TOKEN_TO_BE_REPLACED

GameStop (NYSE:GME) is up 85% over the past month through June 8. END_OF_DOCUMENT_TOKEN_TO_BE_REPLACED

5 Red-Hot IPO Stocks to Buy for the Long Run

Coming into the year, everyone knew that 2019 was going to be a record year for the IPO market. You had big growth technology companies like Uber (NYSE:UBER), Lyft(NASDAQ:LYFT), Palantir, Airbnb, Slack, DoorDash and many others set to go public in a wave of huge tech IPOs that the market hadn’t seen anything like since 2000. Beyond the volume of IPOs, Wall Street was also broadly excited for these companies to finally go public, as many investors viewed the big dogs in the 2019 IPO market as a group of long term winners.

Fast forward six months. The 2019 IPO market has had massive success. But for different reasons than expected. Two of the larger IPOs of 2019 — Uber and Lyft — were duds. Offsetting weakness in those IPOs is tremendous strength from a plethora of smaller IPO stocks.

In other words, while the 2019 IPO market is as red hot as everyone expected, it’s the small guys that are making it red hot, not the big dogs.

In the long run, the big dogs should catch up. But the smaller players will remain red hot, too. Wall Street is starting to realize just how many hidden gems there were in the 2019 IPO pipeline, and many of these hidden gems are in the first innings of multi-year growth narratives.

With that in mind, let’s take a look 5 red-hot IPO stocks that should continue to run higher in the long term. 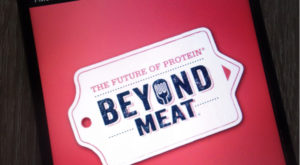 Why the huge run up? Plant-based meat is the biggest trend in the food industry. As consumers are becoming increasingly aware of their own health, the environment and animal welfare, they are increasingly shifting away from animal based diets. The first pivot was in dairy. Now, plant-based dairy comprises north of 13% of total dairy sales. The next pivot is in plant-based meat, which comprises less than 1% of total meat sales today but is on an exponential growth track to 10%-plus share in the not-too-distant future.

There are two companies at the epicenter of this plant-based meat pivot: Beyond and Impossible. Impossible isn’t public. Beyond is. Thus, any investor seeking exposure to the huge plant-based meat trend has only one option: buy BYND stock. This dynamic, coupled with the fact that Beyond continues to report sizzling growth across all its channels, has pushed BYND stock up nearly 500%.

Next up, we have a technology company that is very quickly becoming an important player in the secular growth enterprise video conferencing market. Zoom Video (NASDAQ:ZM) went public at $36 per share in late April. The stock doubled in its first day of trading, trended higher over the next few weeks, and then shot up another 20% after its first earnings report as a public company. Net net, ZM stock is up 174% from its IPO price. 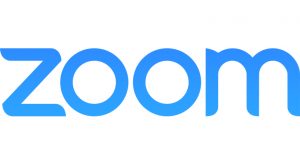 Why the big run up in ZM stock? With Zoom, you have an exceptionally rare combination of big revenue growth, huge long-term potential and profitability. In the business world, there are a lot of really small companies out there growing very quickly, with a ton of room to keep growing for a lot longer. But most of those companies are running huge losses while they are spending an arm and a leg to grow. Meanwhile, there are also a bunch of bigger companies that are still growing very quickly and are profitable, but which have largely maxed out their market, and the runway for further growth is limited.

Zoom takes the best of both of those companies and leaves out all the rest. Zoom is growing very quickly. They reported 100%-plus revenue growth last quarter. They are also very small, controlling less than 5% of the video conferencing market. On top of that, because the company operates at 80%-plus gross margins and controls spend well, Zoom is already profitable.

Investors can’t get enough of this trifecta of big growth, long runway and profitability. In the near-term, ZM stock is slightly overvalued and overstretched and needs to retreat. But after that near-term retreat, the long-term uptrend will resume, mostly because these is visible runway here for Zoom to keep growing profits at a robust rate over the next several years.

The digital advertising world has a lot of viable players, many of whom are already public. Nonetheless, investors were excited to see Pinterest (NYSE:PINS) go public in late April. The stock went public at $17 per share. It zoomed to $35 by the end of April, and even though a disappointing earnings report has caused shares to come back to reality, PINS stock is still up more than 65% from its late April IPO price. 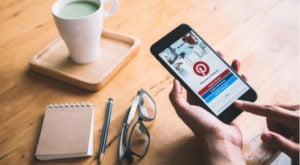 Considering all that, then Pinterest should have no trouble building out its still nascent advertising business. At scale, that advertising business should be nearly as big as the ad business over at Twitter (NYSE:TWTR) since the two platforms have comparable size in terms of monthly active users. Yet, Twitter has a market cap of $30 billion. Pinterest has a market cap of $15 billion.

Thus, the long-term growth potential for PINS stock — assuming the company can successfully build out its ad business — is enormous.

One of the lesser known but more explosive IPOs of the year has been that of African e-commerce giant Jumia (NASDAQ:JMIA). Jumia went public at $14.50 per share in early April. By late April, JMIA stock was trading hands near $50. The stock has since settled down amid a few short-seller reports, but it’s still up more than 60% from its early April IPO price. 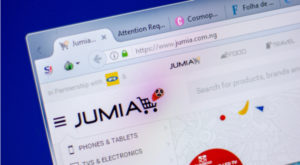 The core growth narrative here is very simply and straightforward. Jumia is being hailed as the Amazon (NASDAQ:AMZN) of Africa, mostly because Jumia is Africa’s most important and dominant e-retailer with a rapidly expanding logistics arm. Africa is the last frontier of the technology revolution. Internet penetration across the continent remain well below the global average, and the digital economy (including e-commerce) is still nascent. This won’t remain true forever. Eventually, the tech revolution will come to Africa — just like it came to Asia — and it will produce an enormous growth opportunity.

Jumia is at the center of all that growth. They are the biggest player, growing super quickly, with a retail footprint and logistics network that will be hard for any foreign competitor to replicate. As such, investors have looked at Jumia as a long term play on the secular growth Africa e-commerce market, and JMIA stock has consequently risen.

But there have been some short-seller reports circulating which basically call Jumia a fraud. These claims have knocked the stock from its post-IPO highs. But these claims don’t seem to hold much water in the big picture. In that big picture, regardless of near term noise, Jumia is the most important and biggest player in the rapidly expanding and potentially enormous Africa e-commerce market. In the long run, if Jumia can maintain its leadership position in that market, JMIA stock will head way higher.

The newest stock on this list is millennial-focused online fashion retailer Revolve(NASDAQ:RVLV). In early June, Revolve priced its IPO at $18 per share. RVLV stock opened trading at $25, up 40%, and closed the day at $34, marking a 90% move higher in the stock’s first trading day. 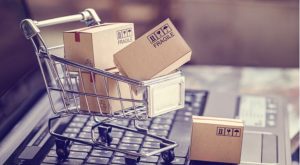 What’s the all the hype about? Revolve is attacking the fashion game using a unique, more modern approach which has allowed the brand to win over millennial customers. This approach includes a few key pillars. First, they are online only, so that aligns with the e-retail trend. Second, they leverage social networks and influencers to grow reach and drive awareness, so that aligns with the fact that millennials spend most of their time watching their favorite influencers in various social media channels. Third, everything is data-driven based on millennial-centric data, so that allows Revolve to deliver an elevated millennial-focused shopping experience with a more relevant merchandise assortment.

Put that all together, and it’s no wonder Revolve has turned into one of the millennial generation’s favorite retail platforms, that grew sales by over 20% through the first half of 2018.

In the long run, this stock should head higher. Millennial consumers are growing up and making more money, meaning they are becoming an increasingly important driver of retail consumption. Those millennial consumers love Revolve. Thus, as they become bigger spenders over the next several years, they will spend more on Revolve, and Revolve’s sales will continue to grow at a healthy rate. The company also operates around 50% gross margins, with positive and rising operating margins, so the outlook for robust profit growth is quite favorable.