5 Goldman Sachs Stocks to Buy with Over 20% Upside Potential

Goldman Sachs (NYSE:GS) is keeping a bullish view on the economy’s outlook. “Our economists expect that a U.S. recession is unlikely during the next two years,” the firm’s chief U.S. equity strategist David Kostin said recently. He believes the U.S. will narrowly avoid a recession, with the S&P 500 rising 4% to 3,100 points by the end of 2019. This should then climb 14% to 3,400 by the end of 2020.

Uber (NYSE:UBER) stock is down 17% since its initial public offering (IPO). But Goldman’s Heath Terry isn’t going anywhere. The analyst has a buy rating on the stock with a $56 price target. With shares trading at such weak levels, his price target now indicates attractive upside potential of 66%.

“While there are considerable risks in ownership across the space given the intense competition, regulatory issues, and operating pressures, we continue to believe the risk/reward in owning the leader in this space is favorable and we remain Buy-rated,” Terry explained.

Goldman Sachs doesn’t just have a buy rating on Alibaba (NYSE:BABA) — it has a Conviction Buy rating. This recommendation is reserved for stocks the firm holds in particularly high regard. 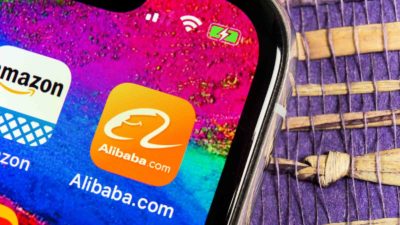 “We remain impressed with Alibaba’s overall leverage to China consumption growth given its strategy, positioning, ability to build new businesses (such as new retail) and its execution,” Mubayi told clients. “We expect Alibaba to continue to invest for future growth on multiple fronts.”

The analyst highlights the company’s growing cloud and financial businesses: “In our view, the continuous investment in cloud technology demonstrates Alibaba’s determination to solidify its leading position in the industry and take up more market share in the future,” he said. “We believe Ant Financial will continue to be the ‘enabler’ of Alibaba’s New Retail strategy and help the company navigate the globalization road map.”

Even without co-founder Jack Ma at the helm, analysts continue to favor Alibaba stock. In the last three months, 16 analysts have published back-to-back buy ratings on the stock. Their average price target stands at $228.

Analysts are currently divided 50/50 on the outlook for pharma giant Johnson & Johnson (NYSE:JNJ). But one analyst coming down in favor of the drug’s prospects is Goldman Sachs analyst Terence Flynn. He has a buy rating on the stock and a Street-high price target of $169 (30% upside potential). 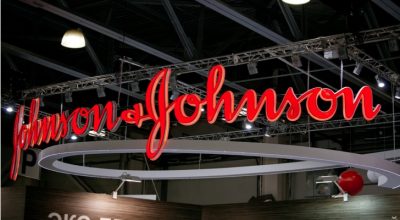 “While volatility from policy/drug pricing headlines ahead of the 2020 U.S. election could continue over the near-term, we are positive on the fundamental outlook for the biopharma sector,” he told investors recently.

“In general, we advocate owning stocks exposed to new product cycles and with pipeline optionality,” Flynn continued. “We also favor those with a clear margin expansion opportunity,” he added.

As for JNJ stock specifically, Flynn sees Johnson & Johnson as a more stable pick given its diversified portfolio. The company covers pharmaceuticals, medical devices as well as consumer products — which means it has relatively low exposure to Medicare and Medicaid compared to other prescription drug manufacturers.

With this in mind, the analyst writes: “We think the stock (and P/E multiple) will be less impacted by potential drug pricing headlines/policy proposals ahead of the 2020 presidential election as was the case in 2015.”

Welcome to another intriguing investing proposition: Chinese-based video platform Bilibili (NASDAQ:BILI). This is an extremely popular video sharing website themed around anime, comics, and games. It covers a loyal fan base of over 100 million monthly active users with average daily time spent at 81 minutes, as well as 732,000 content creators. Users can submit, view, and add commentary subtitles on videos. 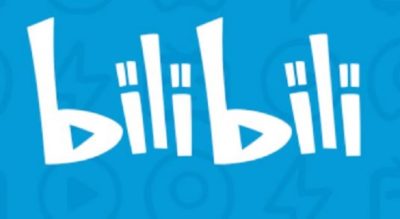 Four-star Goldman Sachs analyst Piyush Mubayi initiated Bilibili with a Buy rating and $21.50 price target on Aug. 7. His price target indicates shares can surge an impressive 44% from current levels. Mubayi believes BILI offers the “go-to brand” for over 100 million of China’s youngest internet users. Crucially, the analyst sees BILI turning a profit as soon as 2021 — citing 1) current popularity; 2) just 5% penetration and; 3) further monetization of the “expanding and sticky” user base.

He isn’t the only analyst singing the stock’s praise. Jefferies’ Thomas Chong writes: “Together with the support of Tencent and Alibaba, we consider Bilibili well-positioned to capture the long-term trend in Gen Z entertainment across content, community and commercialization.” He estimates the site will reach the 250 million user milestone in five years.

The stock has a ‘Strong Buy’ consensus with shares up 35% since its NASDAQ market debut last year.

All nine best-performing analysts rate Vertex Pharmaceuticals (NASDAQ:VRTX) a buy right now. And five-star Goldman Sachs analyst Salveen Richter has just made a very bullish move on the global biopharma. On Sept. 2 she upgraded VRTX from Buy to Conviction Buy. That came with a price target boost from $226 to $254.00, suggesting shares can surge over 45%. 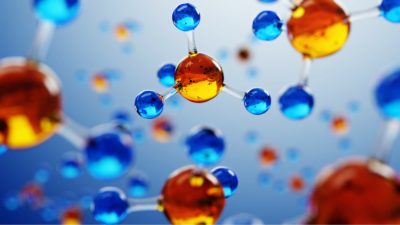 “Collectively, VRTX’s growth and profitability profile, coupled with the pipeline, position it as one of the most attractive names across the biopharma sector,” the analyst enthused. Vertex discovered and developed the first medicines to treat the underlying cause of cystic fibrosis (CF), a rare, life-threatening genetic disease.

According to Richter the company “is in the middle of a multi-year period of rapid margin expansion and EPS out-performance driven primarily by legacy cystic fibrosis franchise and the likely launch of VX-445 triple combination.” If the triple regimen is approved, Vertex will be able to treat almost 90% of patients with cystic fibrosis (CF).

What’s more, Vertex’s robust pipeline is extremely promising. “While investor focus to date has centered on the CF business…we believe attention should now shift to the emerging pipeline” Richter wrote. She sees a significant $7.5 billion opportunity in the alpha-1 antitrypsin deficiency disorder program. Plus a promising non-opioid pain killer-VX-150 is also in the works.