4 Oil and Gas Stocks to Buy

The big news overnight were reports that two energy tankers were attacked in the Persian Gulf, near the critical Strait of Hormuz chokepoint. All eyes are on the Iranians, who are locked in a sanctions stalemate with the United States and have threatened to attack energy infrastructure in the region.

For now, Tehran is denying responsibility. But traders on Wall Street are busily bidding up crude oil and energy stocks as recent bearishness driven by growing inventories fades fast. This follows Wednesday’s 4% lurch lower in West Texas Intermediate, which was testing support near the $50-a-barrel level.

For investors looking to take advantage of rising tensions — calling to memory the mining of the Persian Gulf in decades past — consider these four stocks: 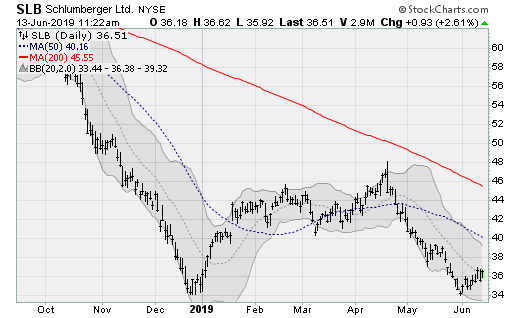 Shares of oilfield services provider Schlumberger (NYSE:SLB) are bouncing off of support near the late-December lows, setting the stage for a challenge of the 50-day moving average. Such a move would be worth a gain of 11% from here. Shares were recently upgraded to “buy” by analysts at Stifel. 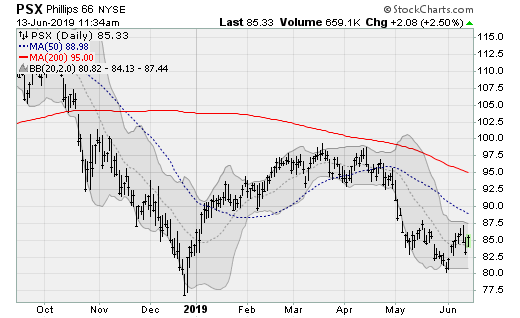 Shares of oil stock Philips 66 (NYSE:PSX) are enjoying the formation of a solid base of support near the $85-a-share level and look ready for a push towards a combination of resistance near $87.50 — the confluence of its upper Bollinger Band, its 50-day moving average and its mid-May high. A breakout from here would put the mid-April high near $98 in play, which would be worth a gain of 14% from here.

The company will next report results on July 26 before the bell. Analysts are looking for earnings of $2.35 on revenues of $26.9 billion. When the company last reported on April 30, earnings of 40 cents per share beat estimates by five cents. 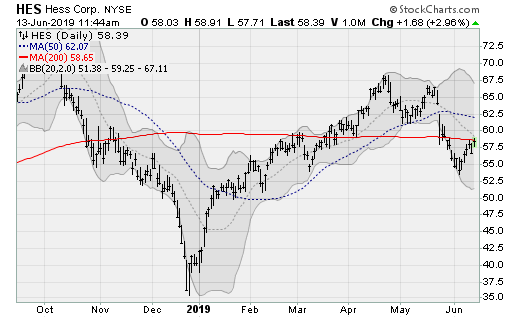 Shares of Hess (NYSE:HES) are challenging their 200-day moving average after finding support near its early March lows. Watch for a third attempt at the $67.50 level, which would be worth a gain of roughly 17% from here. Hess is an independent oil and gas producer that has seen its shares churn sideways for more than a decade. Nothing like the specter of another conflict in the Middle East to break the malaise.

The company will next report results on July 24 before the bell. Analysts are looking for a break-even results on revenues of $1.6 billion. When the company last reported on April 25, earnings of nine cents per share beat estimates by 36 cents on a 15% rise in revenues. 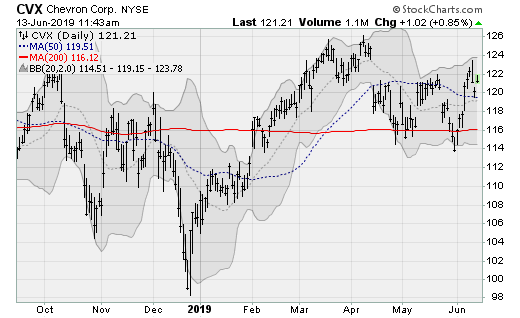 Shares of Chevron (NYSE:CVX) are breaking up and out of a three-month consolidation range after finding support under their 200-day moving average. Watch for another challenge of the $125-a-share level that has bounded its range since late 2017. Analysts at Citigroup recently resumed coverage of the stock with a buy rating.

The company will next report results on July 26 before the bell. Analysts are looking for earnings of $2.02 per share on revenues of $41.5 billion. When the company last reported on April 26, earnings of $1.39 beat estimates by six cents on a 6.8% decline in revenues.