Blockchain… the smartphone… 5G…Over the last 20 years, we’ve lived through a END_OF_DOCUMENT_TOKEN_TO_BE_REPLACED

4 Consumer Stocks That Will Defy Drop in Sentiment

The past few months have been nightmarish for some of the biggest consumer names on Wall Street, and that sure has affected your portfolio. For instance, food company Conagra Brands, Inc. saw its shares plummet nearly 40% in the last three months, while tech behemoth Apple Inc. plunged almost 20% in the same period.

No doubt, consumer stocks are feeling the pain owing to drop in consumer sentiment due to the longest-ever U.S. government shutdown and continuing trade conflict with China. U.S. consumer confidence fell to the weakest point since July 2017 of 120.2 in January from 126.6 last December, per the New York-based Conference Board. A gauge measuring consumers’ expectations also tanked to the lowest since October 2016, while American’s view on present conditions weren’t good either. 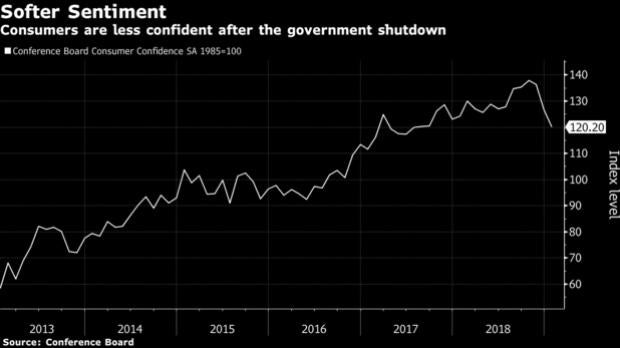 But, while consumer stocks certainly have been choppy of late, there are plenty of names that have given good returns. So, there is no need to panic and give up on these stocks yet. We have zeroed in on four such stocks that have yielded strong returns in the last few months and have defied the drop in sentiments.

Crocs, Inc. has improved significantly from what it was a decade ago. The company, which sells a wide range of footwear, has especially sold products to nursing and food service sectors where most of the employees are on their feet all day. This development is surely working in favor of the company as its projected revenue growth for fiscal 2018 is 6% and 5% for 2019.

The company’s stock has outperformed the broader Textile - Apparel industry in the past six-month period (+56.5% vs -5.0%). 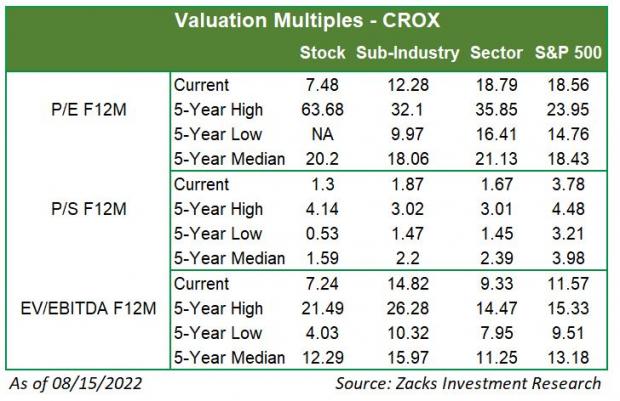 The company’s expected earnings growth rate for the current quarter and year are a promising 46.3% and 166.7%, respectively. The stock currently has a Zacks Rank #1 (Strong Buy).

In the age of Uber and Lyft, General Motors Company maybe facing a tough challenge as reflected by the secular decline in its vehicle sales. But, do not count GM out. It has a reliable business model and boasts $17 billion in net operating cash flow and has more than $25 billion in cash and short-term investments on its balance sheet.

And how can we forget that GM has easily surpassed third-quarter expectations with impressive earnings results that helped its shares jump 9% in a single trading session. The company’s stock has outperformed the broader Automotive - Domestic industry in the past six months (+1.5% vs -3.1%). The stock currently has a Zacks Rank #2 (Buy).

One of the major reasons the stock is doing well is improving fundamentals. The company expects revenues to grow 8% in fiscal 2018 and earnings to jump a solid 29%. Further, kudos to CEO Brian Niccol for introducing digital sales tactics like Panera Bread and Starbucks Corporation that helped sales improve.

The company’s stock has outperformed the broader Retail - Restaurants industry in the past six-month period (+22.3% vs +13.8%). 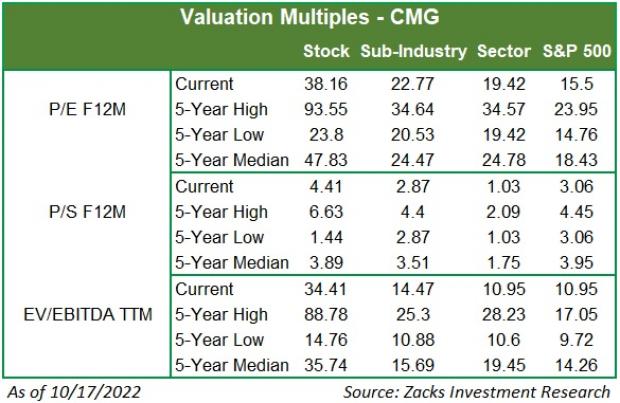 The company’s expected earnings growth rate for the current year is 28.8%, more than the industry’s expected gain of 8.7%. The stock currently has a Zacks Rank #3 (Hold).

Last year was pretty awful for Snap Inc. Its user growth declined, thanks to stiff competition from Facebook, Inc.’s property Instagram. But, this year looks promising. After all, its focus on international user growth through an improved Android app and its continuous initiative to connect with advertisers will surely boost its top line in the near term. This company currently expects its top line surge more than 30% in fiscal 2019.

The company’s stock has outperformed the broader Internet - Software industry so far this year (+16.7% vs +10.6%).

The company’s expected earnings growth rate for the current quarter and year is an encouraging 38.5% and 13.1%, respectively. The stock currently has a Zacks Rank #3.