The possibility of making money with penny stocks from a move of a few dollars makes penny stocks very attractive. This goes for the investment for scores of investors. However, actually profiting from a penny stock is a trickier task than just hitting buy and then hitting sell. The investor needs to be able to choose the right stock to buy.

This isn’t a list of penny stocks to buy or sell. But rather a few penny stocks to watch after the latest moves they’ve made in the last week. Penny stocks are notoriously volatile. If the wrong pick is made then there is the possibility of making substantial losses as well.

In order to choose the right penny stocks to buy, investors need to conduct their own research. Then watch the movement of various stocks in order to come to a decision. Here is a look at some penny stocks that made significant moves recently.

Cincinnati based electric delivery vehicle manufacturing penny stock Workhorse Group Inc has been on an irresistible run this year. During the period, WKHS stock has gained an astonishing 440%. The main trigger for the stock’s upward surge came up in May this year. The company was in the process of acquiring the Lordstown plant that belonged to car manufacturing giant General Motors. 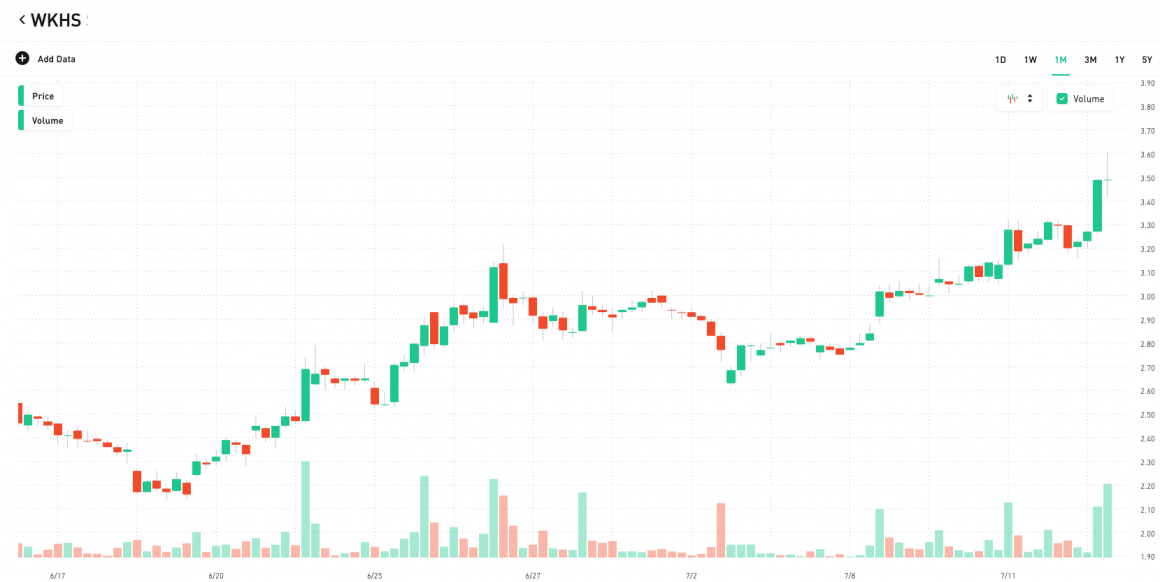 In addition to that, Workhorse Group also managed to raise big money from institutional investors around this time. That proved to be another important trigger. However, it needs to be reiterated that the company’s sales totaled only $384,000 and Q1 2019 losses came in at $6.3 million.

Penny Stock Not On Robinhood:

Another penny stock Robinhood investors are watching is OHR Pharmaceutical Inc. The sad part is that Robinhood doesn’t allow access to this one penny stock (for the time being). The stock gained as much as 70% in July thus far and jumped again on Friday due to positive penny stock news.

The company announced on July 10 that OHR shareholders have approved the company’s plans to merge with NeuBase Therapeutics Inc. Under the terms of this merger, NeuBase will become the majority shareholder in the new entity. Could OHRP stock holders be in for a big payday?

Another Robinhood Penny Stock To Watch:

Designer and innovator in the container-based structure space SG Blocks Inc was the other penny stock surging this month. On July 12, the company announced that it successfully managed to get a governing company agreement for Texas-based CPF GP 2019 LLC. 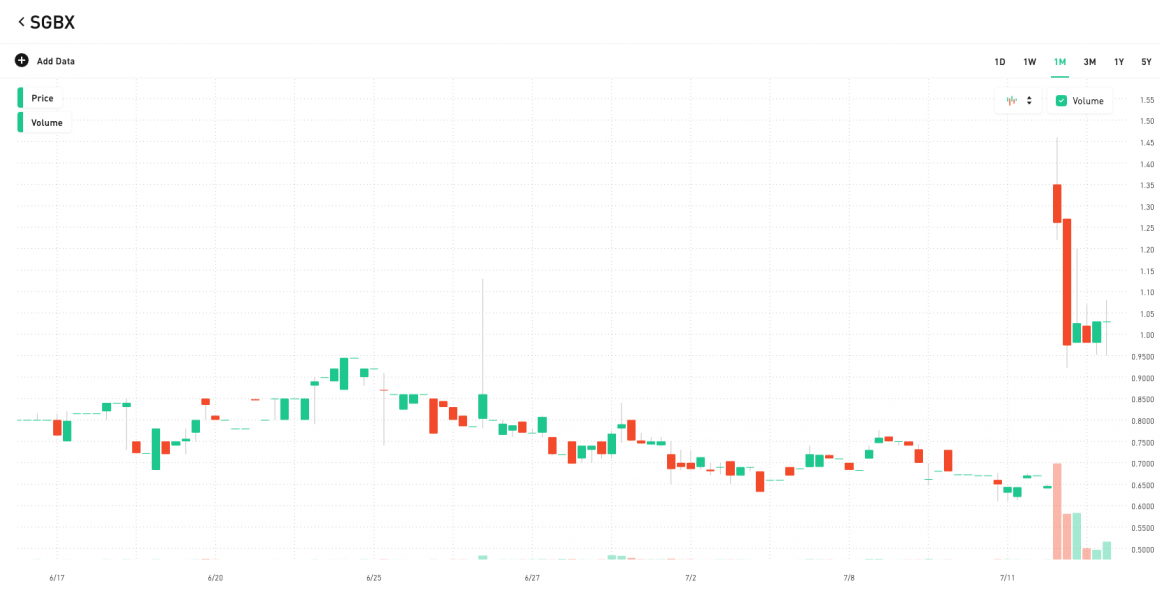 The Texas-based company apparently has a 302-unit multifamily project that is located in New York. It goes without saying, that it’s an important deal for SG Blocks. After the news broke, investors piled on to SGBX stock and it surged by as much as 58% on Friday. It remains to be seen how the penny stock performs over the coming days but it could definitely be in most watch lists.