3 Forgotten Stocks to Buy That Will Shine Bright Again

The whole world is currently stuck at home due to the coronavirus from China outbreak. And in turn, investors now have more time than ever to do homework on the stocks they like. Some of the financial lights have dimmed a lot, but three names are still viable for the long term. And after we overcome this devastating pandemic, these three stocks to buy will shine bright again.

Normally, I wouldn’t group these three stocks together because one ancient relative to the other two. But the problem that it is facing now makes it as speculative as the other two who are more recent IPOs.

Moreover, Wall Street is hoping that stocks have already bottomed, and this week will be a good test of this notion. The economic reports that are due will show us worsening global conditions, so investors could panic sell the headlines one more time. It is also important to keep in mind that this will be a process unless we get a surprise cure to coronavirus.

Parts of the U.S. remain under shutdown orders, and this weekend President Donald Trump suggested that we remain so until at least June. This slower-paced world operation will linger longer than ever before, and there are no road maps for how investors will behave. Since this is unknown to us, then we should remain cautiously optimistic.

So, let’s dive in and look at these three stocks to buy.

Not too long ago, Boeing (NYSE:BA) stock was unstoppable. Investors bought every dip regardless of how serious the headline was. So the chart trend line was very steep, which also made it vulnerable to giant corrections like the one it just suffered. We all know the struggles it had last year from the self-induced 737 Max model. So Boeing came into this global catastrophe already wounded. Since they couldn’t deliver planes last year, they already were in a cash crunch.

Another wound came from the collapse in oil prices. Usually that would be a good thing because lower fuel costs would benefit Boeing’s clients — the airlines. But since the world shut itself down, no one was flying and airlines now need a bailout to survive. So when your clients are facing imminent death, there’s a good chance they’re not buying flights.

This put BA stock in jeopardy, and the rating agencies acted by downgrading its debt. That said, it’s not a surprise that the perfect storm hit it hard as its equity price fell under $90 per share. This was a very obvious point of entry for investors. Proof is that the stock flash rallied 110% immediately thereafter, and opportunities this obvious don’t linger too long. Nevertheless, even after the bounce and even if markets are not done panicking, BA stock is a viable long-term investment from here. 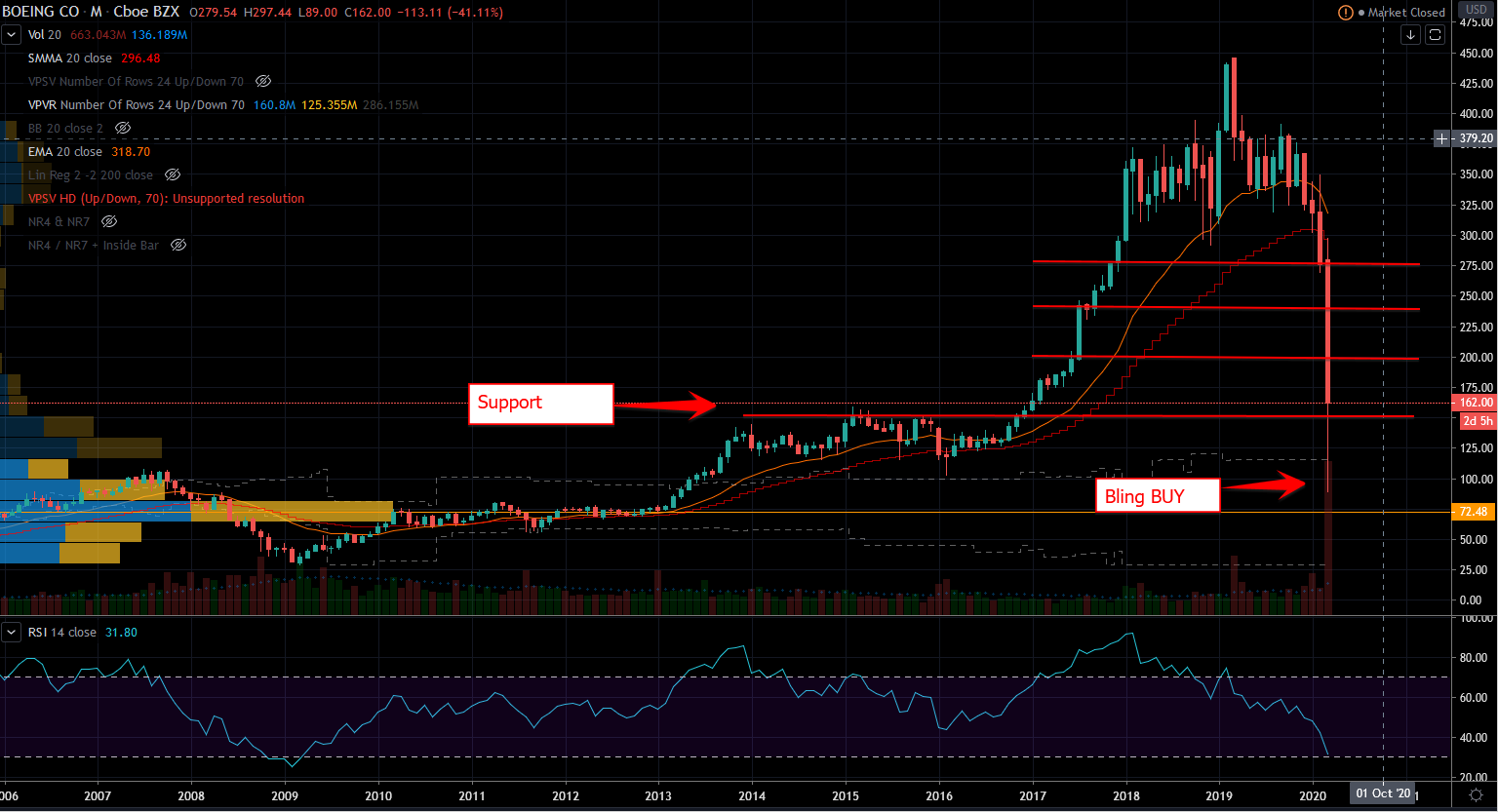 Last year, consensus on Wall Street was that the thesis of realistic alternative foods to meat was a foolproof investment. Beyond Meat (NASDAQ:BYND) was the leading public company, and the stock price soared to $240 per share. Since then, though, this forgotten 2019 stock star crashed about 70%. And now it’s trying to find footing while out of the limelight.

On the way up, I did not like how BYND stock rallied into its highs because investors were buying it in panic. I do believe in the thesis because there are millions of people who want to avoid eating meat for health reasons. However, there are also millions more who want to do it for ethical reasons. There’s nothing wrong with refraining from indulging in eating meat if you care about animals or saving the planet. Eventually, alternative meats will be ubiquitous and usually the original companies that bring it to market win in the long term.

Beyond Meat has competitors already, but the bigger threat comes from the food giants that could squash it. But I bet in this case they would either buy or join it, so I don’t fear Beyond Meat’s imminent stock demise. Like Boeing, but for different reasons, BYND stock is invest-able at these levels for the long term. 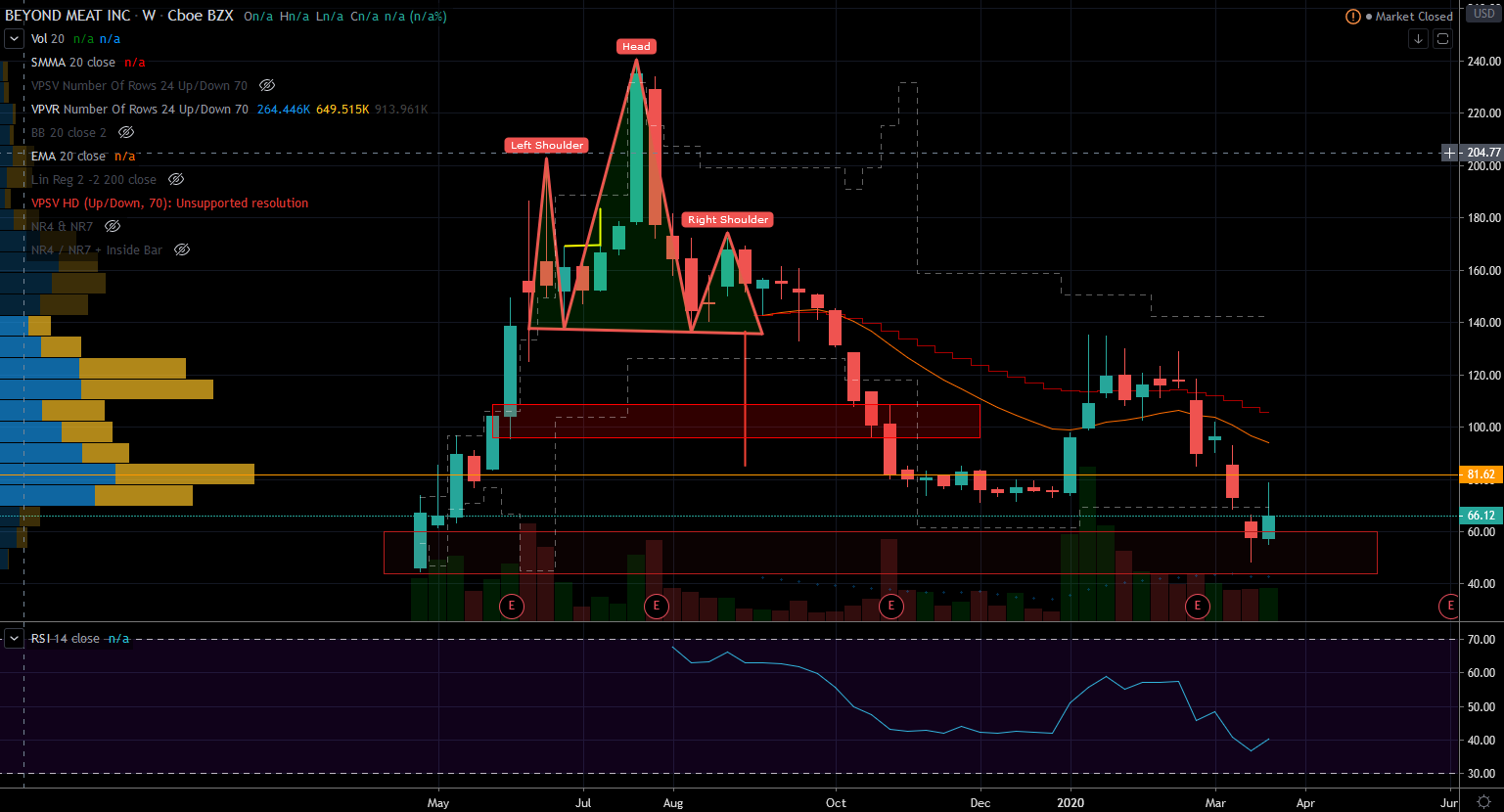 Peloton (NASDAQ:PTON) is also a relatively recent IPO whose stock soared in popularity last year. However, it also crashed in March to a new low — which was puzzling.

Peloton offers a solution for working out at home. And when everybody is ordered to stay at home, demand on its services should have soared. That said, this looks like a missed opportunity from management. Or maybe psychologically, investors tied its stock performance to its hardware sales. Regardless, the company should have made more efforts to advertise the services aspect of its offerings.

Nevertheless, the stock has recovered almost half of the correction that started in February. So there’s no panic to buy it here as a short-term bet because the easy part of the bounce is already done. But for the long-term, PTON stock remains a viable investment. It still needs to prove itself financially, but as a start-up, Wall Street will ignore the fact that it sells at six times its full-year revenues while losing money. For now, investors can allow it a grace period of overspending.

Technically, it has to support zones one near $24 and $22 below. Conversely, there will be resistance going into $27 per share so the bulls have a lot of work ahead of them. 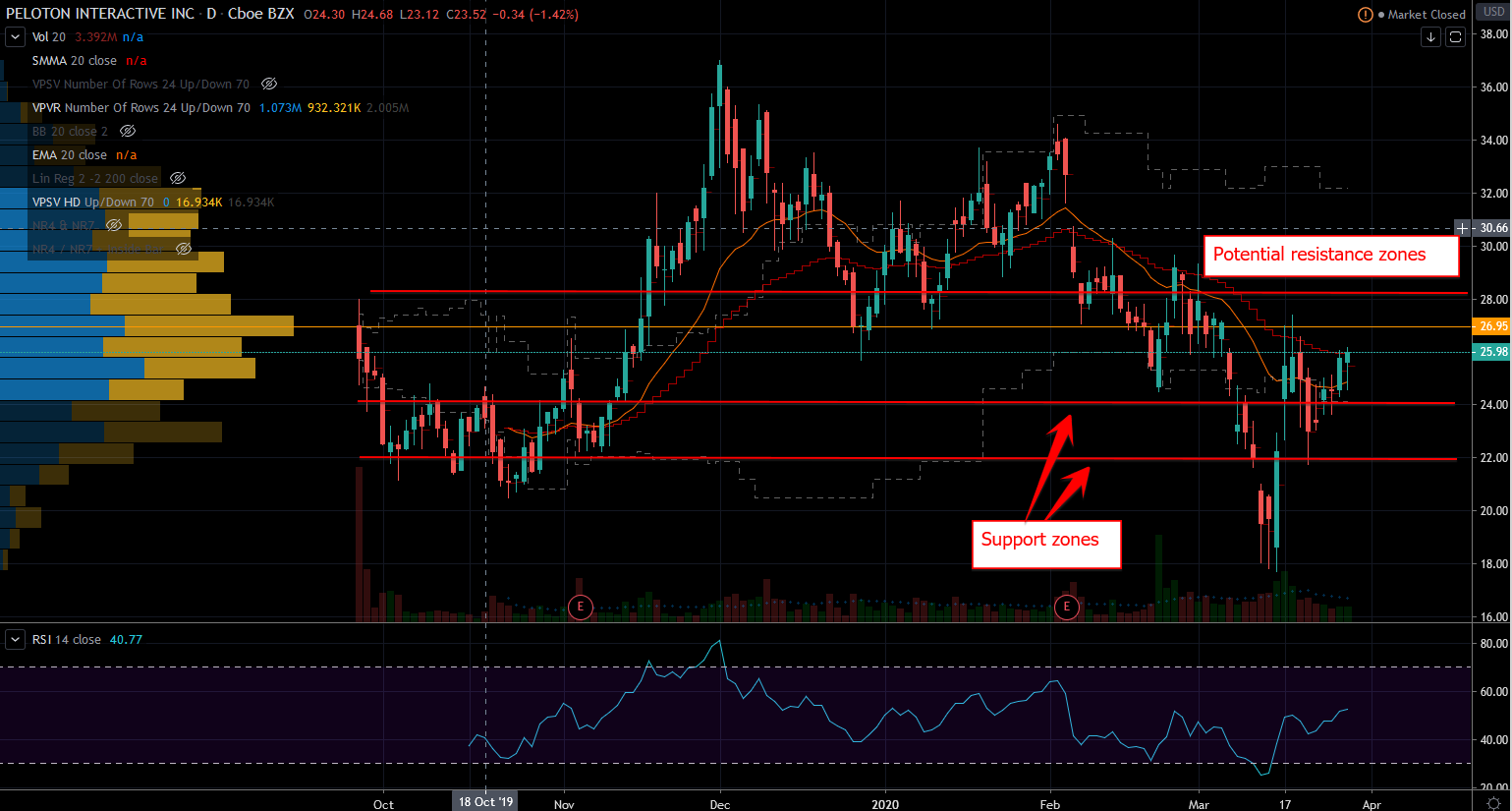