10 Stocks to Buy for Less Than Book

The S&P 500 is up 20% year to date through July 11. It’s a big reason why Morgan Stanley downgraded global stocks from equal weight to underweight. The stocks to buy are few and far between.

In fact, Morgan Stanley’s chief investment officer Mike Wilson believes the S&P 500 will gain 1% over the next 12 months in the best-case scenario and lose 7.6% in the worst.

Therefore, the idea of finding stocks to buy for less than book seems like an absolute impossibility given the state of the markets.

Nonetheless, I did a screen to find value stocks based on book value. I was able to find 160 stocks with a market cap of $2 billion or more that were trading for less than book value. Of those, 31 belonged to the S&P 500.

To make things interesting, I’m going to recommend 10 stocks to buy for less than book value; five from the S&P 500 and five outside the index.

May the best value stocks win.

Molson Coors (NYSE:TAP), the maker of beers such as Coors Light, Miller High Life and Molson Canadian, currently trades at 0.89 times book value. It has a total return year to date of 0.94%.

Molson Coors entered into a 50/50 joint venture with Hexo (NYSEAmerican:HEXO), a Montreal-based cannabis company, in August 2018. In June, TAP detailed its plans for cannabis-infused drinks for the Canadian market. Plans include selling multiple types of beverages the day (December 16) derivative cannabis products such as cannabis-infused drinks, edibles, and concentrates can be legally sold. 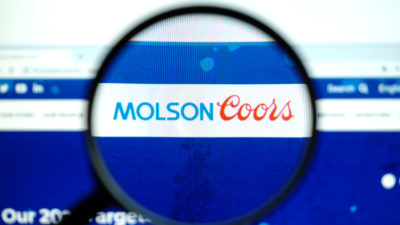 “We’ll have a very large supply so we’ll be in a good position to be able to meet the demand of the marketplace and at the same time also ensure that we’re meeting the variety that the marketplace wants,” Jay McMillan, Hexo’s vice president of strategic development said at the World Cannabis Congress recently.

In my opinion, edibles and drinks are going to be much bigger than the sale of dried flower within 2-3 years. Molson Coors has an inside track.

News Corp. (NASDAQ:NWSA), the news and publishing arm of Rupert Murdoch’s empire, currently trades at 0.84 times book value. It has a total return year to date of 18%.

Lachlan Murdoch, who is the CEO of News Corp., recently discussed how the company is focusing on opportunities that revolve around live content to survive in the digital age. 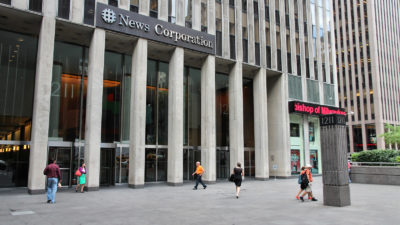 “Of the advertising revenue, the remarkable statistic is that 70% of that revenue is derived from live television, and the reason that we’ve structured a company for that is because… when we are talking absolutely instantaneous live news, sports, opinion is where these people aren’t delaying; they’re highly engaged. As media gets more fragmented, the value of live is only increasing,” Murdoch stated at the Cannes Lions festival in June.

The Murdochs might have sold off a significant chunk of their assets, but the ones it still has are likely worth a lot more than people are valuing them.

Loews (NYSE:L), the New York-based holding company that once controlled CBS (NYSE:CBS), currently trades at 0.89 times book value. It has a total return year to date of 22.3%.

Loews is having a year in the markets unlike any it’s had in a very long time, yet you can still buy its stock for less than book value. 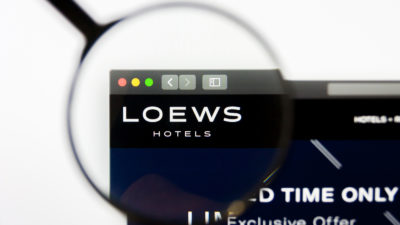 Loews’ holdings are a combination of public and private entities. It’s a sum-of-the-parts is worth more than the current valuation type of story.

Currently run by James Tisch, Loews biggest holding is an 89% stake in commercial property and casualty insurer CNA Financial (NYSE:CNA). As of March 31, Loews stake was worth $10.5 billion. Its current market cap is $16.8 billion.

In addition to CNA, it owns 53% of offshore driller Diamond Offshore Drilling (NYSE:DO), a holding that’s seen significant deterioration in the past few years. Currently trading below $10, DO traded as high as $50 in 2014.

The stake in DO alone makes Loews stock a good buy below book value.

Kraft Heinz (NASDAQ:KHC), the food conglomerate 27% owned by Warren Buffett, currently trades at 0.74 times book value. It has a total return year to date of -25.4%.

I have not been a fan of Kraft Heinz in large part because of its slash-and-burn style of running businesses. That said, I did offer up KHC stock in February as a good contrarian play. The caveat was that certain things needed to happen before its stock got higher. 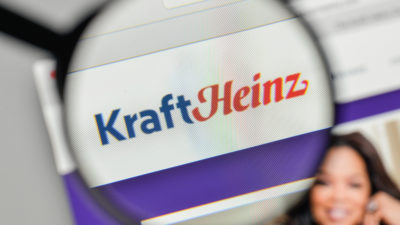 Those changes included paying down debt, getting rid of 3G Capital as a major owner of the company, and upping its innovation game.

To date, it hasn’t done much to meet my seven suggestions, except to replace former CEO Bernardo Hees with Miguel Patricio, the former chief marketing offer at Anheuser-Busch InBev (NYSE:BUD), another of 3G Capital’s investments.

It’s too early to say if Patricio can move the needle.

However, you can bet Warren Buffett’s going to do everything he can to turn around one of his worst investments to date.

Marathon Oil (NYSE:MRO), the independent Houston-based upstream oil and gas company, currently trades at 0.93 times book value. It has a total return year to date of -2.4%.

It has been eight years since Marathon Oil spun-off its refining business to focus on exploration and production. In that time, its stock has lost approximately 43% of its value. In 2011, it traded at 1.23 times book value. Today, its multiple is 26% lower. It might not trade at 0.44 times book as it did in 2015, but it’s still pretty darn cheap.

On July 1, MRO closed on the sale of its UK business so it could focus on its properties in the U.S. Over the past five years it has sold operations in 10 countries, leaving only its LNG operations in Equatorial Guinea as its only operating unit outside the U.S.

Switching its focus to low-risk, high-return investments in four of the major shale plays in the U.S., Marathon is looking to grow its output by 12% in the U.S. in 2019.

Fiat Chrysler (NYSE:FCAU), the eighth-biggest car and truck manufacturer, currently trades at 0.96 times book value. It has a total return year to date of almost 12.0%.

In late May, Fiat Chrysler made headlines by proposing it merge with France-based Renault (OTCMKTS:RNLSY). The merger would have made it the world’s third-largest automotive company. Fiat Chrysler called it off, but there is speculation merger talks might restart at some point. 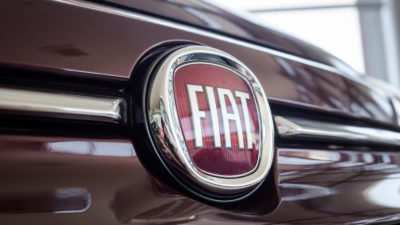 However, despite calling off the merger, Fiat Chrysler managed to deliver its best June U.S. monthly sales report in 14 years with its Ram trucks leading the way growing by 45% year over year. That offset weaker sales of its other brands, including a 12% drop in Jeep sales.

Cheaper than most of its automotive peers, I believe that FCAU stock has the best potential upside with or without Renault.

Park Hotels recently announced that it was selling three non-core hotels in Atlanta, New Orleans, and Parsippany, New Jersey, for gross proceeds of $166 million or $151,000 per key. 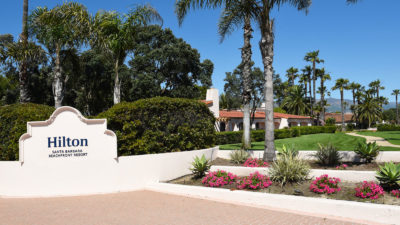 PK is doing so to reduce the amount of debt it has taken on to buy Chesapeake Lodging Trust (NYSE:CHSP), a $2.7 billion acquisition it announced in early May. The deal will create a hotel owner with 66 high-quality hotels in 17 states and the District of Columbia.

More importantly, for PK shareholders, it improves the REITs RevPAR by 4% to $182 with an EBITDA margin that’s 60 basis points higher at 29.7%.

Park Hotels was spun-off by its former parent, Hilton Worldwide (NYSE:HLT), in large part so that it could go its holdings separate from the hotel operations. While its stock hasn’t done much since the 2017 spinoff, the move to buy Chesapeake should change that in the next 12-24 months.

AerCap Holdings (NYSE:AER), the world leader in commercial aircraft leasing, currently trades at 0.79 times book value. It has a total return year to date of 26.7%.

Although Boeing (NYSE:BA) announced a third consecutive month with no new 737 MAX orders July 9, AerCap is unlikely to be hurt by the ongoing grounding of Boeing’s bestselling aircraft. 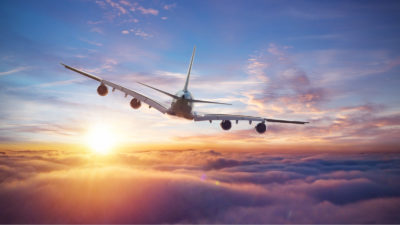 On July 8, AerCap accounted for the company’s major transactions during the quarter.

According to its press release, AerCap signed lease agreements for 48 aircraft in the second quarter, purchased 11 aircraft, sold 23 aircraft, and signed financing transactions for $1.5 billion.

AerCap makes money by buying planes and leasing them to airlines and other users of commercial aircraft. It owned 1,421 aircraft at the end of March with an average remaining lease term of 7.4 years, and a cost of credit of approximately 1% of its annual lease revenues.

It’s been profitable for the past 12 years.

As people travel farther and more often, AerCap is bound to benefit from the need for new aircraft.

Taylor Morrison Home (NYSE:TMHC) currently trades at 0.94 times book value. It has a total return year to date of 33.9%.

Based in Arizona, the homebuilder operates in eight different states including Arizona, Texas, and Florida. Recently, Taylor Morrison announced plans for a 1,750-home community in Sarasota, Florida. The master-planned development called Azario at Lakewood Ranch will include an 18-hole golf course, wellness and culinary centers, and even a lifestyle manager to help residents plan parties and special events. 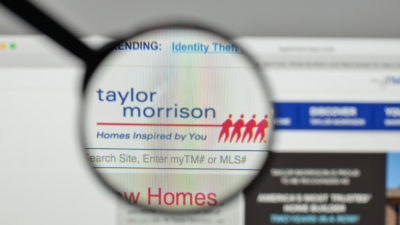 In fiscal 2018, Taylor Morrison closed on 8,760 homes, a 9% increase over a year earlier, generating $4.2 billion in revenue and making approximately 18.2% of the home price of every sale.

The company finished 2018 with 6,014 homes in its inventory, 38% higher than a year earlier. As it continues to close on this inventory, investors can expect its revenue and earnings to grow significantly.

As long as the economy remains strong, its stock from a price-to-book perspective is cheaper than it has been in several years.

DuPont is one of three companies created by the DowDuPont spinoffs that took place in April and June. More than three years in the making, the DuPont businesses leftover after spinning off both Corteva (NYSE:CTVA) and Dow (NYSE:DOW) are generally of above-average quality and should be able to keep growing. 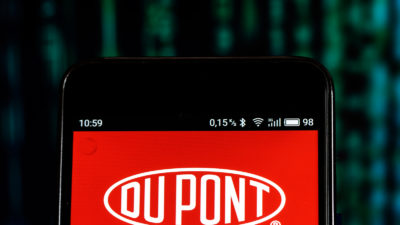 However, before it’s able to focus on the future, it needs to sell off some assets that don’t fit into its plans. DuPont has already found assets generating $2 billion in annual revenues to sell; the proceeds of which can be reinvested in businesses with greater potential.

Bank of America Merrill Lynch analyst Steve Byrne recently initiated coverage of DuPont giving it a “buy” rating and a $76 target price. Currently trading at $70, I believe the analyst is conservative in his price target. The average of 25 analysts covering its stock is $83.34. A total of 16 analysts have a buy or overweight rating on its stock.

It’s early in the DowDupont spinoffs, but I see good things happening from the lengthy process to deliver value for its shareholders.