One solution to bridge the gap between capital preservation, capital appreciation and income generation is to invest in dividend-paying mid-cap stocks. These are stocks with market caps between $2 billion and $10 billion.

The great thing about mid-cap stocks is that they tend to be companies that are growing but that have a focus on the domestic economy. That keeps them somewhat insulated from the effects of overseas turbulence.

With dividend stocks, especially dividend aristocrats, which have increased dividends for 25 years straight, investors can find an even better solution. These stocks generate income in good times and bad, providing a decent return even when there’s little upside potential.

If you’re looking for the best of both worlds, here are ten mid-cap dividend stocks to buy now.

Olin (NYSE:OLN) is a vertically-integrated global manufacturer of chemicals that include chlorine, caustic soda, bleach and many more. It’s also known for Winchester, a large manufacturer of ammunition.

Olin has three operating segments: Chlor Alkali Products and Vinyls, Epoxy and Winchester. In the most recent reported quarter which ended in December, its revenue fell to $1.387 billion versus $1.635 billion a year earlier. While it still makes money on an adjusted EBITDA basis — $91,9  million in Q4 vs. $283.2 million during the same period a year earlier — the company’s long-term debt of $3.34 billion is well over 100% of its current market cap.

As for dividends, it currently yields nearly 5.4% which is very attractive. OLN has plenty of free cash flow to continue paying it out to shareholders.

Embotelladora Andina (NYSE:AKO.B), otherwise known as Coca-Cola Andina, has been producing Coca-Cola (NYSE:KO) products in Chile since 1946. It also has operations in Argentina, Brazil and Paraguay.

Five Chilean families each own 20% of the holding company that controls Coca-Cola Andina through a 44.4% ownership stake. Coca-Cola owns 7.3% of the beverage company.

You’re not going to get capital appreciation like Amazon (NASDAQ:AMZN) but you will do well long-term buying AKO.B stock under $20. 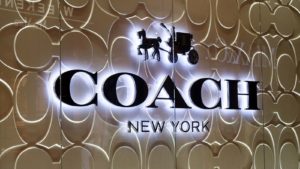 Tapestry (NYSE:TPR) is the parent company of both Coach and Kate Spade. Tapestry stock has fallen 15% over the last year, but it’s up 5% in 2020.

Although its Coach brand remains solid and reliable, Kate Spade, a brand it acquired in September 2017, has continued to report falling comp sales.It is not clear when Kate Spade’s business will recover.

Like a lot of names on this list, Tapestry has to be considered a deep value play at the moment.

In 2019, Tapestry still managed to generate $814 million in operating income from $6.03 billion in sales, despite a severe underperformance from Kate Spade. Equally important is the fact that Kate Spade’s operating income was $187 million in 2019, just $10 million less than the previous year on a 7% decline in same-store sales.

Down 15% in the last year, I like its chances (unless there’s a recession) of rebounding in 2020. 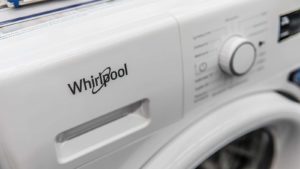 The U.S.-China trade war has not been kind to Whirlpool (NYSE:WHR), which has seen its volumes fall off a cliff due to a 12% increase in washing machine prices as a result of the tariffs on Chinese imports.

President Donald Trump wants Whirlpool to create U.S. jobs, but knocking $500 million off its quarterly revenue as a result of these tariffs is not the way to go about it.

Despite the sales and profit declines due to the tariffs, Whirlpool’s stock is actually up  15% over the last year.

A recent survey of appliance repair technicians found that Whirlpool has the most reliable washers, dryers and refrigerators as well as the second-most reliable stoves, ranges and dishwashers.

Yielding 3.1% despite a big rebound in 2019, Whirlpool will pay you to wait out the tariff war. 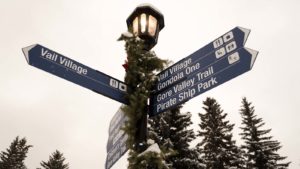 Just fitting in under the $10-billion ceiling for mid-cap stocks, Vail Resorts (NYSE:MTN) is up over 20% over the last year. The operator of ski resorts in the U.S. and Canada has an exemplary performance over the past 15 years — it’s delivered an annualized total return of almost 20% to its shareholders.

In July, the company announced that it would buy 100% of Peak Resorts, the owners of 17 different ski areas in the northwest U.S. including Mount Snow in Vermont and Wildcat in New Hampshire.

As long as interest rates remain low, you can be sure MTN will continue to gobble up ski resorts around the world, creating a tremendous amount of cash flow in the process. 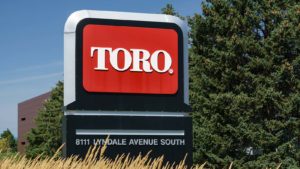 If you’re a golfer, you’ve likely seen Toro’s (NYSE:TTC) turf maintenance machines out on the golf course. Toro is the world leader in turf maintenance products. A few years ago, it got into the winter business buying Boss Snow Plows for $227 million.

Toro is one of those companies that delivers for shareholders, yet tends to fly under the radar.

Up 35% in the last year, TTC stock has a 15-year annualized total return of 16.5%, which is almost double the U.S. total market over the same period.

Last year Toro announced a new strategy for its underground construction business which would see it combine its Ditch Witch, American Augers and Trencor businesses under one operating unit.

By combining the three businesses, Toro will improve its marketing, sales and service while lowering the overall cost of providing these services. 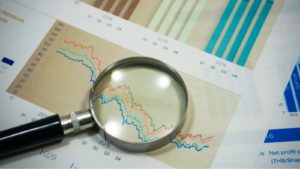 Although FactSet Research Systems (NYSE:FDS) has a market cap of $11 billion, above the high-end for mid-cap stocks, most mutual funds and exchange-traded funds will still buy FDS because the $10-billion ceiling is more of a guideline than a hard-and-fast rule.

FactSet, for those unfamiliar with the company, provides financial data and portfolio analytics to the investment community. Approximately 83% of its annual subscription revenue comes from buy-side clients including mutual funds and pensions.

FactSet’s stock has jumped 31% over the last year. Over the past 15 years, it’s averaged an annualized total return of 16.7%, far superior to the total market.

In the latest reported quarter, FactSet’s earnings per share jumped 12% to $2.43 on a 4.3% increase in revenues.

At 31 times  earnings, FDS stock isn’t cheap, but in the long term, you’re going to be happy you own it. 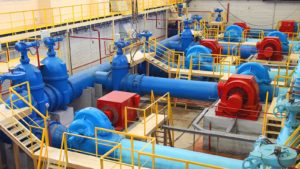 The utility was previously called Aqua America and its stock symbol was WTR. It changed its name to Essential Utilities and its stock ticker to WTRG as of Feb. 3.

Up 13.6% over the last year, WTR stock yields a reasonable 1.76% while providing attractive capital appreciation.

Over the past 15 years, it’s achieved an annualized total return of 10.3%.

With a second platform for growth, investors can expect double-digit returns over the next three to five years. 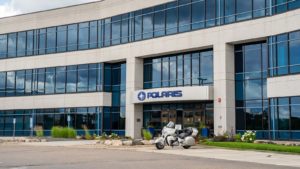 At the end of July, Polaris (NYSE:PII) launched its 2020 lineup of side-by-side and ATV offerings, just in time for the company’s 65th anniversary.

In 2019, Polaris’ bottom line was hit by Chinese tariffs. Nonetheless, it still  generated net income of $324 million for its fiscal year that ended last month.

Polaris participates in a very cyclical business. While I like the company’s overall portfolio of products and fully expect it to deliver for investors in the long term, you do have to have a buy-and-hold view in order to profit from PII stock. There will continue to be large peaks and valleys in its stock price. 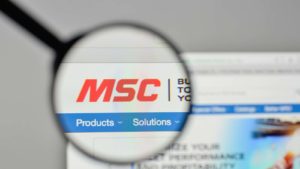 MSC Industrial Direct (NYSE:MSM) is an industrial distributor that provides more than 1.6 million products from over 100 branches and 12 fulfillment centers to customers in the U.S., Canada, Mexico and the U.K.

Trading at 14 times its forward earnings, MSM stock is a nice value play at the moment.